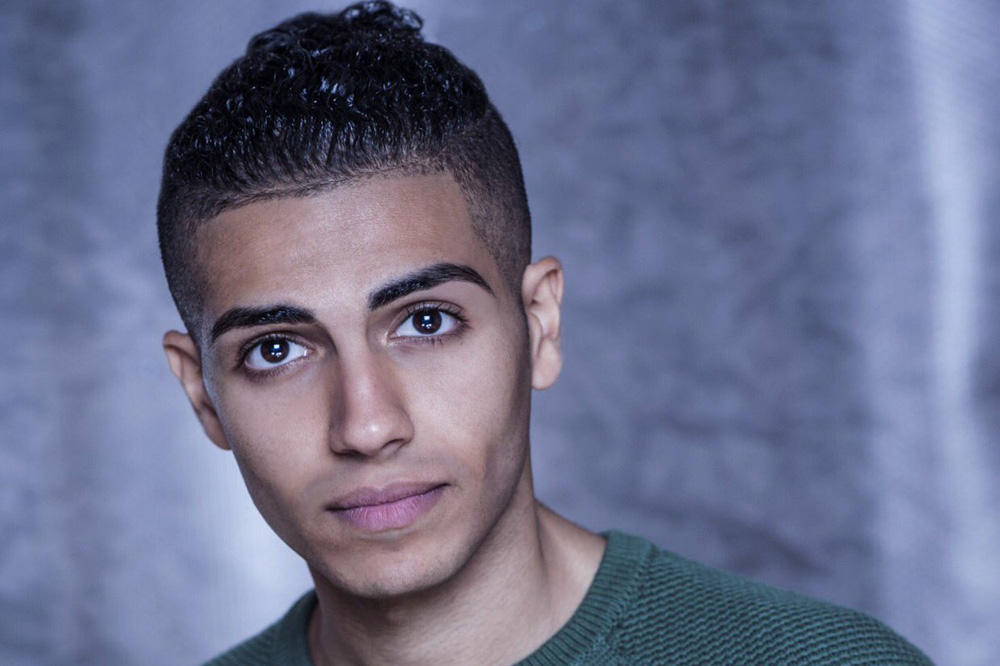 Get to know Mena Massoud, the Egyptian actor set to rise to mega stardom as he takes on the role of Aladdin.

A ‘whole new world’ has opened up for Egyptian-born Mena Massoud after he was recently picked to play Aladdin in the upcoming live action reboot of the Disney hit named after the character. Landing the coveted role is a major break for the newcomer, who was making ends meet by serving at El Catrin just last year.

Disney was reportedly struggling to cast the lead roles for the Guy Ritchie adaptation. While looking for the perfect person to play the street kid who woos a princess with the help of a genie, they wanted an actor from Middle Eastern descent who can sing as well as act. The revelation started an online frenzy of suggestions, from Aziz Ansari to Riz Ahmed, Dev Patel and Kumail Nanjiani. But we’re all for their carefully thought out choice. Massoud has expressed his excitement, posting: “So honored & grateful for the opportunity to help bring this magical story to life once again. Let's get to work!” The 24-year-old will play the protagonist alongside English actress Naomie Scott (Princess Jasmine) and blockbuster star Will Smith (the Genie).

Here are some facts we learned about the soon-to-be-very-famous actor we’re falling for fast. Who can resist all those wild curls, shirtless gym selfies and philosophical comments?

It was in that moment, as he looked into her eyes, that he saw a soul so beautfully captivating that he could not but help remember the vastness of the galaxies above. The stars that shined as bright as her two illuminating eyes. Find your inspiration. Use it to drive your passion. Go out and get it. #passion #drive #focus #poetry

A Multi-Cultural Background
Although he was born in Egypt, health conscious Massoud grew up in Markham, Ontario after the family moved to Canada when he was three. He graduated from Ryerson University's performance acting programme in 2014, however he initially started his university years at the University of Toronto.

"I left UofT after I auditioned and was accepted into Ryerson and I haven't looked back from there," he told “The Arts Guild” in an interview. “Ryerson helped me because I was around acting all the time. It was pretty much all I thought about, even if I didn't really get to practise every day; I definitely thought about it. Actually a lot of it was just sitting and watching, especially in my last year, but I think a good actor learns from everything. A good learner learns from everything!"

It's been a great week w/ a lot of promise ahead. Fight to do your absolute damn best each and every day at every single thing in your life - no matter the obstacles. Go get it. #happyfriday #theweekend #hustle

Cynthia Ashperger, the Director of the programme Massoud chose, taught him in his third year at university. She told CBC Toronto: "It couldn't have happened to a better guy. He's got a great work ethic, great humility. He isn't just a two-dimensional pretty boy. He really has the depth and substance as well as the good looks.”

An Actor on the Rise
Massoud's previous roles saw him starring in the TV drama “Open Heart” and the supernatural “Saving Hope.” He was cast as Jared Malik in 2015 in the Teen Nick medical drama, and while talking to “Defective Geeks,” Massoud said he related to Jared’s character.

"It was like playing myself to the next degree and getting to explore that side of me," Massoud said. "Many people might watch the show and not like Jared at first glance but I've grown to really like him and understand there is more going on under the surface, like most of us." The ultra fit Massoud, just check out his Instagram account chockablock with shirtless photos, has also had a small role as an Al Qaeda operative in a 2011 episode of "Nikita."

This certainly seems to be Massoud’s year. In addition to playing the lead role in a huge Disney film, he will also be appearing in Amazon's “Jack Ryan” series starring John Krasinski and Timothy Hutton. In the TV version of the Tom Clancy book, Massoud will play Tarek Kassar, defined as "the best and brightest" of the CIA analysts. According to IMDB, Massoud is in six episodes of the show. Plus, the burgeoning actor has come aboard “Strange but True,” a film about a young woman who unexpectedly finds herself pregnant five years after he boyfriend died.

Inspired By Robin Williams
Being cast in “Aladdin” was especially meaningful for Massoud. He counts Robin Williams, who famously voiced the Genie in the original 1992 animated movie, as one of the actors who has inspired him the most. Massoud, who is vegan and loves cooking, finds all of Williams’s work stimulating, especially “Mrs. Doubtfire.”

"[Williams] was an incredibly well-rounded actor but I grew up on his role in “Mrs. Doubtfire,"” Massoud said to “The Hudsucker.” "That role by itself is very well-rounded and he goes through an amazing journey in that movie. I think it's very underrated."