Best of luck in the next Olympics Aziza! 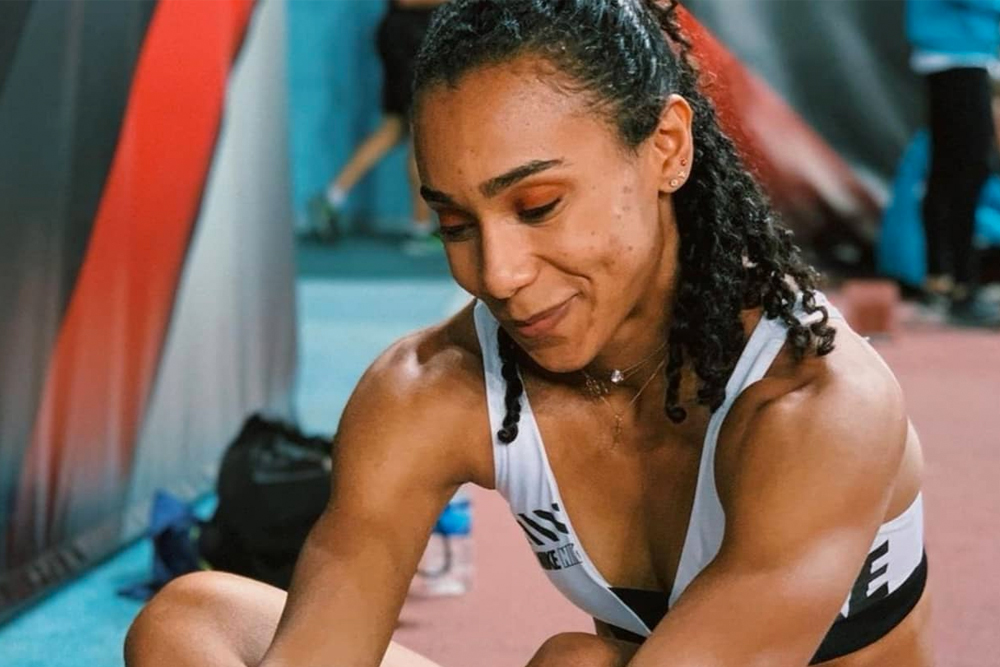 In February of this year, Lebanese athletes headed to Istanbul for the three-day Turkish Indoor Athletics Championships, and there they broke several national records. Amongst them was Aziza Sbaity, a Liberian Lebanese track and field athlete, who set two new national records in the 200-meter race and nabbed the first place.

Sbaity is arguably the nation’s most celebrated athlete today, described as the fastest woman in Lebanese history. Sbaity is now working on expanding her title from the country’s fastest woman to participating in the next Olympics. Along with one other athlete, she was scheduled to take part in the 2020 Tokyo Olympics in 2020, but the event was postponed to the ongoing global pandemic. While the world waits for the COVID-19 crisis to dissipate and events such as the Olympics to resume, Sbaity continues to train in preparation.

Now 30 years of age, Sbaity’s lifelong journey as an athlete has been one not only marked by achievements but also one that was born out of her identity as a child of two nations. Being the country’s only black Lebanese track and field athlete to date, her mother from Liberia, her father from Lebanon, Sbaity’s discovery of track and field early in life became a way to forge her identity.

From having to deal at a very young age with her country and a society that is still today not accepting of its diversity, Sbeity rose above the challenges, starting from Grade 6, when her school’s coach noticed her athletic talent and encouraged her to hit the track running. Today, after years competing without real training and then training to compete with the region’s best, Sbeity has become a true rising star, breaking record after record for Lebanon.

When Sbaity isn’t on the track, and she is most of the time, she enjoys time with family and friends, preferring small intimate gatherings with her closest mates. She has credited her love and pursuit of her sport to her parent’s constant encouragement and support.