Abla Fahita is Egypt’s much-loved TV actress, and despite being a puppet, she happens to be making the news as she is collaborating with sportswear giant, Adidas.

In the new advertisement campaign launched by Adidas, that is shared on her Instagram account, Abla Fahita is pictured wearing a “more sustainable” version of the brand’s iconic Stan Smith sneakers.
In her fully branded Adidas look, Fahita is also sporting a logoed jacket, socks, and a pink skirt, finished with a green wig in support of the brand’s initiative to “end plastic waste,” and go green.

Abla Fahita is better known for her Netflix series, “Drama Queen,” which is a six episode series in which she is seen to be starring alongside her children, Caro and Boudi, in an action-packed comedy adventure. Egyptian actors, Bassem Samra, Donia Maer and Osama Abdallah, also star in the series, and Fahita, who was created by Hatem El Kashef is also voiced by her. 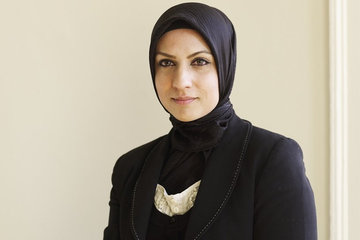