The Future Is Female For Middle Eastern Art, Thanks To These 8 Trailblazers 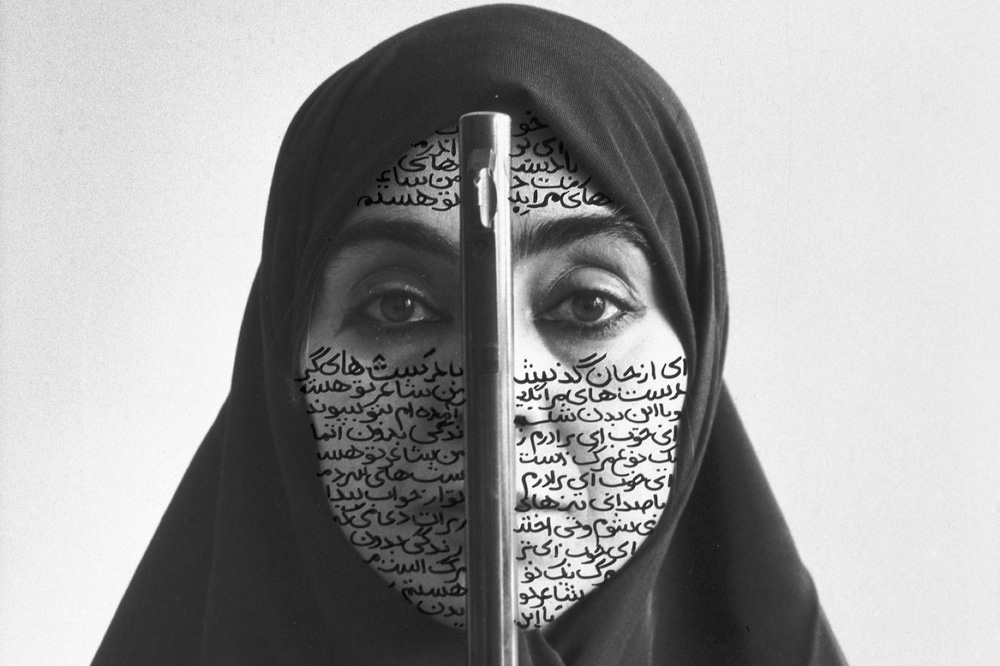 Female artists have slowly but surely been closing the gender gap in the Middle Eastern arts scene over the last decades. Rather than back down from an industry traditionally dominated by men, female artists have used this adversity as a challenge to be overcome, creating more subversive, imaginative and innovative art than would have ever been expected from the region. The rest of the world has been quick to pick up on this talent, with the work of female artists from the Middle East being exhibited in museums from London to New York.

Here’s our roundup of 8 trailblazing female artists from the Middle East: 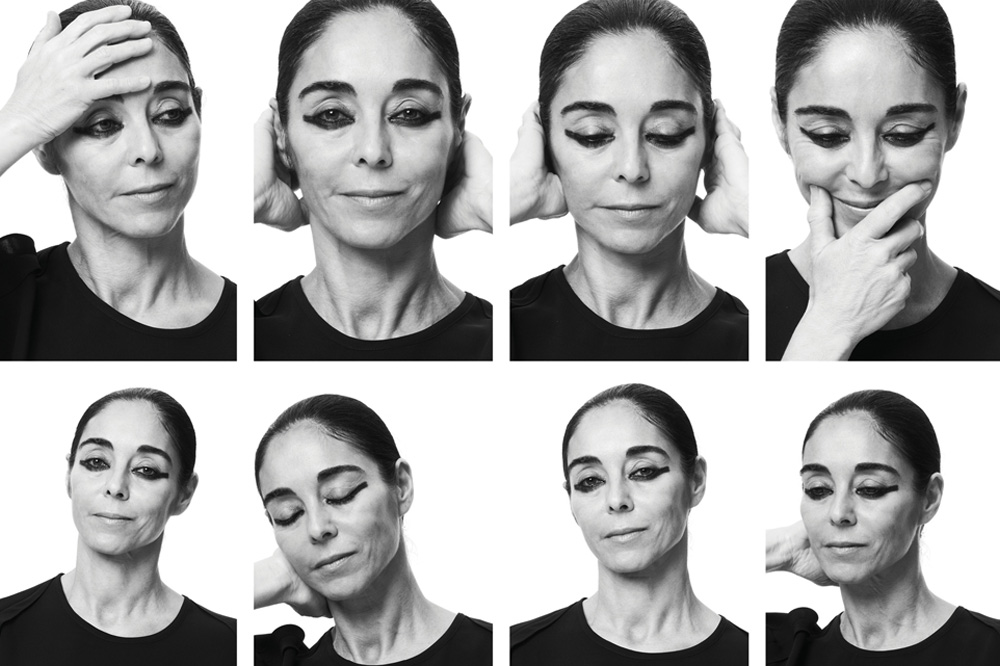 Shirin Neshat is a mixed medium artist who utilises film and photography to comment on the intertwining issues of gender, femininity, religion and violence in Iran. Her work is known for using visual contrasts - such as black and white, light and dark - as tools for political statements. Some of her best-known work includes The Women of Allah series (1993-1997), which is a series of female portraits with their faces covered by Farsi texts, handwritten by two feminist Iranian poets. The series reflects Neshat's reaction to post-revolutionary Iran, which she found unrecognisable after her time abroad. 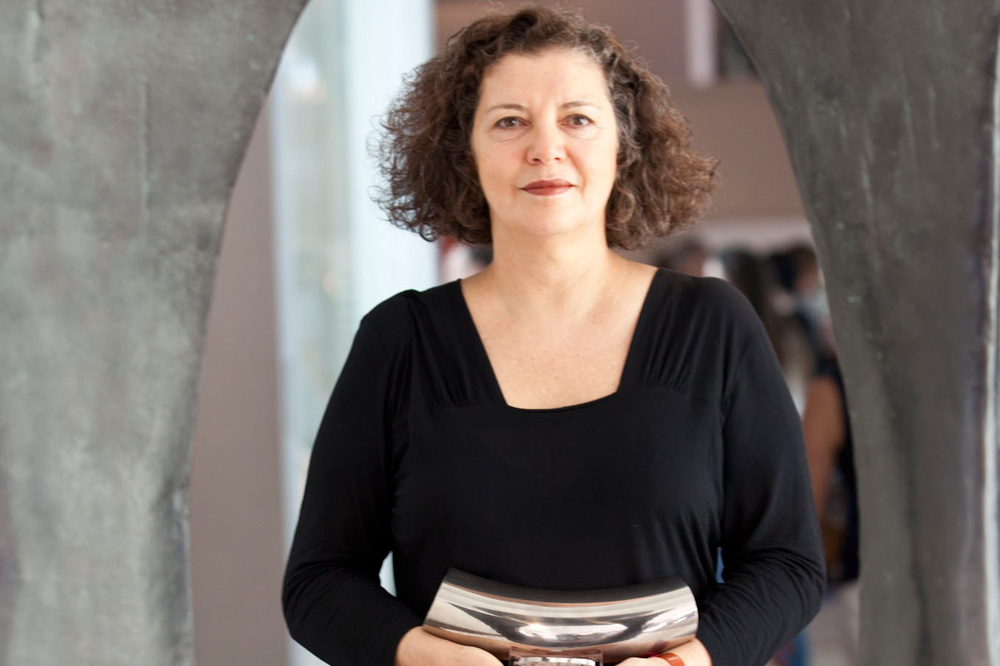 Mona Hatoum uses her experience as a displaced Palestinian as inspiration for her work. Her art uses everything from performance, videos and installations to discuss themes related to the nomadic lifestyle including travel, movement, culture and people. Her most thought-provoking work includes Slicer (1999), Paravent (2008) and Daybed (2008), which use out-of-proportion utensils and objects to raise questions about society’s relationship with shared spaces and the notions of freedom and captivity. 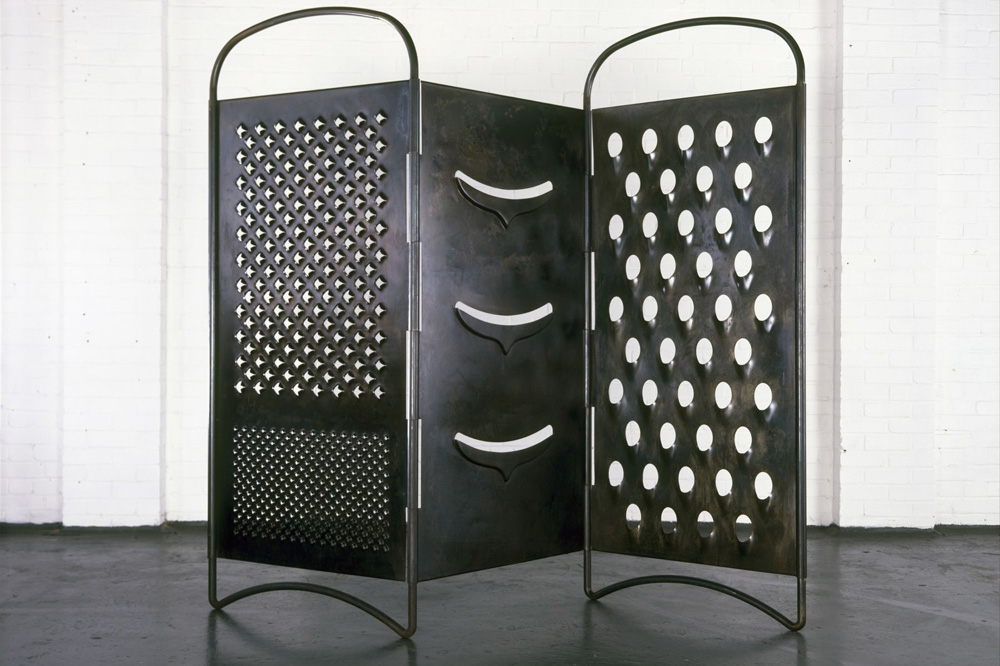 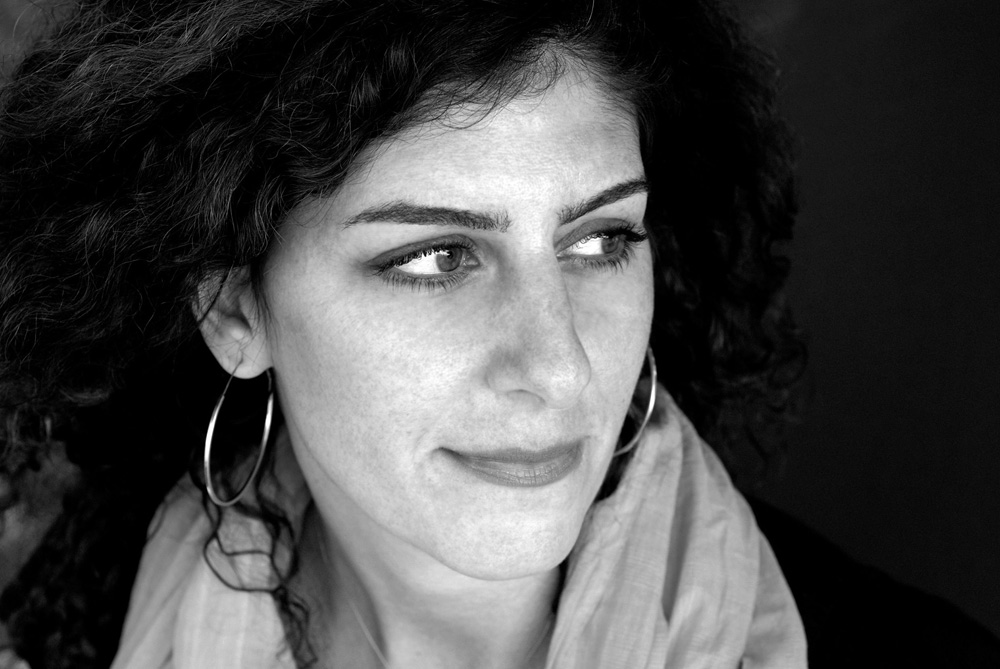 Emily Jacir is a deeply political artist who uses a combination of audio-visual media to advocate for Palestinian rights. Her work Memorial to 418 Palestinian Villages which were Destroyed, Depopulated and Occupied by Israel in 1948 (2001) is a tent for refugees on which 140 people - including Palestinians and Israelis - sewed the names of destroyed Palestinian villages. Another subversive piece, Sexy Semite (200-2002) invited 60 Palestinians to post ads in The Village Voice magazine’s personals section, seeking Jewish romantic partners to marry, in order to invoke Israel's Law of Return and be able to return to Palestine. Jacir was also awarded the Golden Lion at the Venice Biennale in 2007 for her installation Material for a film (2005), which tells the story of the assassination of Palestinian writer Wael Zuaiter by Mossad agents in Rome in 1972. 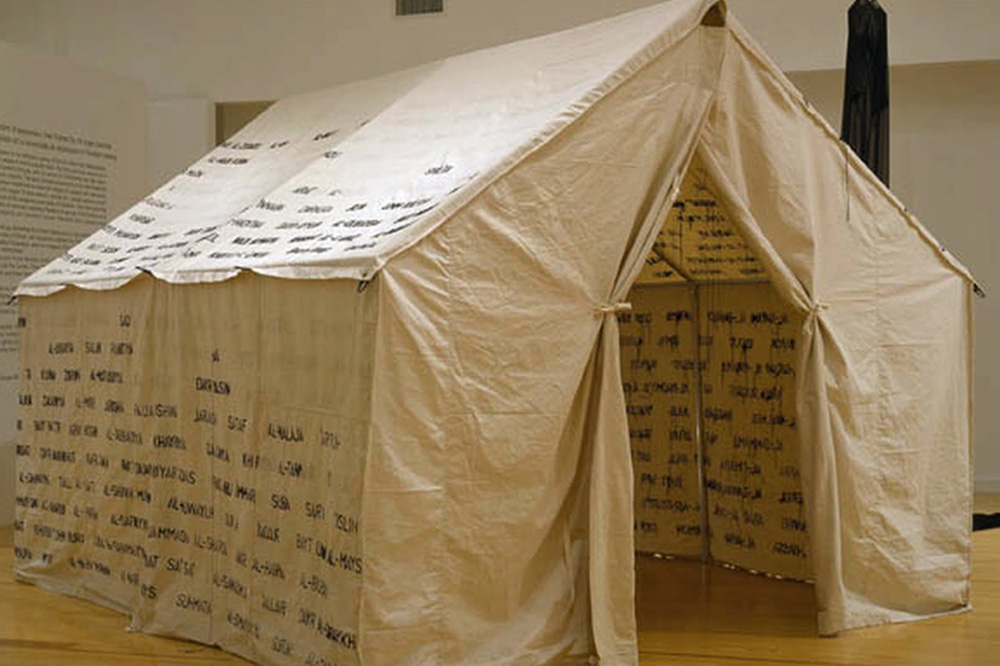 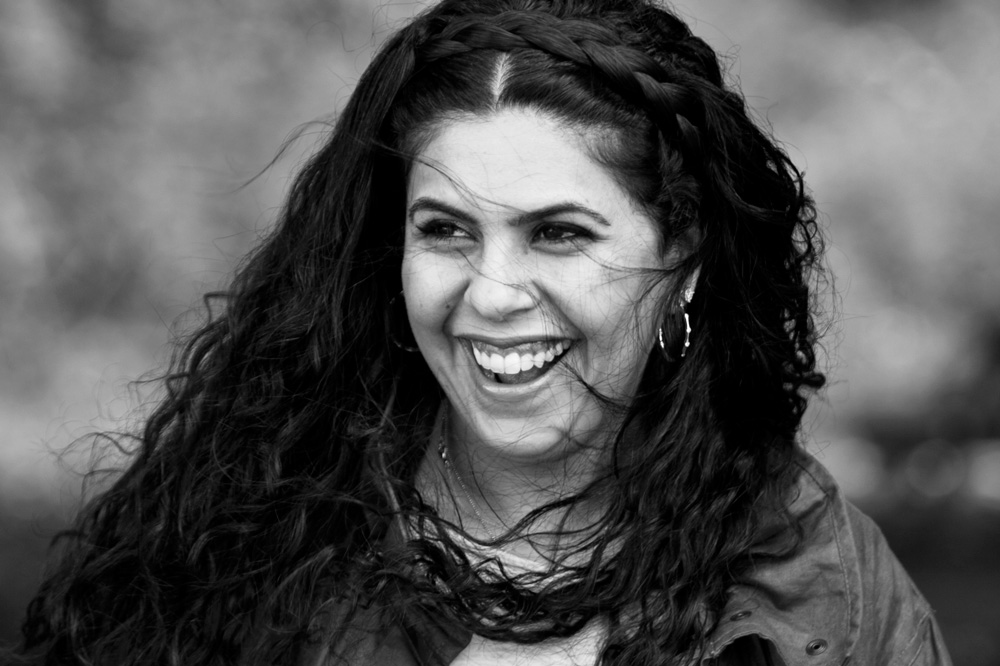 Manal Al Dowayan is one of the most regarded artists in Saudi Arabia and uses women’s experiences in the country as her main source of inspiration. She uses a mix of photography, installations, textiles, paints and lights to create complex and layered pieces of art. Her most political pieces include the photographic series I AM (2007), which she created in response to King Abdulla Al Saud’s speech stating the importance of women’s participation in the workforce. The photographs show professional women in Saudi traditional dress and jewellery donning accessories used in traditionally male fields, such as a stethoscope. Al Dowayan is best known for the installation she contributed to the Venice Biennale in 2011 entitled Suspended Together (2011). The piece is made up of 200 fiberglass doves with travel permission documents printed on their bodies, symbolising Saudi women’s need for a guardian’s permission before being able to travel. 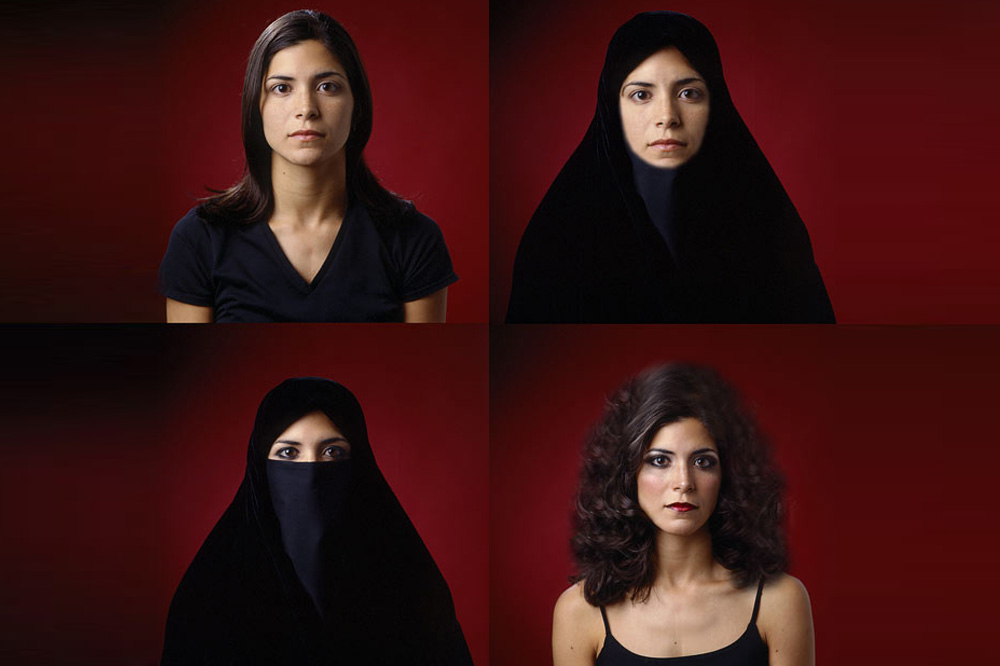 Boushra Almutawakel’s art explores the west’s obsession with veiled Middle Eastern women post 9/11. She aims to challenge stereotypes about the veil, which is widely viewed to be a symbol of oppression or an enticing accessory that hides an exotic beauty. Her work, which often features women wearing the hijab, gives them the opportunity to be more than just a stereotype. It reflects the real lived experiences that come with covering one’s body, from freedom, power, culture, protection, danger and beauty. She is known for using dolls in her photographs as representations of Muslim women, such as in her series featuring Fulla, the Muslim Barbie doll who wears the veil. A doll is also present in her hijab series Mother, Daughter, Doll, which features the three subjects becoming more and more covered in each photograph. 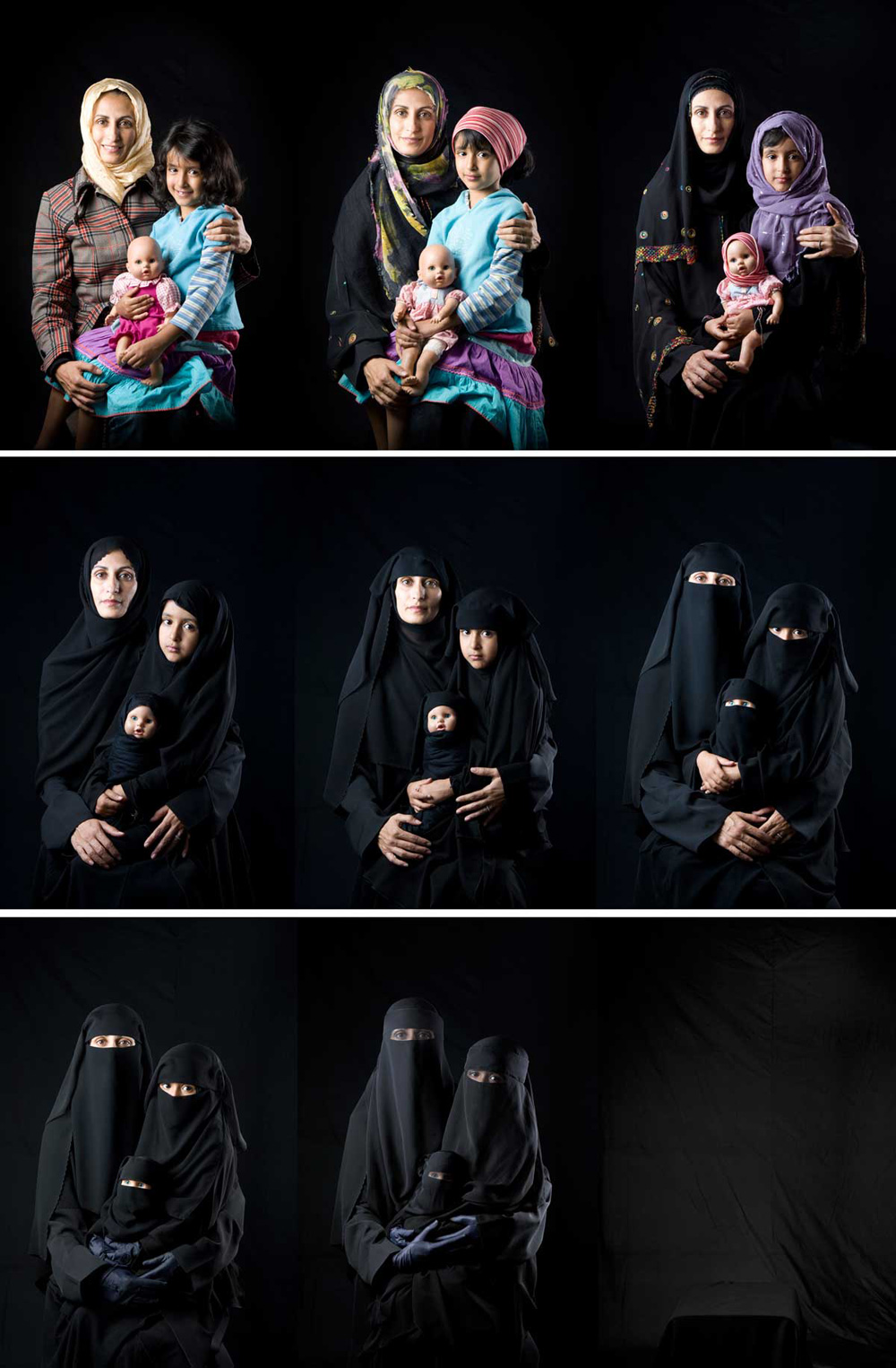 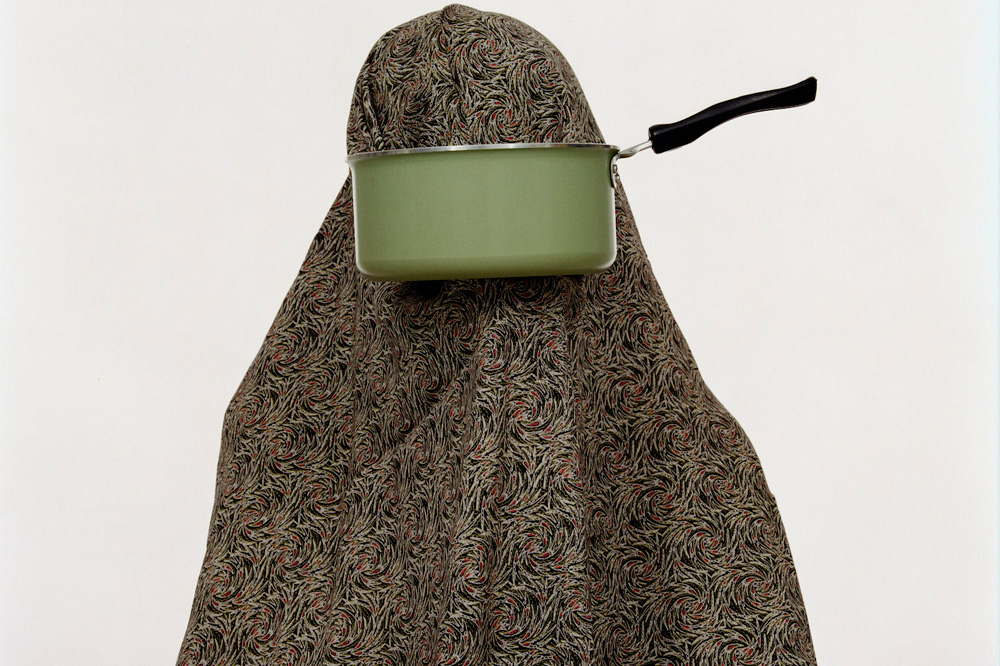 Shadi Ghadirian is an Iranian photographer whose work is a pointed commentary on the lives of Iranian women in a patriarchal society. Her series, Like Everyday, features images of veiled women with household objects covering their faces. The use of objects generally associated with housewives highlights the ridiculousness of trying to turn women into one-dimensional beings rather than accept that they are just as complex and interesting as men. Ghadirian also explores the anxiety that comes with the constant threat of war through the series Nil Nil, which shows weapons being treated as domestic objects, such as a gun being placed in a fruit bowl. 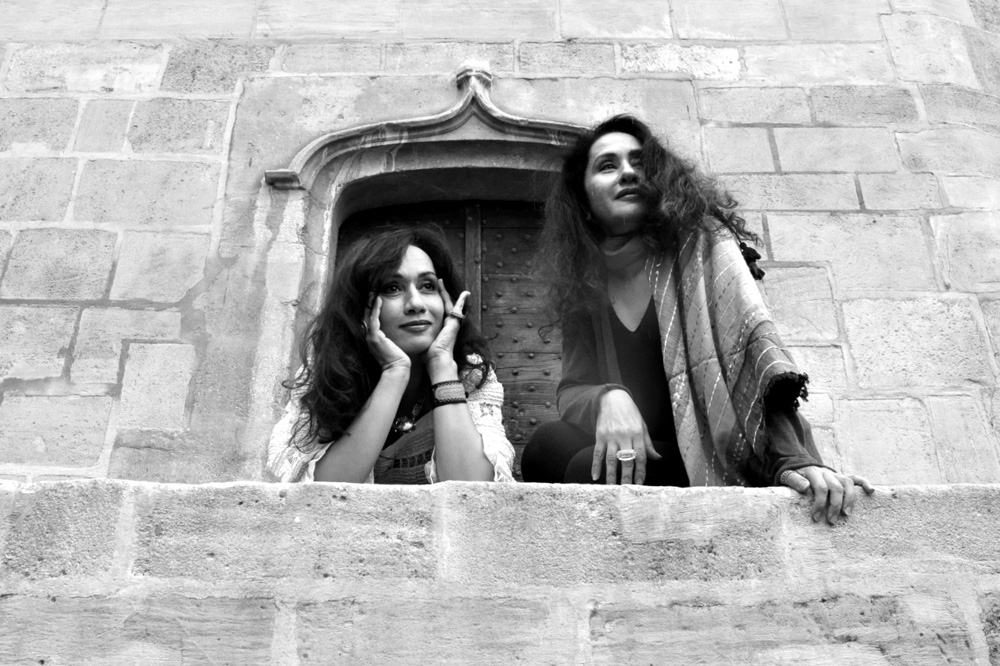 The sisters Shadia and Raja Alem fuse their individual talents of visual art and writing to create complex installations commenting on globalisation. They were the first artists to represent Saudi Arabia at its first Venice Biennale pavilion in 2011. Their installation The Black Arch, explored the significance of the colour black in Saudi culture and its constant presence in the form of Saudi dress, the covering of Ka’aba and the black stone. The piece also weaved together connections between Mecca and Venice by infusing the sound of pilgrims with those of seagulls, imitating the dialogue between East and West.

8.Lamia Joreige – Lebanon
Lamia Joreige uses art and film to explore the importance of memory in recalling historical events such as the Lebanese war. She uses archived documents, fiction and historical accounts to weave stories together and examines the impossibility of fully recounting or reconciling with the past. Her film Here and Perhaps Elsewhere (2003) follows her journey and personal encounters along Beirut’s invisible Green Line, which divided the city between East and West. Her series of photographs Night and Days (2007) records her experiences of war and its physical and psychological effects on a place.