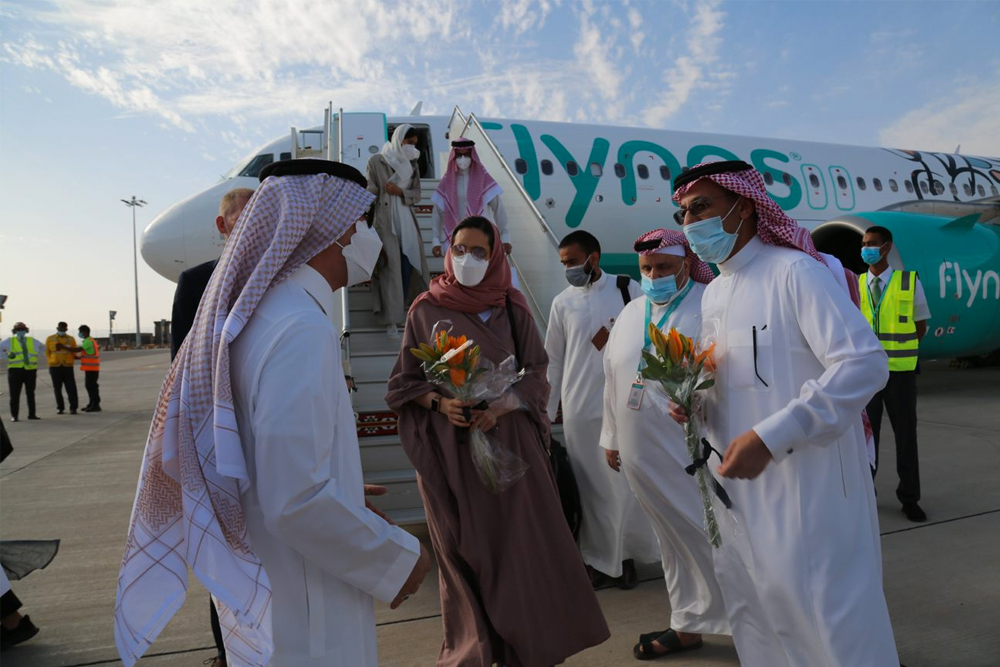 Located 1,100 km from Riyadh, in North-West Saudi Arabia, Al Ula is a place of extraordinary natural and human heritage. The vast area, covering 22,561km², includes a lush oasis valley, towering sandstone mountains and ancient cultural heritage sites dating back thousands of years to when the Lihyan and Nabataean kingdoms reigned.

On March 17th 2021, Flynas, the Saudi Air Carrier, inaugurated the first of its flights to the historical city of Al Ula in a direct flight from Riyadh. The new route utilizes Flynas’ A320 neo aircraft, the latest addition to the carrier’s fleet, bearing the Design of ‘Year of Arabic Calligraphy’ as part of its contribution to the Ministry of Culture’s initiative in this direction. Upon its arrival at Al Ula International Airport, the aircraft was welcomed by a delegation on behalf of the Royal Commission for Al Ula (RCU) and a number of airline’s affiliates.

Commenting on the inaugural flight, Flynas’ CEO Mr. Bander Almohanna extended his gratitude to the General Aviation of Civil Authority (GACA) and the RCU for their efforts and collaboration with the airline in achieving the shared goal of increasing access to the historical city of Al Ula as the destination continues to open up to tourism and offer more heritage and culture experiences, “Flynas has been keen on offering the best service for travelers interested in visiting this unique historical city, in accordance with the airline’s overarching strategy that aims to take travel in the Kingdom to the next level, in both services and cost. This serves to transform the Kingdom to an international touristic destination, in alignment with Saudi Vision 2030.” 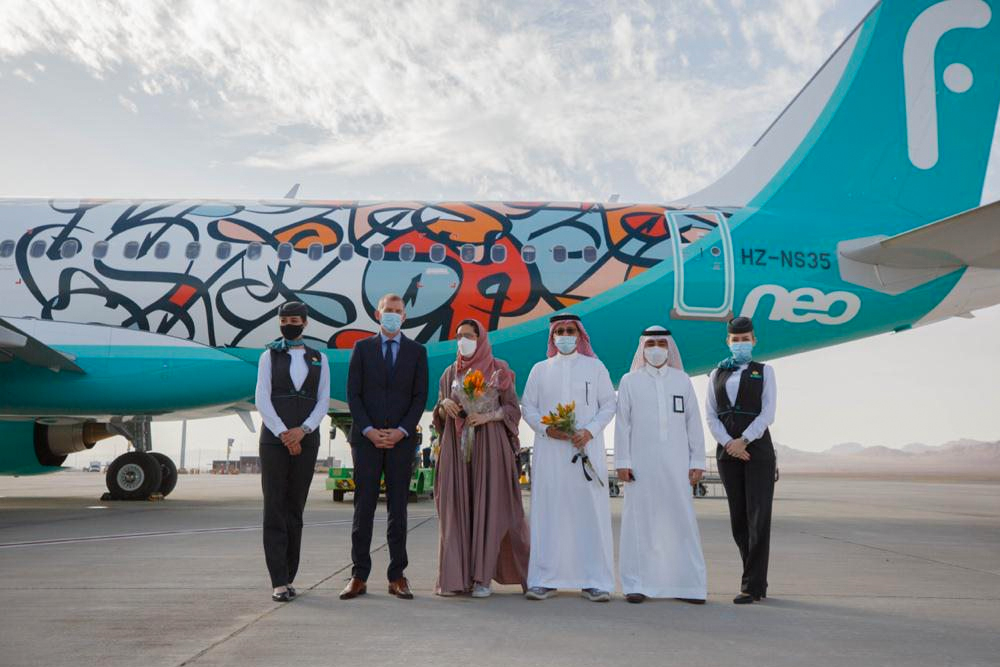 Phillip Jones, Chief Destination Management and Marketing Officer at RCU also added, “We welcome Flynas to Al Ula and look forward to more domestic flights with Flynas from other destinations in the Kingdom. Al Ula is a place like no other in the world and we encourage residents of the Kingdom to experience their unique culture and heritage now while they have the destination to themselves.”
He said, “With the recent renaming of Al Ula International Airport, we are preparing to open up to international tourism and cement Al Ula’s position as a globally significant UNESCO destination, but with a modern and future-focused take on tourism. We are working on connecting the culture of the past with the possibilities of future, to present a world-class boutique destination to the world.”

Al Ula is the latest addition to Flynas’ domestic network, facilitating two weekly flights (on Wednesdays and Saturdays) between Riyadh and Al Ula.