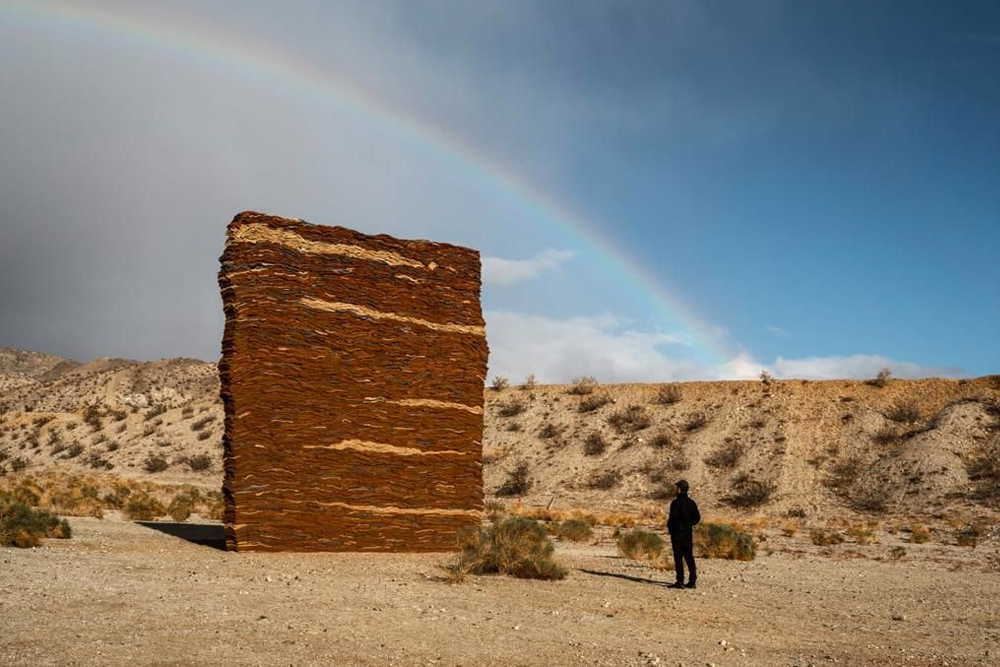 In its 13th edition, the show opened on the 12th of March, and will be running for two months. Saudi artist, Zahrah Al Ghamdi unveiled her installation entitled, “What Lies Behind The Walls.” The piece is an enormous sculptural wall constructed from around 6,000 tiles featuring soils and cements that have been stacked to form intriguing patterns.

Al Ghamdi grew up in Al-Baha in the south-west of Saudi Arabia, and her experience of domestic architecture there informs her artistic practice. Graduating in 2003 with a degree in Islamic Arts at the King Abdul Aziz University, she also worked there as a lecturer before moving to the University of Coventry in England to study for an MA, before obtaining her PhD in Visual Art.

Zahrah Al Ghamdi's artistic practice focuses on creating large-scale pieces inspired and driven by the experiences of Arab women. In Venice, her installation was made up of 52,000 pieces of re-worked leather inspired by organic forms, her home in Al-Baha and Aseeri ornaments. The work took its title from a sixth-century poem by Zuhayr bin Abī Sūlmā.

Not the first time showcasing her work at a biennial, last year, Desert X Arts Biennial chose Al Ghamdi as one its artists for installations in Al Ula. Her installation featured 6000 date tins placed in the land to reflect the idea and movement of a river.

Fellow female Arab artist, Egyptian Ghada Amer, is also presenting her work at California’s Desert X Biennial. The New York based artist’s work, entitled “Women’s Qualities,” features large letter shaped planters with desert plants in them, spelling out words such as “Resilient”, “Strong” and “Loving.” The way in which Amer chose those words was by polling a number of communities of men and women and asking them to share the words and qualities that best described them.

Here we see @alghamdi_zahrah’s phenomenal installation, entitled ‘What Lies Behind the Walls’ at Coachella’s #DesertX2021.
The awe-inspiring art captures passages of time and desert transformations, now stood still for all to see.#DesertXAlUla#ExperienceAlUla pic.twitter.com/lZcBZORRZg