Mona Haydar Wraps Her Hijab to the Beat 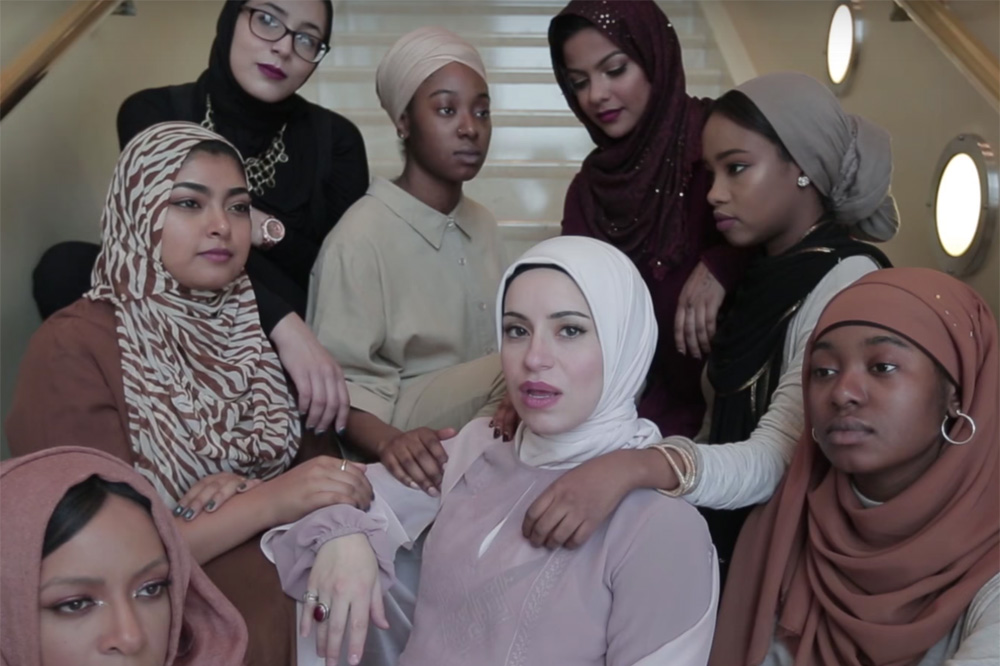 “Mona Haydar. I am the daughter of Syrian immigrants, a rapper— experiencing cognitive dissonance.” That is how the 28-year-old poet and rapper introduces herself on her website, monahydar.com.

Just four months ago, the Syrian-American artist released her first influential tune and video- “Hijabi” (Wrap my Hijab). At present, the video has gathered over a million views. But, scrolling down we see that the likes to dislikes ratio is almost fifty-fifty. All at the same time, the three minute hit is deemed both brilliant and controversial, but why? 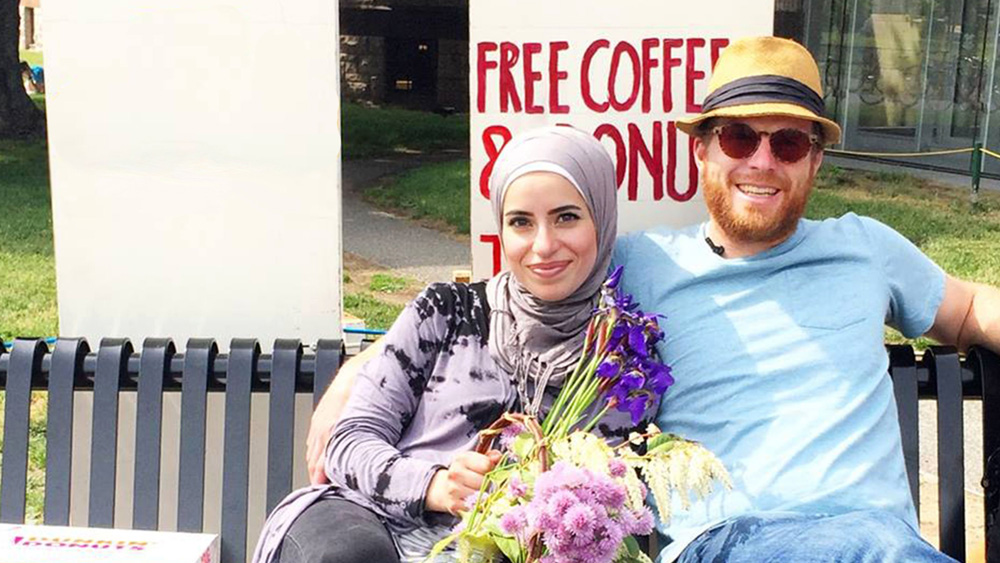 Mona Haydar and her husband

Rocking her hijab, Haydar was asked about the backlash she had been receiving, this is what she told Huffington Post: “I’m not a kid rushing into my art. I’m a grown woman who believes that art can change the world,” she continued, “I’m not worried about the haters. They’ll get on board eventually and I will welcome them with all my love when they do. In the meantime, I still love them dearly.”

Despite the haters telling her “no”, the poet believes that her art says the opposite. Her art, in the form of seriously catchy rhymes is meant to inject love and strength into women all around the world, but especially Muslim women. She thought that it would be a splendid idea to have a Muslim woman who experiences hijab on a daily basis write a song about just that- wrapping her hijab! 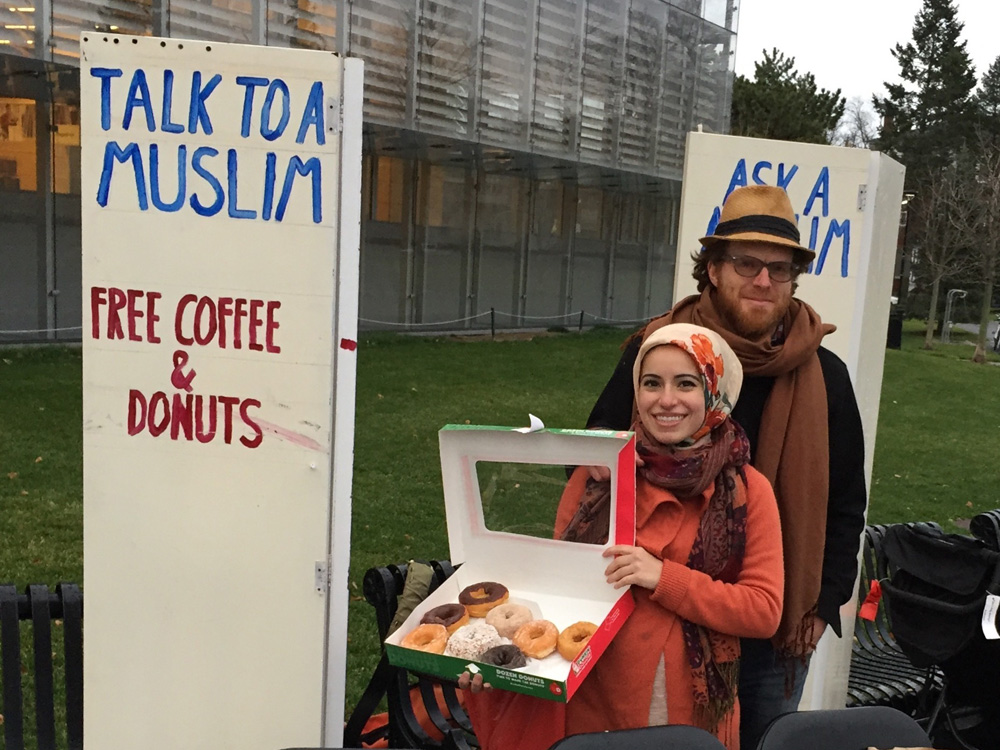 Mona Haydar during the 'Ask a Muslim Campaign'

She sings: All around the world, Love women every shading, Be so liberated. Reading between and beyond the lines of her lyrics, we find a message about choice- whether you wear a hijab or not, women are forever worthy of kindness, love, and respect.

While shooting her debut music video, she was eight months pregnant with her son. Apart from enjoying motherhood, Haydar is working towards her master’s in theology. And her work doesn’t end there, she also teaches creative writing, Islamic spirituality, and leads workshops.

Did you come across the hashtag #AskAMuslim in March, 2016? Well, Haydar and her husband, Sebastian, were behind that. Tired of hiding in their apartment after a series of terrorist attacks, the couple set up large signs near a park bench that read “Ask A Muslim” and “Free Coffee and Donuts”. Support flowed in as people shared their experiences, advice, and appreciation for what the couple was doing.

The fierce rapper will continue to spread love no matter what- writing on Twitter: “I will love so deeply. So fully. So fiercely that none will be able to doubt. None will forget what I'm about. It's that unconditional.” She announced to followers that her next single, “Dog”, comes out on the 17th of July. 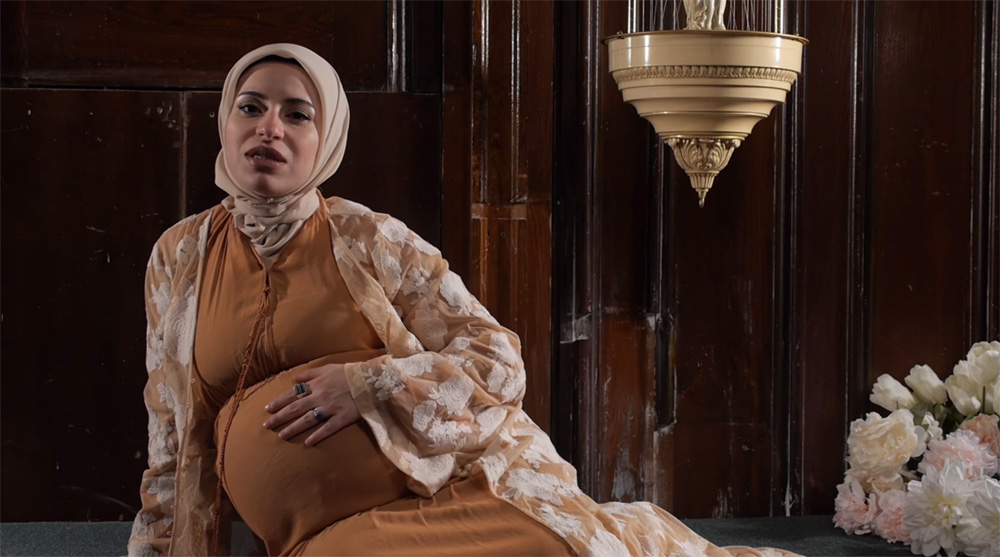 Screen grab from her 'Wrap my Hijab' music video.

To wrap up her introduction, Mona invites everyone to join her journey of love-
But I truly believe in this more beautiful world
And I will dedicate every moment of my life to building it
Because what else have we got to do?
Let’s build that world together.
You down?