7 Adorable Moments from the Grammys This Year 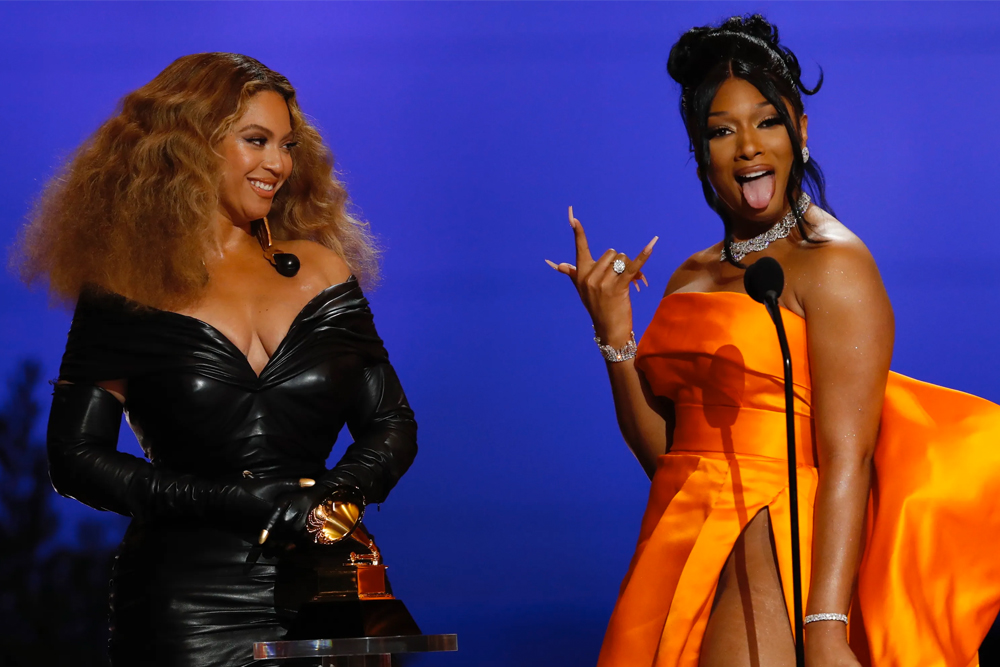 Grammys celebrate pop culture, music and stardom, and despite this year's pandemic challenge, the 63rd edition was no different. Here are some priceless moments to remember from this year's virtual Grammys:

taylor swift is so happy for harry styles. i love it #GRAMMYs pic.twitter.com/lk17NTphsU

2. It was no surprise that Beyonce wrote history as she became the female artist with highest number of Grammy Awards.
And this iconic gif, of course.

3. Megan Thee Stallion's acceptance speech for her win was basically a fangirl praising moment of the Queen B herself.

4. It looks like Taylor Swift's enthusiasm could fit the place. Just look at her clapping for Beyonce:

5. Grammy-winner Dua Lipa revealed that one of her dream collab would be with none other than Cardi B

Dope .....mhhhhmmm I wonder how that would sound like ? https://t.co/Nt4Q8obYFL

6. Ariana Grande gave Gaga all her love on Twitter after Rain on Me won the Best Pop Duo category.

eternally, deeply grateful for u, for this experience, to have been a part of this song and this celebration of healing and recovery, to be able to dance in the rain with u, to call u my dear friend & to now share this. beyond thankful. congratulations queen, ti voglio bene !

7. Megan Thee Stallion and Billie Eilish hugging backstage and supporting each other. Can we expect a collab soon guys?