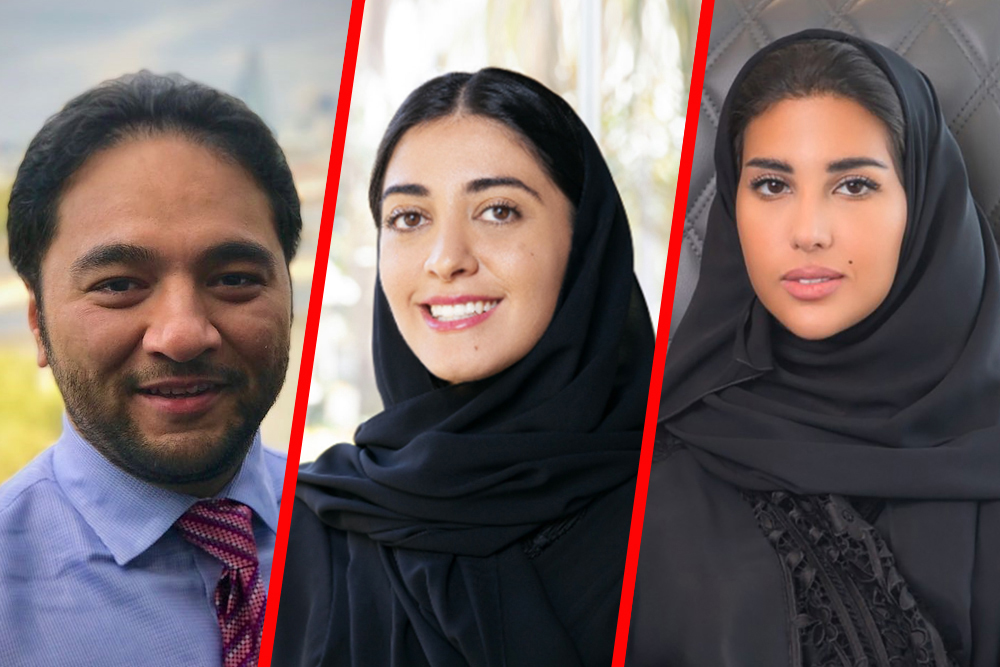 Every year, the World Economic Forum (WEF), a renowned international organization committed to improving the state of the world through public-private cooperation, selects a number of remarkable people from different communities and industries across the globe as its new Young Global Leaders. As reported by Arab News, the 112 members of the Young Global Leaders’ Class of 2021 were identified and selected through a rigorous process, and part of this year’s group are three trailblazing Saudis, Fawaz Farooqui, Esraa Al-Buti, Dana Juffali.

WEC engages with business, political, academic and other leaders of society to shape global, regional and industry agendas. Incorporated as a not-for-profit foundation in 1971 and headquartered in Geneva, Switzerland, WEC is best known for its Annual Meeting in Davos, Switzerland, and publishes benchmark global reports on Competitiveness, Gender, and Risk. It is also well-known for its annual Young Global Leaders forum, described as “an accelerator for a dynamic community of exceptional people with the vision, courage, and influence to drive positive change in the world.”

Today, we congratulate Esraa Al-Buti, the first female Partner in EY Saudi Arabia on joining a highly prestigious group of Young Global Leaders headed up by @WEF. Find out more about Esraa and what it means for her to be involved in this list. #SheBelongs #WomenFastForward https://t.co/m1E2aqCymz

As with other class members, the three Saudis have been chosen to join this year’s Young Global Leaders for their traits, experience, and expertise that exemplify what we need most today: hope, empathy, authenticity, and the drive to develop solutions across civil society, arts, culture, government, and business and ultimately create positive change to better the world.

Farooqui comes in with his experiences and expertise as the current Chief Adviser to Saudi Arabia’s Minister of Culture, as well as bring with him years in public and private sector entities, in roles such as managing director of the AlUla Development Company, board member of Saudi Airlines, board member of Saudi Arabia’s pioneering Quality of Life Program, and CEO of the Kingdom’s National Transformation Program.

I'm humbled to be selected as a YGL and excited about joining this globally distinguished network of leaders to contribute to making the world a better place by improving the effectiveness of the interaction between government and the private sector!@wef @YGLvoices @YglMena https://t.co/QQKo8Ownr9

Al-Buti is an EY tax partner recognized for pioneering work in tax-advisory and tax-structuring services as well as promoting positive change for women in the region. She joined EY’s Riyadh office in 2021, and quickly rose in ranks to become the first female partner in EY’s Saudi Arabia offices. Today, she leads EY’s Tax Controversy practice in the Kingdom of Saudi Arabia (KSA), specializing in projects in the government and public sector, and leading on many government giga projects. She also serves as a member of the Saudi B20 taskforce, and was nominated by The MiSK Foundation as one of 30 female future leaders in Saudi Arabia.

Juffali is currently the Director of Business Development at Khaled Juffali Holding Co. and a Board Member at E.A. Juffali & Brothers, Saudi Enaya Health Insurance, and the Help Center. Prior to her current roles, she held managerial positions at Siemens AG in Germany and Saudi Arabia in Human Resources and Supply Chain Management.