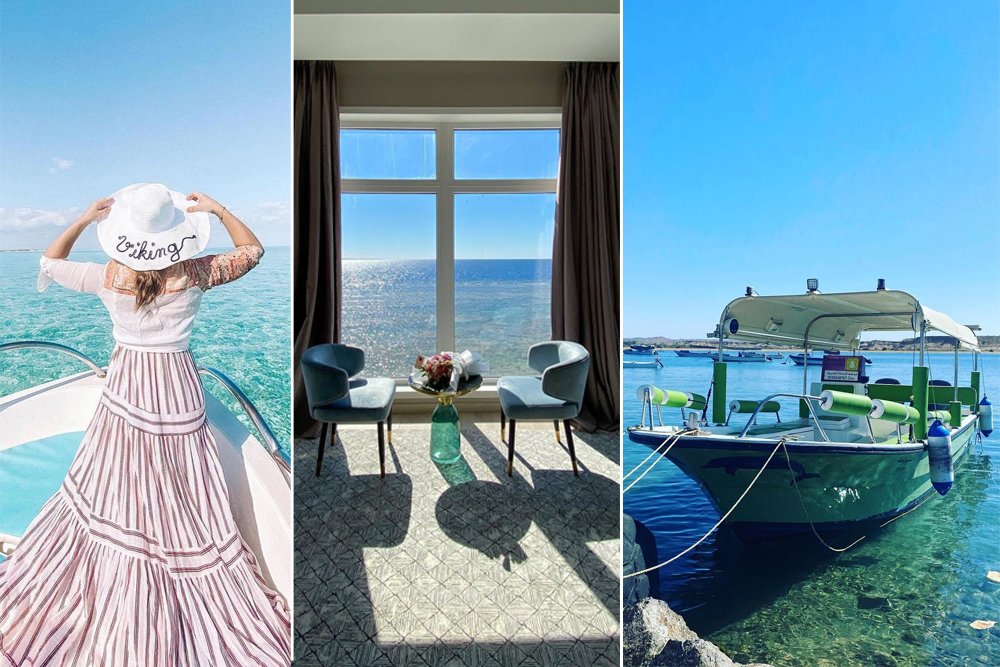 Located in the Tabuk region of Saudi Arabia is the city of Wajh, one of the region's largest cities and among the oldest coastal cities along the Red Sea. From its rich history to tranquil beaches, and famous landmarks, there is more to this unknown city than you might expect.

Being a coastal city, you might assume that Wajh is renowned for its fishing industry, and you’ll be right. Fifty years ago, it was home to one of the Kingdom’s busiest ports thanks to fishing. Although not as busy as in the yesteryears, fishing is still the primary activity of Wajh.

For the sightseers amongst us, you should definitely check out Al Balad, the old fishing village of Wajh. Similar to the old city of Jeddah, this almost abandoned landmark is popular for its Hejazi architecture, a sharp contrast to the modern towns that surround it. Indeed, Wajh’s Al Balad is home to some of the most stunning Red Sea coral buildings outside of Jeddah, with colorful balconies above and deserted streets below.

Wajh’s rich history doesn’t just stop at fishing. In fact, during the Arab Revolt against Ottoman rule in the region, marked as a major event during World War I, the troops of Prince Faisal I bin Al-Hussein bin Ali Al-Hashemi – King of the Arab Kingdom of Syria in 1920 and King of Iraq from 1921 to 1933 – took over the city. With support from Britain’s HMS Anne (a seaplane carrier), the troops would launch a series of attacks on Hejaz railway, which connected Damascus to Medina.

The city is also home to Al Wajh Castle, which was built in 1875 and has now been fully restored, and although not as well-known as the others in Saudi Arabia, Wajh is also home to one of the best and less crowded beaches in the Kingdom, stretching over 100 kilometers, with sidewalks and palm trees complementing the scenery. Due to its location by the Red Sea, Wajh is an ideal destination for diving, and there is no shortage of local restaurants serving up seafood and Turkish cuisines.

Wajh is definitely a destination for those looking for seaside trip, a historical experience, or a simple relaxing walk through a mesmerizing town, and if you are in the mood for adventure, there are other tourist destinations that you could visit as well while in Tabuk. These include Camel Rock, a natural formation that surprisingly resembles a camel, and picturesque islands, which are considered to be the city's equivalent to tourist destinations in Maldives.