While celebrating the best in film and TV, the stars treated us to mega doses of high-fashion glamour. 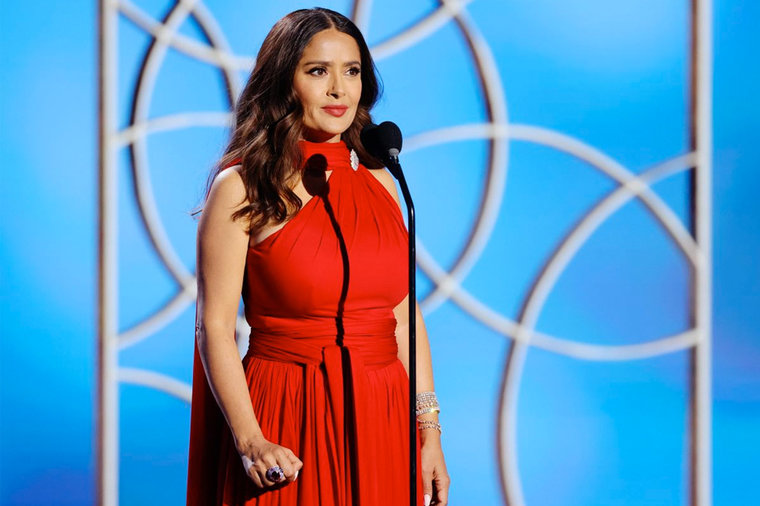 There certainly was a lot to talk about during Sunday’s 2021 Golden Globe Awards ceremony, which was hosted by Tina Fey and Amy Poehler in a first-ever bicoastal telecast from New York's Rainbow Room and the Beverly Hilton in Beverly Hills. And that included how the celebrities brought their fashion A-game, making the 78th edition of the annual event a seriously stylish affair. Whether it was while gracing the red carpet IRL or from the comfort of their living rooms, the stars dazzled in custom, exquisite and statement-making looks that instantly captured our hearts.

Undeniably, it was some of the big night’s winners, nominees and presenters who lead the way in the style stakes. First off, it was checkmate for Anya Taylor-Joy, who won Best Performance by an Actress in a Limited Series. “The Queen's Gambit” star was the monarch of the fashion game in a custom deep emerald Dior Haute Couture lurex gown that featured a plunging V-cut. Worn with a long matching overcoat and pumps, the dress took 300 hours to make. The newly minted Golden Globe winner, who was also nominated for Best Performance by an Actress in a Motion Picture-Musical or Comedy for her role in “Emma,” was styled by image architect Law Roach, who is known for nailing every single look.


Two heavyweights in the Best Performance by an Actress in a Motion Picture - Drama category also didn’t disappoint. “The United States vs. Billie Holiday” star and winner Andra Day stunned in a Chanel spring/summer 2021 couture gown with a sequined macramé bodice and a grey silk tulle skirt with a drop waist. The gorgeous choice by the singer-turned-actress, who was also nominated for Best Original Song - Motion Picture, took 1,080 hours to complete and featured 183,000 embroidered details, according to the design house. Meanwhile, nominee Viola Davis rocked a cheerful multi-coloured mermaid-style puff-sleeved gown made of African Ankara fabric. Styled by Elizabeth Stewart, the “Ma Rainey’s Black Bottom” lead opted for a ray of optimism in the dress by up-and-coming Los Angeles designer Claude Kameni of Lavie by CK.

Other beautiful and bright looks that triggered happiness and joy were spotted, including the one on Elle Fanning, who was nominated for her first Golden Globe in the Best Performance by an Actress in a Musical or Comedy TV Series category. “The Great” star looked fittingly regal in the custom Gucci ice blue satin gown with a 1920s-style bias-cut. Additionally, presenter Cynthia Erivo turned heads in a bold neon green couture Haute Couture number by Valentino. Styled by Jason Bolden, there was a touch of galactic glamour to the two-time nominee’s look thanks to the sky-high metallic silver platforms. Another celebrity to make us smile with her colour choice was Amanda Seyfried, who was nominated for Best Performance by an Actress in a Supporting Role in any Motion Picture. The “Mank” star, also styled by Elizabeth Stewart, looked like a vision in a silk custom coloured sorbet backless Oscar de la Renta piece of art, which is originally a bridal look. The off-the-shoulder gown with floral detailing crafted with taffeta pressed flowers was a real ode to spring and new beginnings.

Meanwhile, Oscar winner Regina King, nominated for directing "One Night in Miami," made waves in a custom silver and black Louis Vuitton gown. Featuring thousands of gold, black and silver sequins, as well as countless crystals, the asymmetric draped cape column gown in black silk cady took over 350 hours to create. “The Crown” hit Emma Corrin, winner of the Best Performance by an Actress in a Television Series — Drama, also slayed in a black look. For her first awards season, the British beauty picked out a quirky and characteristic Pierrot-inspired Miu Miu gown. The diamante embellished dress featured a harlequin collar and the quarterback sleeves.

Click through to see all the top looks, as well as some other serious head-turners. 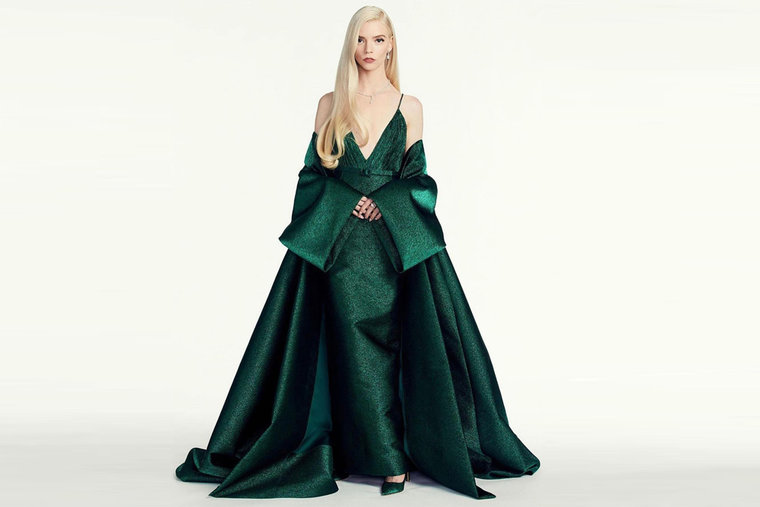 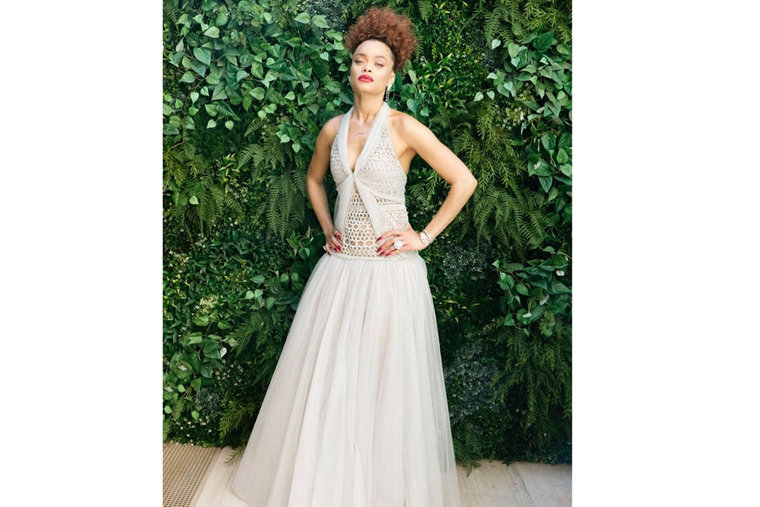 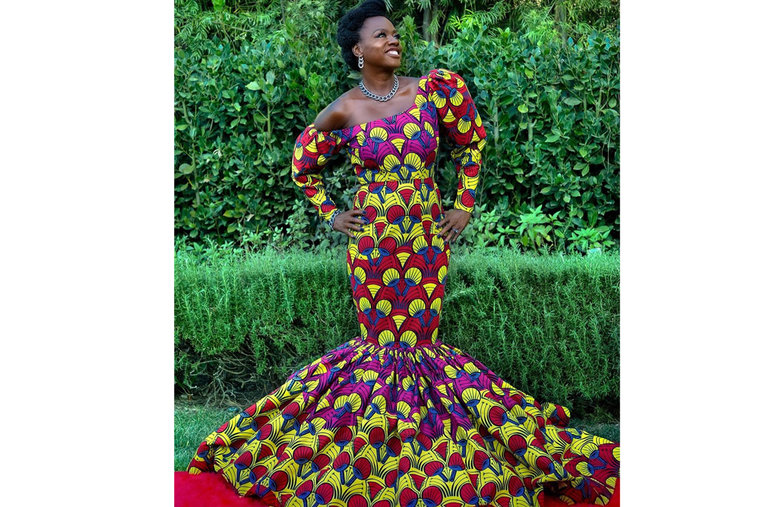 Viola Davis in Lavie by CK 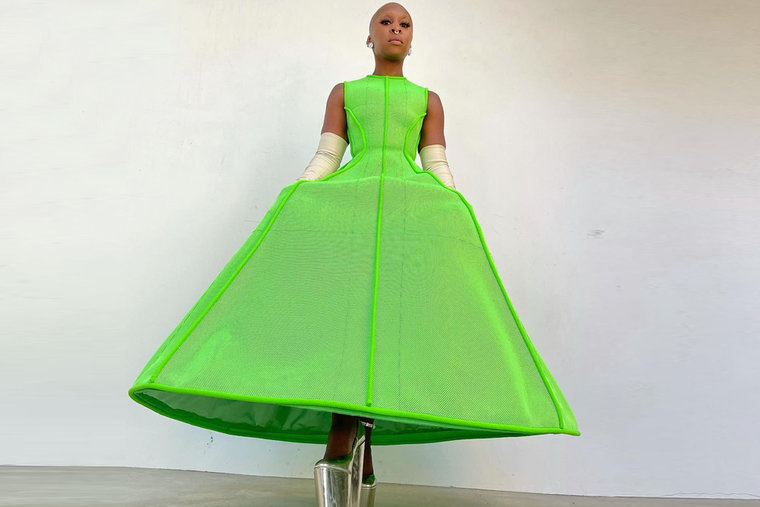 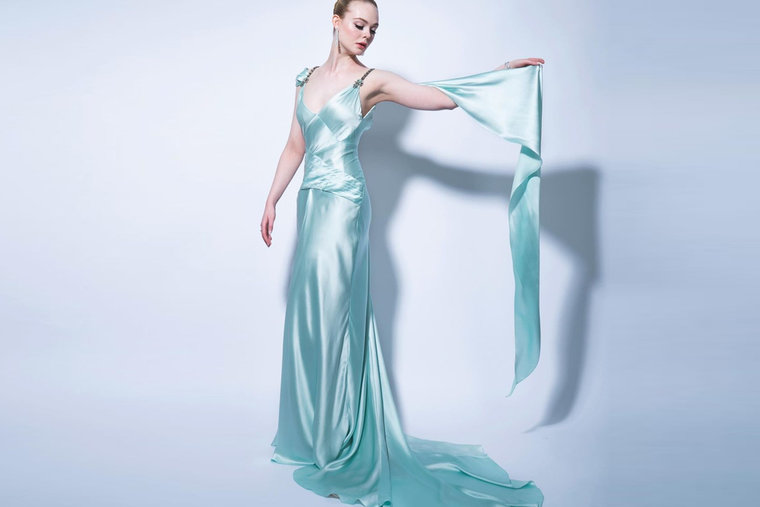 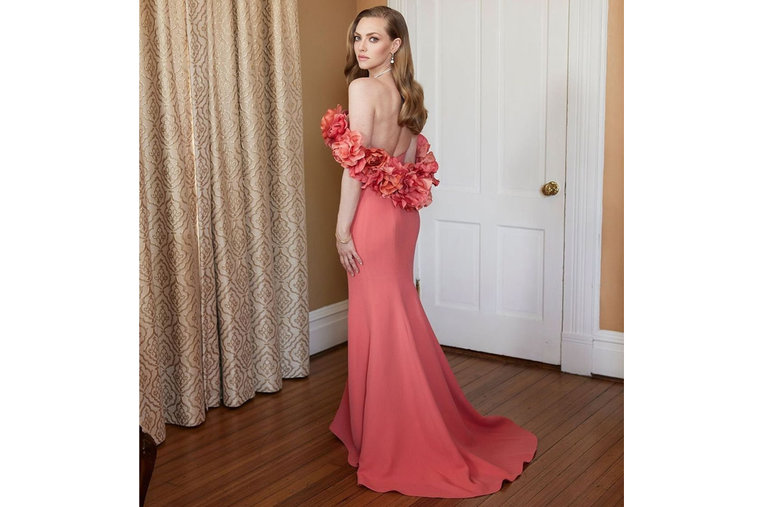 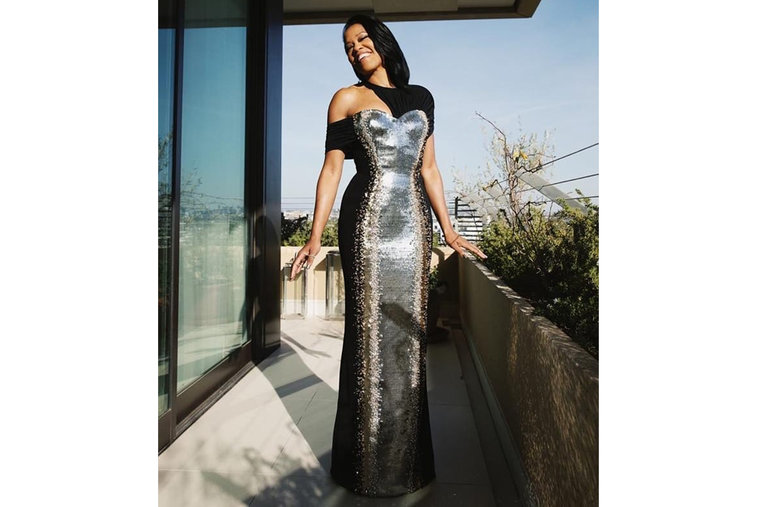 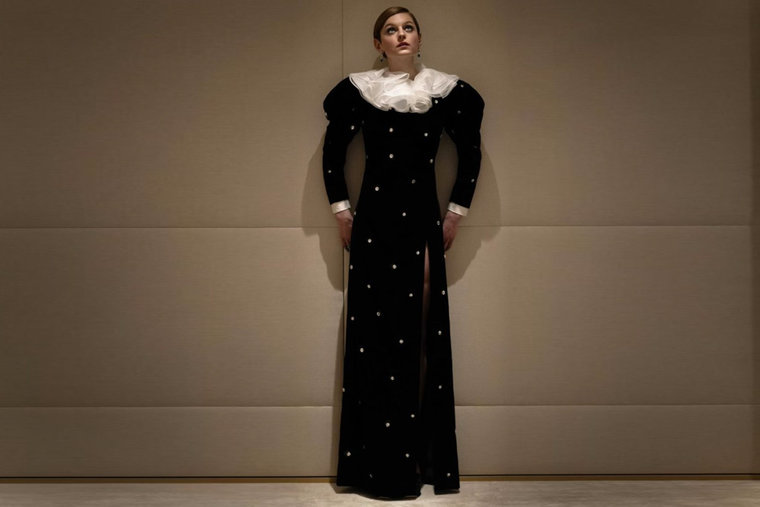 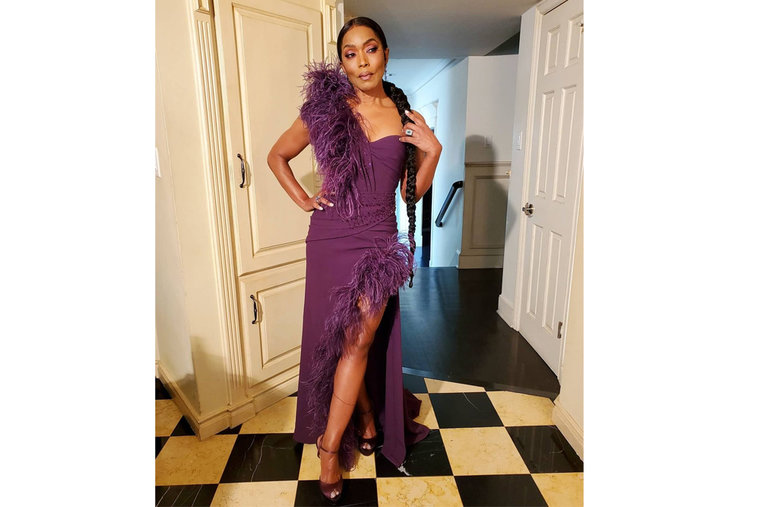 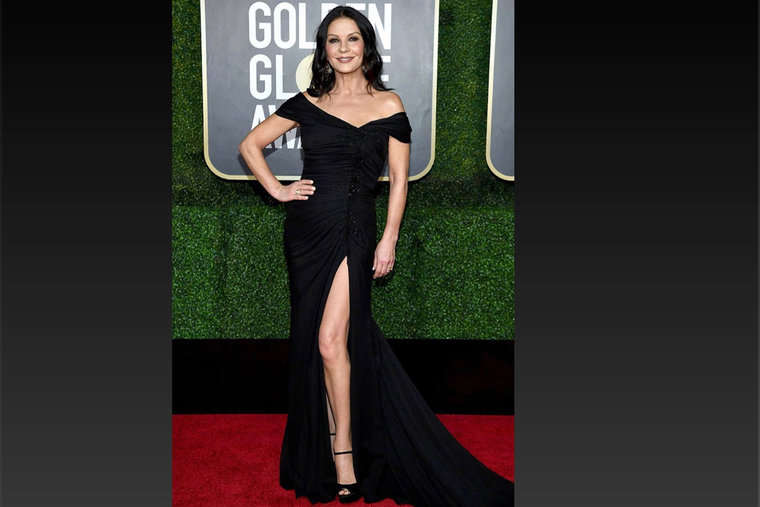 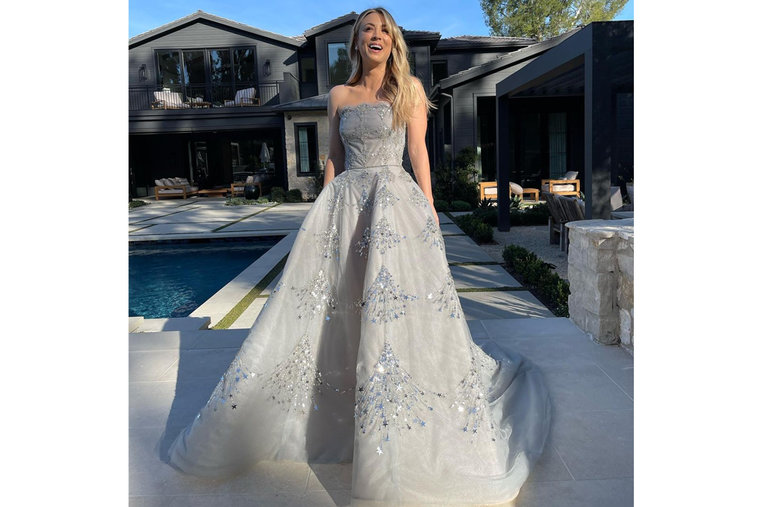 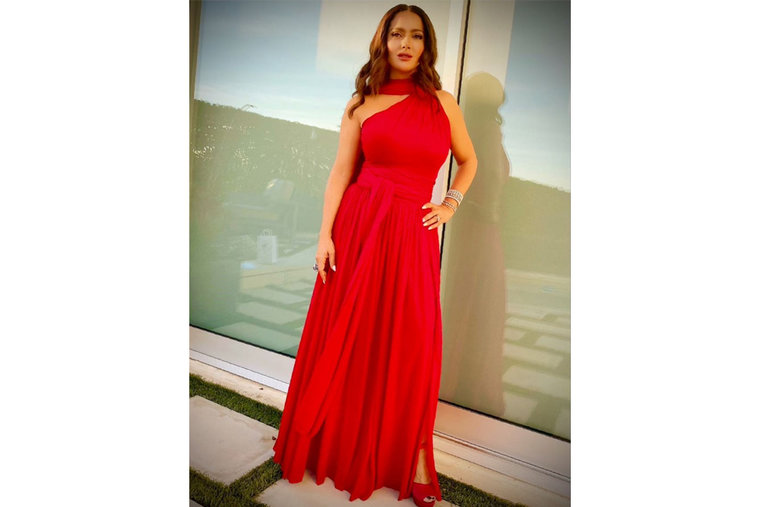 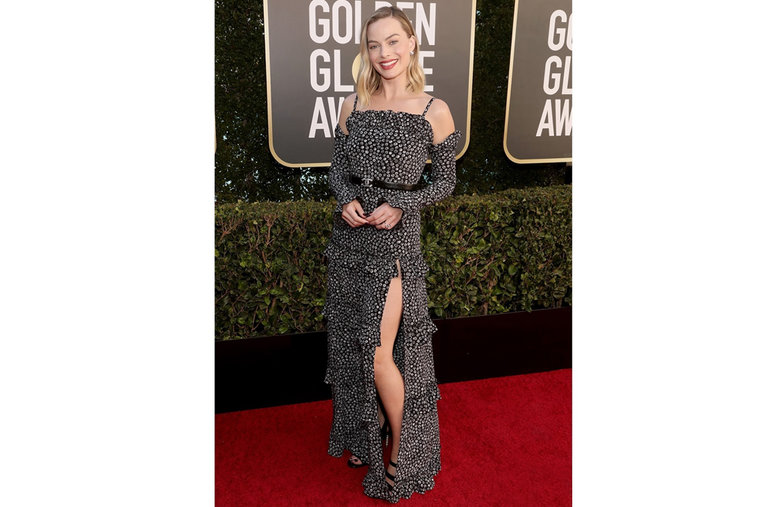 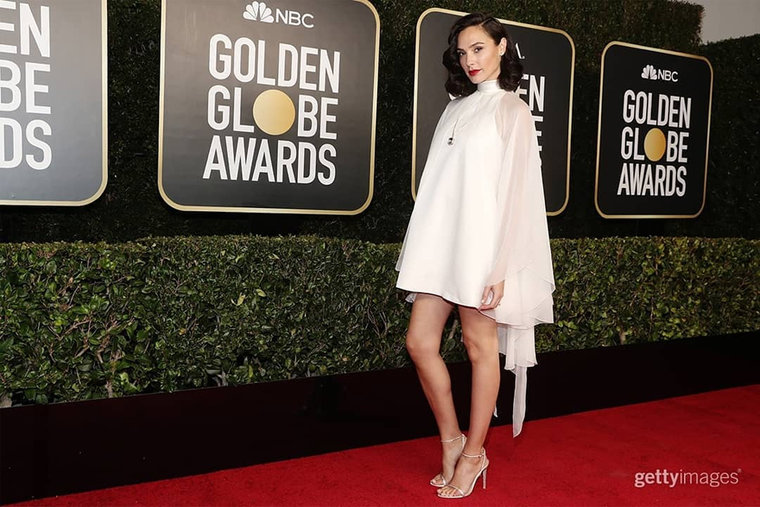 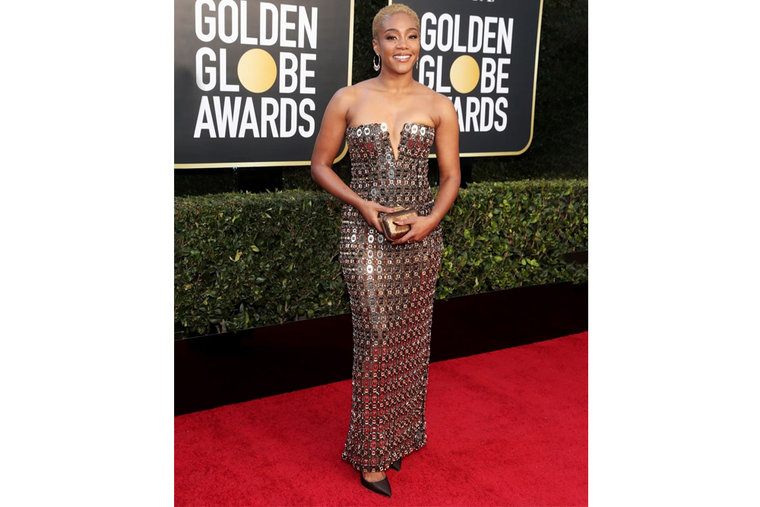 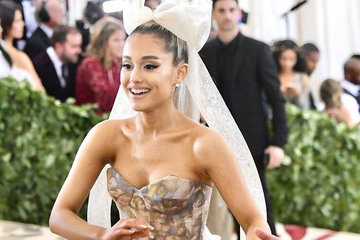 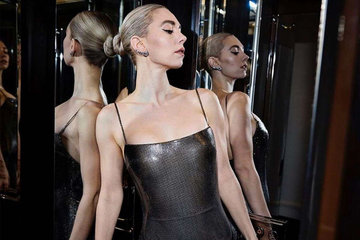 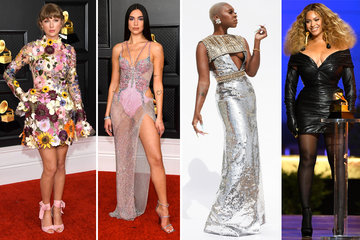 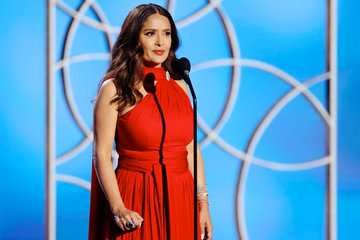 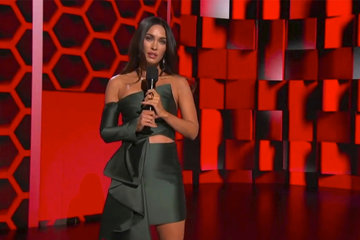