From Hailey Bieber in pintripe suiting to Dita Von Teese in a sassy Burlesque look, there’s something for every kind of woman… 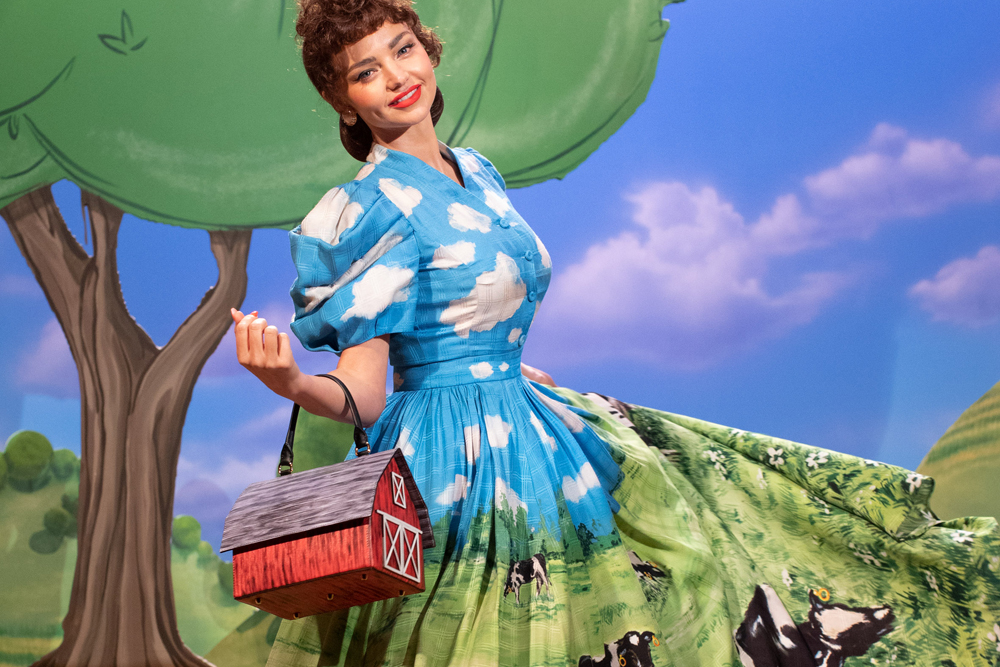 For autumn/winter 2021-22, Moschino’s Creative Director Jeremy Scott has ensured whatever women are doing, or wherever they are, they can count on Jungle Red, whether nails or wiggle skirts, and a dash of escapist nostalgia to turn heads. For day wear, the looks from the Italian house ranged to include boss heroines in stylish business attire, women of leisure into countryside chic and adventurous travellers wanting to slay while on a jungle safari. Then for a big night, let’s say to the opera or a ball, there’s nothing quite like a siren in a piece evoking the sophistication and grandeur of early Hollywood. 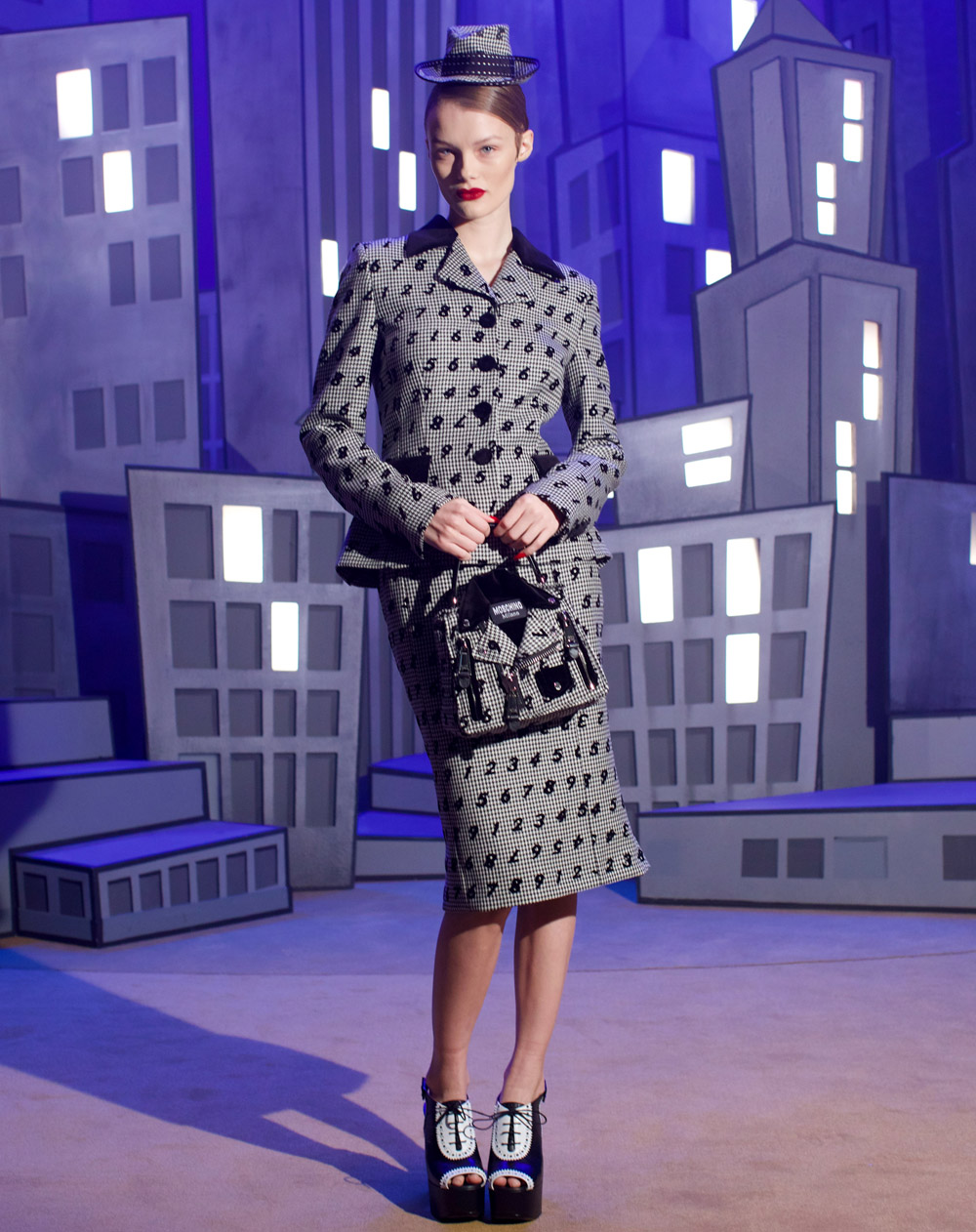 For his multi-dimensional interpretation of women’s everyday lives, Scott was inspired by the 1939 George Cukor film, “The Women.” In particular, it was the technicolour fashion show scene in the revered, ahead-of-its time campy film that doesn’t include a single male character, that struck a chord with the 45-year-old American designer. 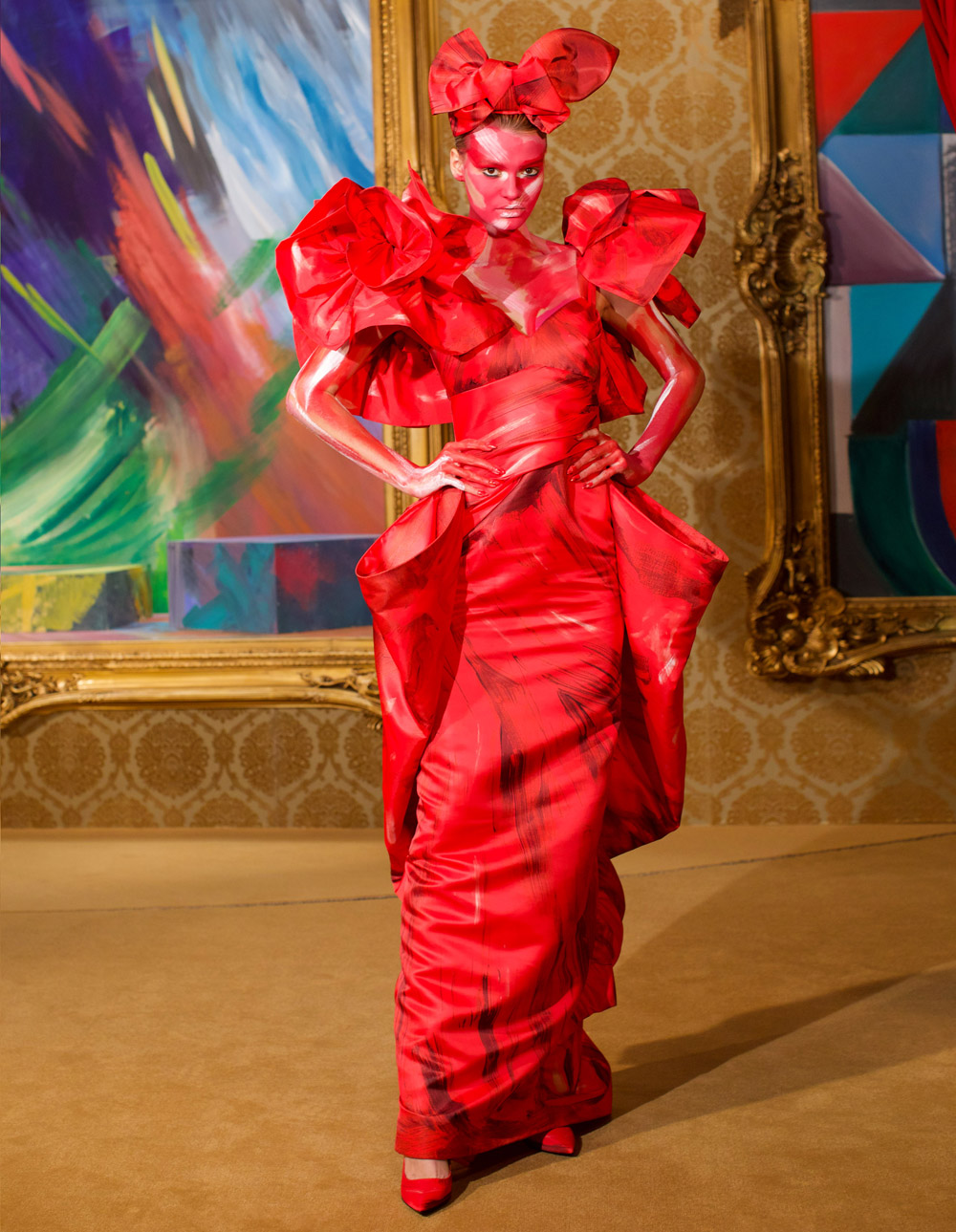 In true Scott fashion, an all-star cast, including models of the moment and It-girls, appear in the concept of a show within a show (within a show within a show), which kicks off at an expensive Manhattan salon, where society ladies go to get Jungle Red, the newest nail colour. From Maye Musk presenting the salon show and the likes of Miranda Kerr, Hailey Bieber, Shalom Harlow, Lily Aldridge, Karen Elson and Joan Smalls modelling in it to Dita Von Teese and Winnie Harlow attending, they all added a unique allure to the collection. 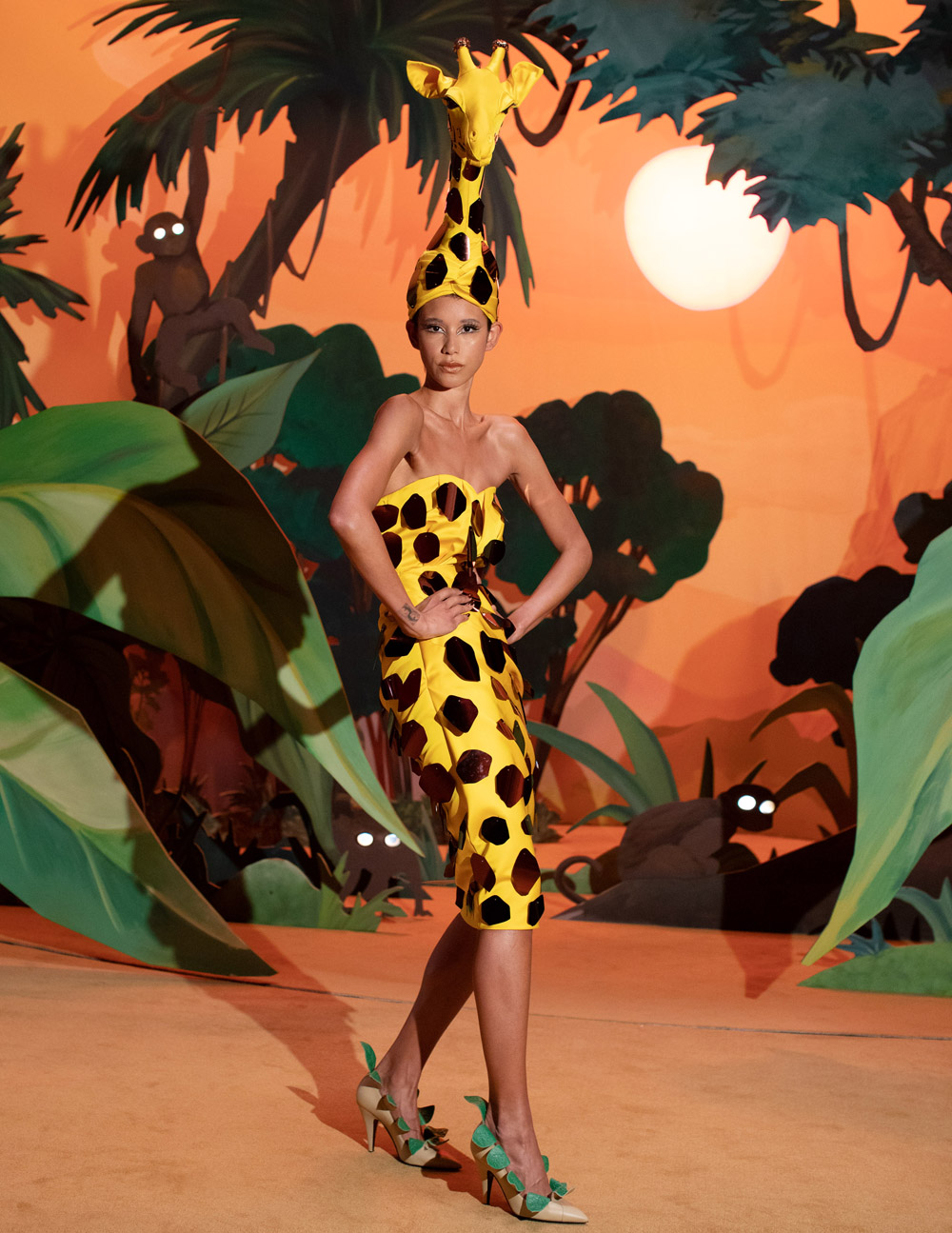 The short film presents a parade of items and ideas, ranging from reworked pinstripe suiting to an iconic-ironic prairie dress printed with physical cows on the grassland all over. Scott’s genius also sees him taking something we would never consider looking at twice, potato sacks, and cutting them into bell-sleeves, poufs and bows. 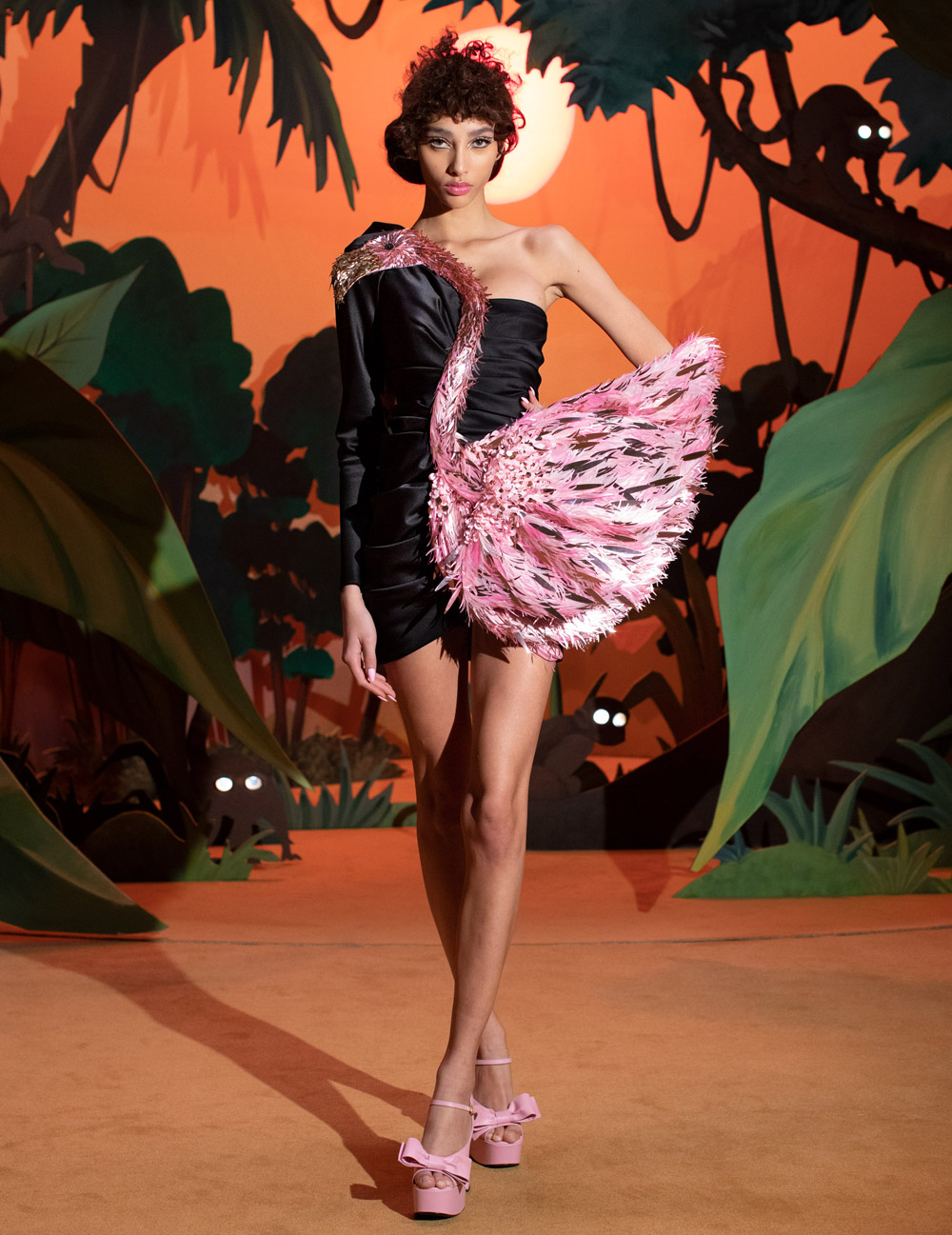 The agricultural then gives way to a full-on fauna moment, with a high-shine power-suit made of faux gold croc, complete with a tail. There are strapless sequined giraffe dresses and beaded leopard frocks, as well as a show-stopping mini with an embellished flamingo, its neck itself becoming the garment’s neckline. 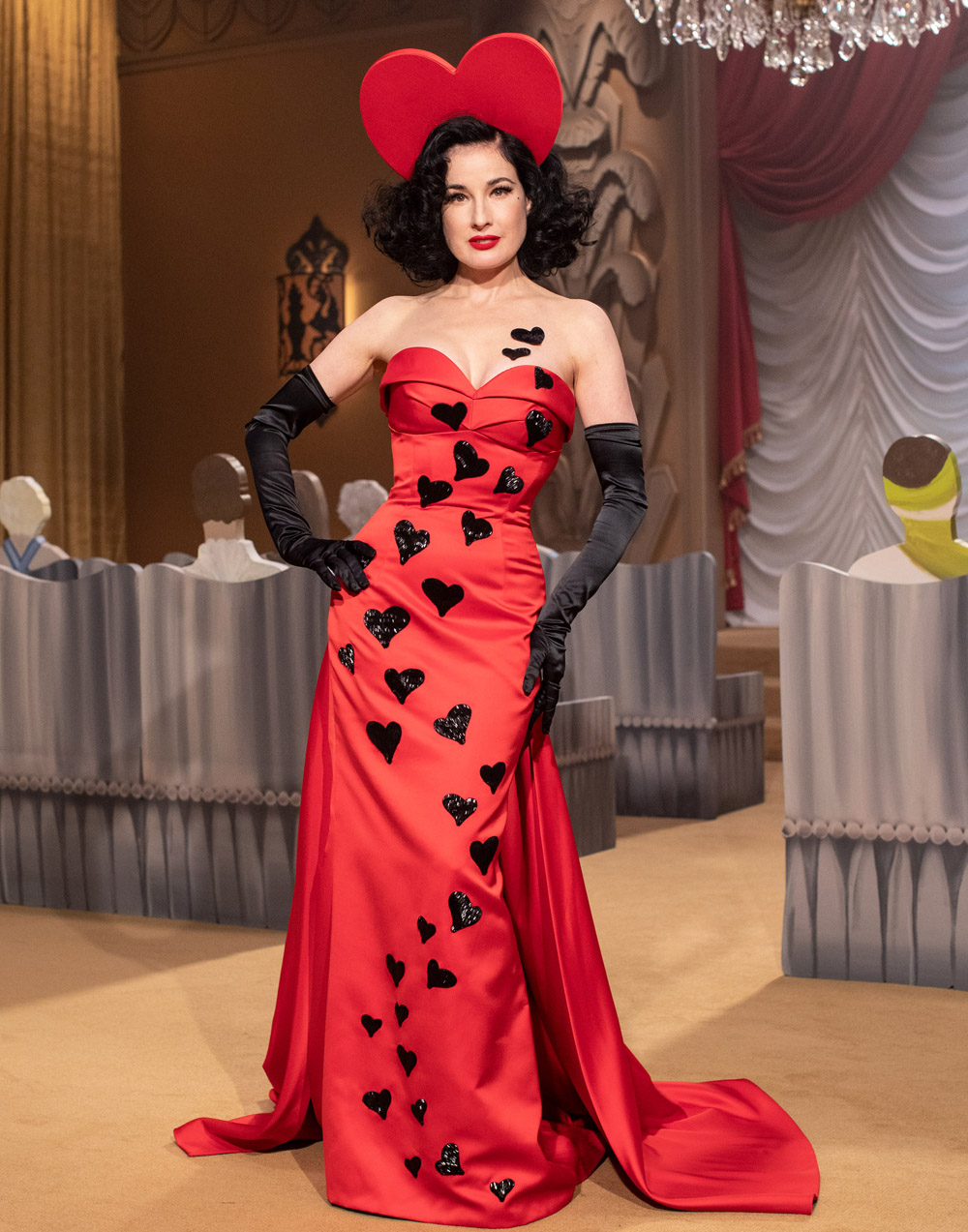 From there, the trip continues with an outdoor series featuring full skirts, puff sleeves and a belted trench, along with an on-the-go kit holding everything you’d find on a woman’s vanity table. 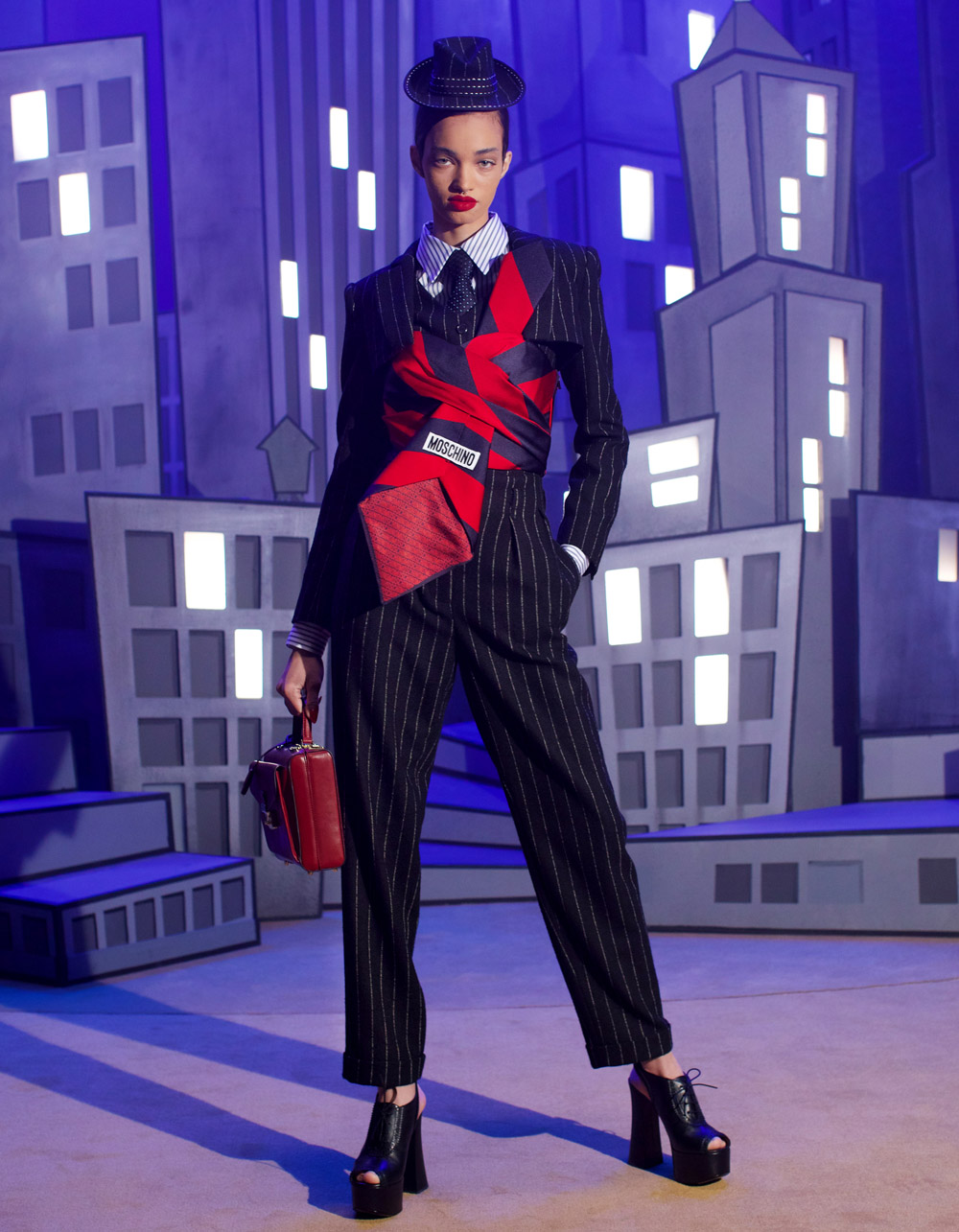 As it progresses, the collection begins to boast ball gowns in voluminous silhouettes, appearing to be hand painted in post-Impressionist brushstrokes. At the conclusion, Scott enters the realm of 1940s evening, with pale pink, fuchsia, black and gold-charmed dresses that seem as if they’re reincarnated off of a midcentury red carpet at Los Angeles’s Biltmore Hotel. 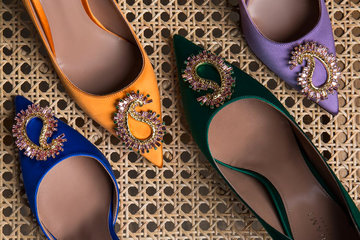 This Shoe Label Has Your Suhoor Looks Sorted 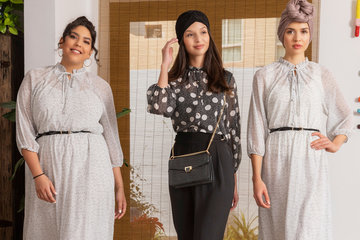 6 Ways to Elevate Your Plus-Size Outfits 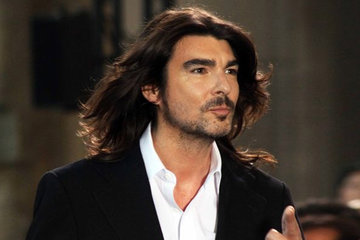 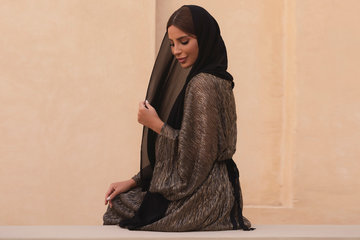