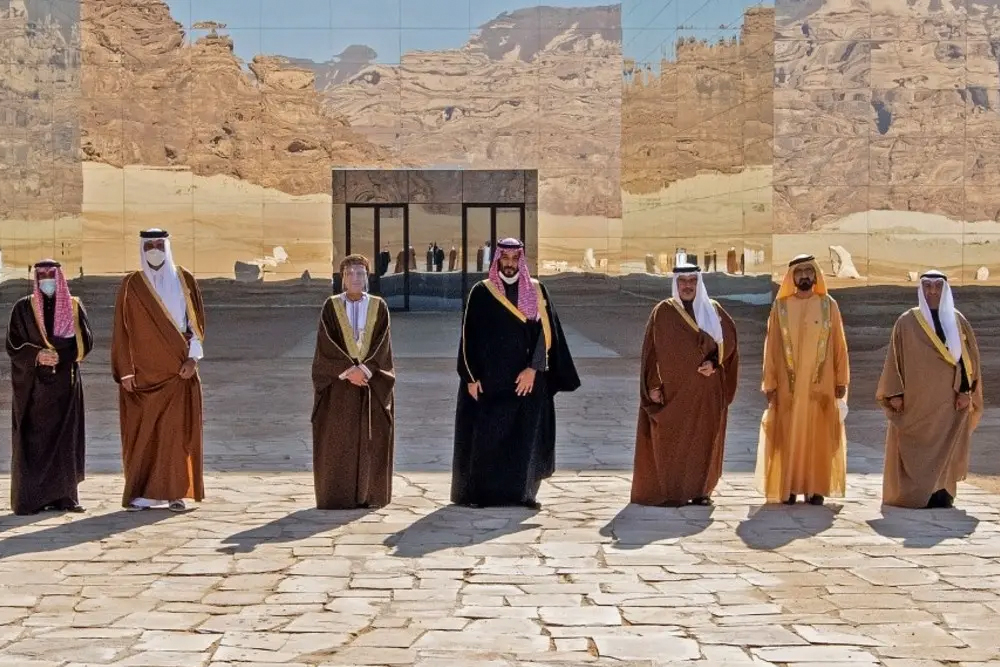 A three-year rift with Qatar has been brought to an end, "turning of the page on all points of difference and a full return of diplomatic relations.” https://t.co/U2DzxT2rxk

The first meeting between the two countries included the elaboration of procedures to: “underscored the importance of preserving Gulf unity, developing joint action in the interest of Gulf Cooperation Council countries and their citizens, and achieving stability and prosperity in the region,” WAM said.

Basma Al Balawi's piece of art has been a conversation starter since the GCC leaders signed a declaration to unify with Qatar.https://t.co/bThzAUctli

In addition to that, both delegations hailed Saudi Arabia’s efforts in hosting the landmark GCC Summit that brought to life the AlUla Declaration, along with appreciating the effort of the Emir of Kuwait, Sheikh Nawaf Al-Sabah.