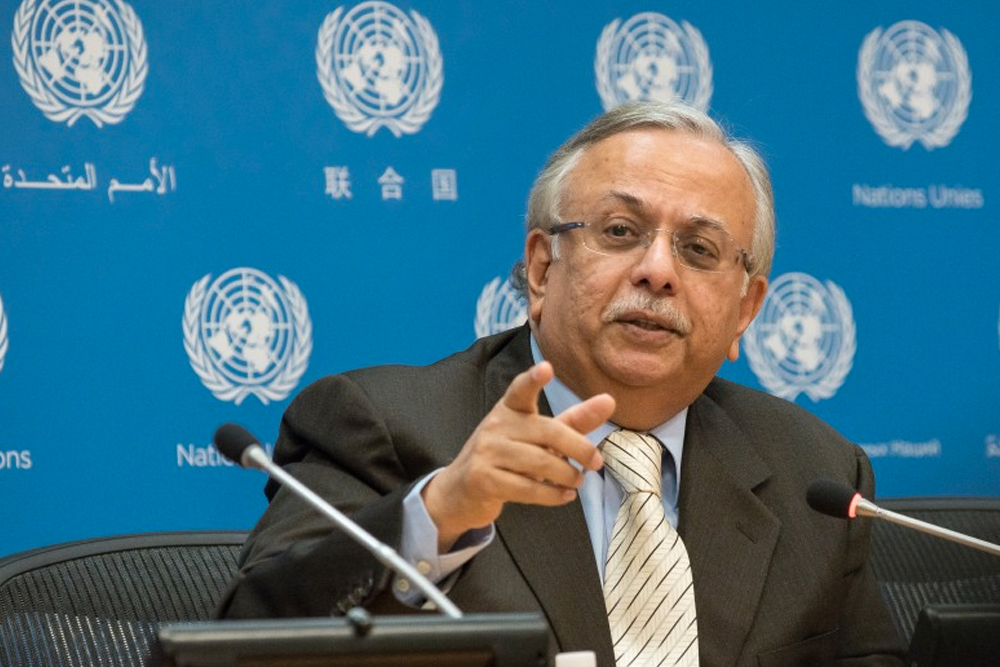 Nations from across the globe met virtually to discuss commitments made towards achieving key goals set by International Convention on the Elimination of All Forms of Racial Discrimination (ICERD), a United Nations (UN) convention. While discussing the 2021 Sustainable Development Goals (SDGs), Saudi Arabia’s envoy highlighted the significant progress the Kingdom has been making in addressing racism, xenophobia, and discrimination across the board, such as setting up the needed legal and institutional frameworks, as well as various key actions, all highlighted by Abdallah Y. Al-Mouallimi, the Permanent Representative of Saudi Arabia to the UN.

“What makes us coexist and accept our differences are the bonds of human brotherhood, which encourage us to promote a culture of tolerance, acceptance and lay the bridges of peace and fraternity.” –Abdallah Al-Mouallimi, KSA's UN envoy at a global convention against racism. pic.twitter.com/tXPkIEgmCg

“These efforts focus on strengthening cooperation between the relevant government agencies and civil society institutions, out of its full belief that the involvement of society in all its spectrums is the basis for achieving the coveted goals, progress in protecting and promoting human rights equally,” Al-Mouallimi explained.

Law reforms in Saudi Arabia will provide further protection of human rights, rights of women, and the principles of justice and transparency. This is an critically important reforms ordered and led by King Salman and spearheaded by HRH Prince Mohammed.

“Saudi Arabia has put in place many legal and institutional frameworks and adopted operational measures and actions, in various areas related to human rights, including judiciary, criminal justice, promoting integrity, fighting against corruption, combating racial discrimination, the rights of women, children, people with special needs, elderly and migrant workers, and strengthening regional and international cooperation in the field of human rights,” he continued.

Despite this year's challenges, Saudi Arabia has "continued to move toward its goals and ambitions pertaining to the economic empowerment of women," said Mona Alghamdi from @KSAMissionUN.https://t.co/hl9w40uuej

Al-Mouallimi also took the opportunity to highlight Saudi Arabia’s belief in wholly embracing differences, as it is this recognition and appreciation that “makes us coexist and accept our differences are the bonds of human brotherhood, which encourage us to promote a culture of tolerance, acceptance and lay the bridges of peace and fraternity.”

With over 23 years of experience in the fields of education and social training and development, Saudi ambassador Amal Al Moallimi has incomparable expertise.https://t.co/h7p4lOBciF

Since 1997, Saudi Arabia has been a state party to the convention that was established for the achievement of one of the purposes of the UN, which according to the website of the UNs Human Rights office of the High Commissioner (OHCHR) is to promote and encourage universal respect for and observance of human rights and fundamental freedoms for all, without distinction as to race, sex, language, or religion.