A mission to be proud of… 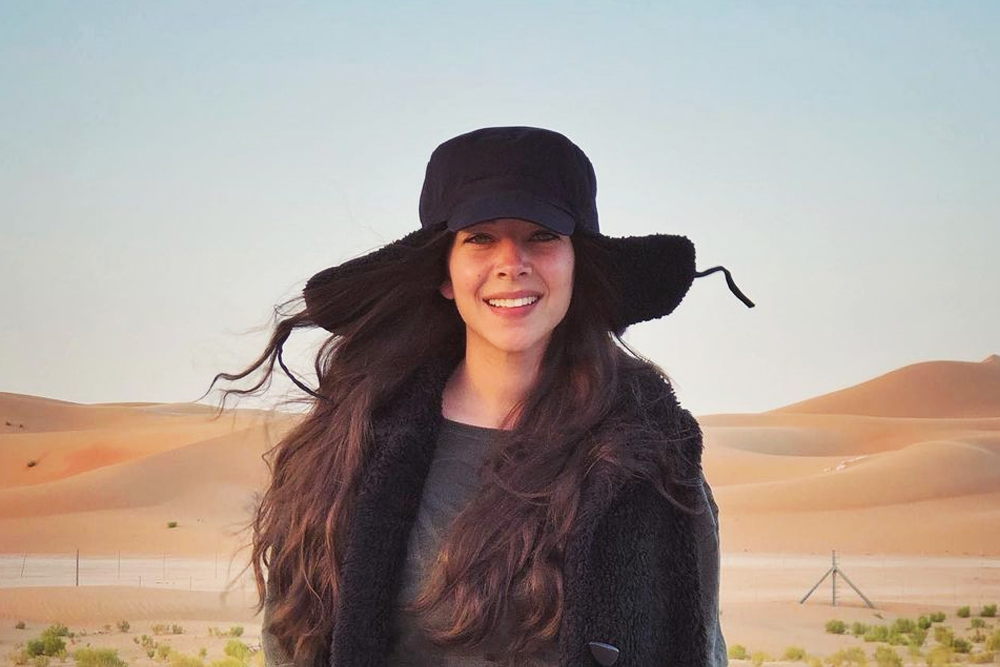 A writer, performing artist, actor and director, there isn’t a doubt Fatima Al-Banawi is a “multi-hyphenate creative,” as she describes herself on her website. The go-getting young, dazzling and stylish Saudi has certainly been busy after receiving her master’s degree in Theological Studies from Harvard University (focusing on Women, Gender and Islamic Studies). Here are some highlights of what Al-Banawi, who also holds a bachelor’s degree in Psychology from Jeddah’s Effat University, has been up to. Click through to get to know her:

A Natural Acting and Directing Gift 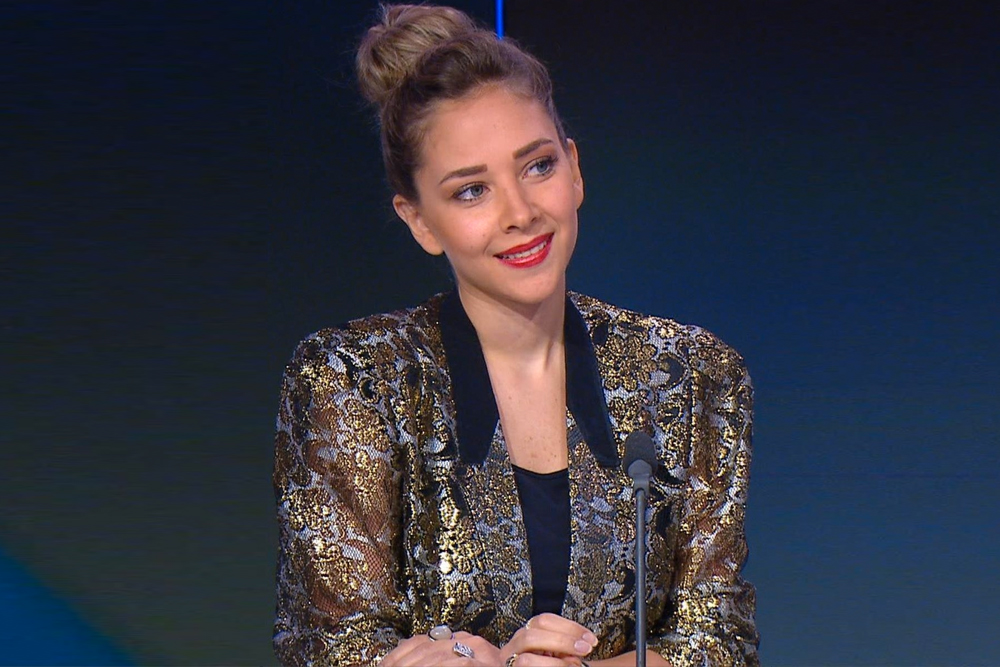 From her starring role in Saudi’s first romantic comedy, "Barakah Meets Barakah," which was foundational for the country's cinema scene, to playing a naive newlywed, a Parisian actress from the 70s and a selfish theatre superstar, Al-Banawi has been raising the bar and boosting the Kingdom’s film sector.

The green-eyed beauty became internationally recognised for her 2016 debut in the award-winning feature film “Barakah Meets Barakah.”  The film was selected as the Saudi Arabian entry for the Best Foreign Language Film at the 89th Academy Awards (the second time the country made a submission for the Oscars). It was also the first Saudi feature film to premiere at the Berlin International Film Festival. In 2018, she wrote, directed and starred in “A Blink of an Eye.” The multi-talented creative then appeared in the television serial “Bashar” and the short “Going South,” as well as making a special appearance in the feature film “Roll’em” and TV show “Om AlQalayed. The Jeddah-born star armed with an incentive to reshape the public narrative about Saudi society and human relations went on to appear in the 2020 Egyptian web series “Paranormal,” which was based on a supernatural book series by Ahmed Khaled Tawfik and became Netflix's first Egyptian Original. Last year also saw her writing, acting and directing “Doubt” and finally writing, acting and directing her first short film, "Until We See Light," part of an Omnibus Feature Film that was made in collaboration with the Red Sea International Film Festival. Additionally, she surprised local and Arab audiences in what can be described as a case study for filmmakers during the Covid-19 pandemic. She co-wrote, co-directed and starred in "Al-Shak Series," which she shot fully from home. What’s more, her heavy workload included her maiden feature screenplay, "Basma."

Al-Banawi, who believes in the power of storytelling to guide delicate and intimate conversations, has also directed several human story performance pieces and theatre plays. She co-founded the Theatre of the Oppressed chapter in Jeddah and staged one of its plays at Harvard, where she has worked as a graduate teaching assistant for intermediate Arabic. The Ministry of Foreign Affairs in Paris called her the Sophie Calle of Saudi Arabia after the great reception "Amours Saoudiennes" received at Palais de Tokyo. "Amours Saoudiennes” was one of her The Other Story Project performance pieces and the first to take place outside her home country. She has also garnered attention for directing and acting out the lead role in "The Straight Circle" play.

The Other Story Project 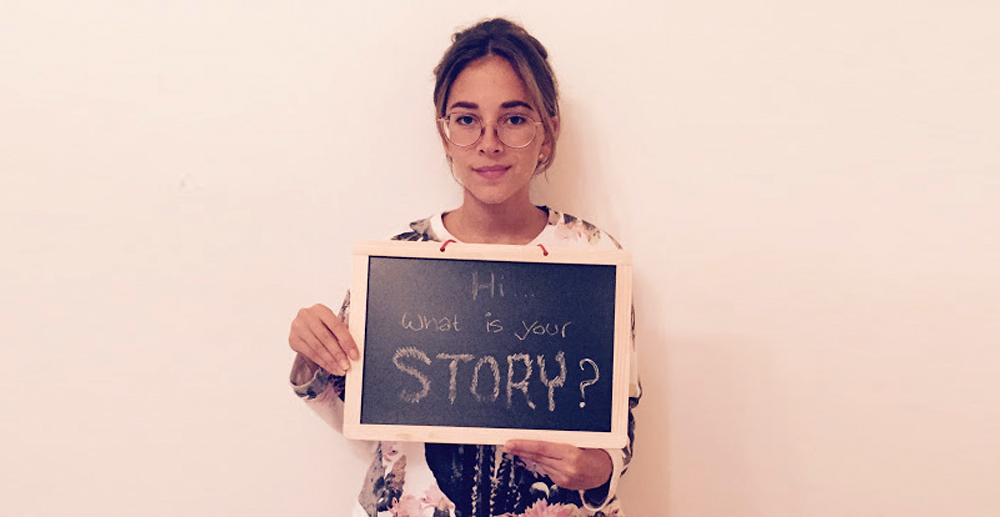 Al Banawi, who has worked as a social development and women's empowerment consultant at the Islamic Development Bank and at the Family Protection Society, a private charity organisation fighting violence against women and children, is the founder of The Other Story Project. Although it was supposed to be a six-month endeavour, she worked on the storytelling project that saw her starting to collect life stories by the people of Jeddah and turn them into creative productions from 2015 to 2018. Through the task that allowed her to continue unearthing psychosocial themes creatively, she amassed almost 5,000 anonymous and handwritten real stories about various things people everywhere go through, including economic struggle, anxiety and infidelity, from strangers. Al-Banawi used them as source material for the short film “A Blink of an Eye,” performance art pieces and her first book, “The Other Story.” The social memoire, in English and Arabic, is weaved with the stories she had gathered from strangers.

For her work on The Other Story Project, which offers a portrait of Saudi society at its most intimate, Al-Banawi was selected as a Next Generation Leader by “Time” Magazine in 2018. 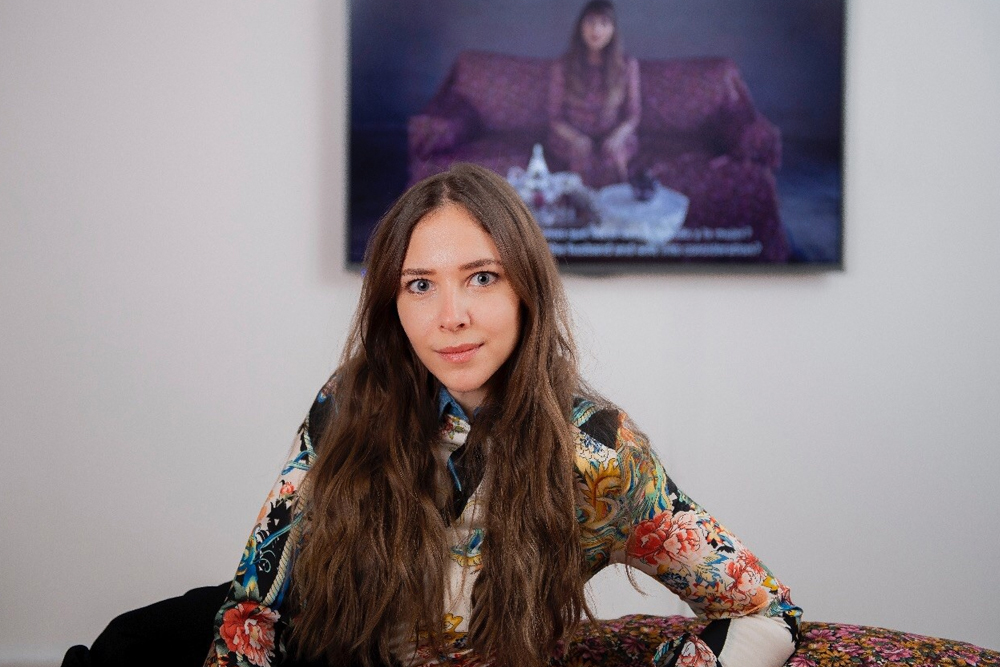 In 2019, the curators of Bienalsur, the world’s first travelling contemporary art biennale, selected three Saudi artists, including Al-Banawi, to take part in the prestigious event. During the second edition of the biennale that hails from South America,“A Blink of an Eye” was exhibited along with work from 400 artists. Starting in Buenos Aires, the works toured over 100 locations in 43 cities around the globe, including Riyadh.