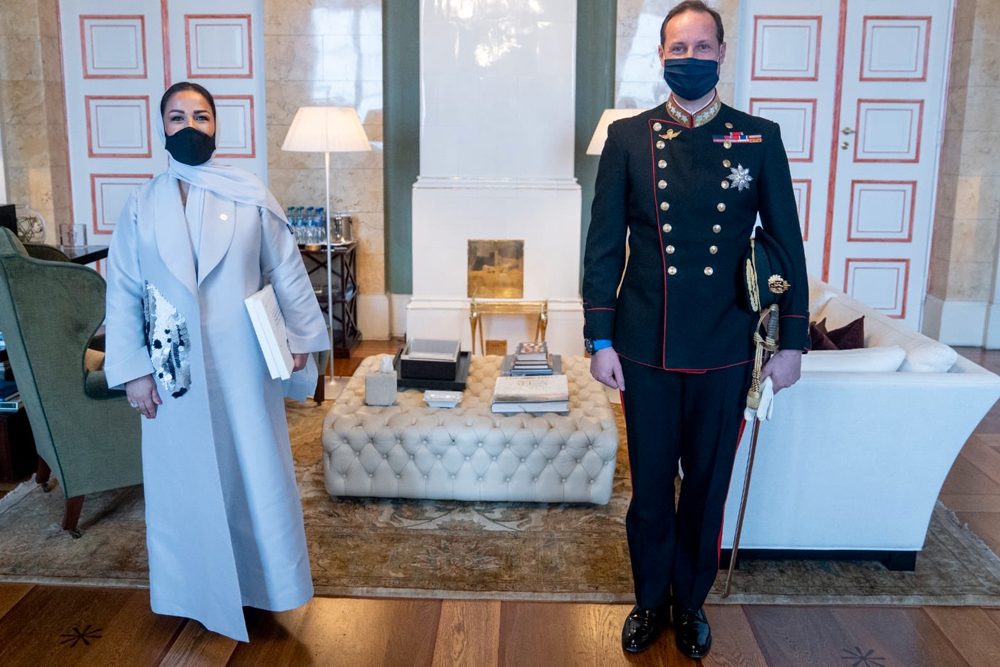 The second ever Saudi female ambassador, Amal Al Moallimi, met with the Crown Prince of Norway Haakon to present her credentials as the ambassador of the Kingdom to Norway.

Today I had the honor to present my credentials as Ambassador Extraordinary and Plenipotentiary of the Custodian of the Two Holy Mosques in the Kingdom of Norway to the Crown Prince His Royal Highness Prince Haakon on behalf of His Majesty King Harald V of Norway.pic.twitter.com/DfG7rHCsVv

Al Moallimi took oath as the ambassador of Saudi Arabia to Norway in front of the Custodian of the Two Holy Mosques King Salman and in the presence of Crown Prince Muhammad Bin Salman in a virtual ceremony held on Oct. 20 of last year. Her remarkable appointment is yet another example of female participation in diplomacy fields once dominated by men.

So proud to see my colleague @amalalmoallimi present her credentials as Ambassador to Norway @KSAmofaEN https://t.co/SnWEwvH5fT

Through her career, Al Moallimi has achieved high-ranking leadership positions. In 2019, the trailblazing Saudi woman was the General Manager of International Collaboration at the Saudi Human Rights Commission.

With over 23 years of experience in the fields of education and social training and development, Al Moallimi has incomparable expertise. In 2016, she was a member of the supervisory committee at the the municipal elections and a member of the national committee of Drug Protection. A mass communication & journalism proud alumnus from University of Denver, the esteemed professional was also awarded with a fellowship at the Islamic Studies Department at Oxford University.