The race car driver to watch out for climbed into the top 20 during her debut event that made a “dream come true.” 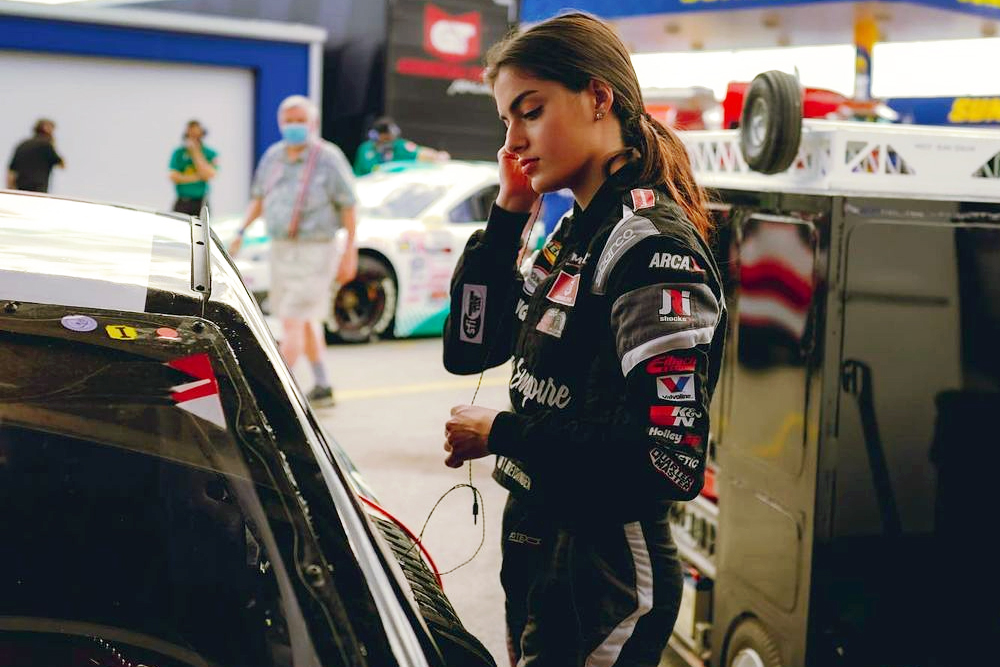 Rev those engines, one of the new faces on the NASCAR race track this season is Arab American and she’s just made history. Toni Breidinger, who is of Lebanese descent, has become the first Arab American woman to take part in any NASCAR national series, according to the American auto racing sanctioning and operating company that is best known for stock car racing.

The 21-year-old race car driver made her debut in the 2021 stock car competition ARCA Menards Series and NASCAR’s Camping World Truck Series, which began with the Lucas Oil 200 at the historic Daytona International Speedway in Florida on Saturday. Breidinger, a California native, finished in the 18th spot and survived a multi-car accident on lap 29 of the race, which went into overtime. The young and feisty brunette drove a Chevrolet SS car for the ARCA Menards race and a Chevrolet Silverado for the Camping World Truck series.

While the determined driver said the goal was for her to make the top 10 during the “biggest race” of her career in a statement before the race, it was still an impressive beginning. And fans were quick to show their support on social media, with one on Twitter writing, "You should be proud of that finish. Great team work."

Breidinger, who is part of the Young's Motorsports racing team, expressed her exhilaration while talking to CNN before the race. "I'm honoured and excited to be the first, but I don't want to be the last. I hope I can pave the way for future female Arab drivers as well," she said. "Daytona has always been on my bucket list to race at. Every driver's dream is to race there one day," she added. "It's such a historic track. It's a step in the right direction to hopefully race in the Daytona 500 one day."

Just like Brehanna Daniels, Breanna O'Leary and Dalanda Ouendeno, three other women who have made NASCAR history at Daytona, Breidinger is part of NASCAR’s Drive for Diversity programme. It aims to create more inclusive and diverse racing teams.

An already accomplished driver, Breidinger competed in three ARCA races in 2018 and finished 10th, a career-best, at Madison International Speedway. Plus, she is a 19-time United States Auto Club winner, making her the only female with that many feats.

Breidinger, who hopes to reach the NASCAR Cup Series, the top racing series, one day, has been whizzing around tracks since she was just nine years old. According to an interview with “Paper” Magazine, she and her twin sister Annie would race go-karts back then, and that’s when she knew she would become a race car driver.

"I've always had so much passion for it. I love the competition, the adrenaline rush. I'm hooked on it," the speed lover also told CNN. "When the helmet comes on and I'm racing, it's not about being a female driver anymore. I'm just like anyone else trying to get to the finish line."

As well as her sister, another racer, she has named her mechanical engineer dad, who is a motorsports-aficionado, and Danica Patrick, the highest-finishing woman in national NASCAR history, as people who have inspired her.