The Kingdom is set to open 11 hotel and new beaches. 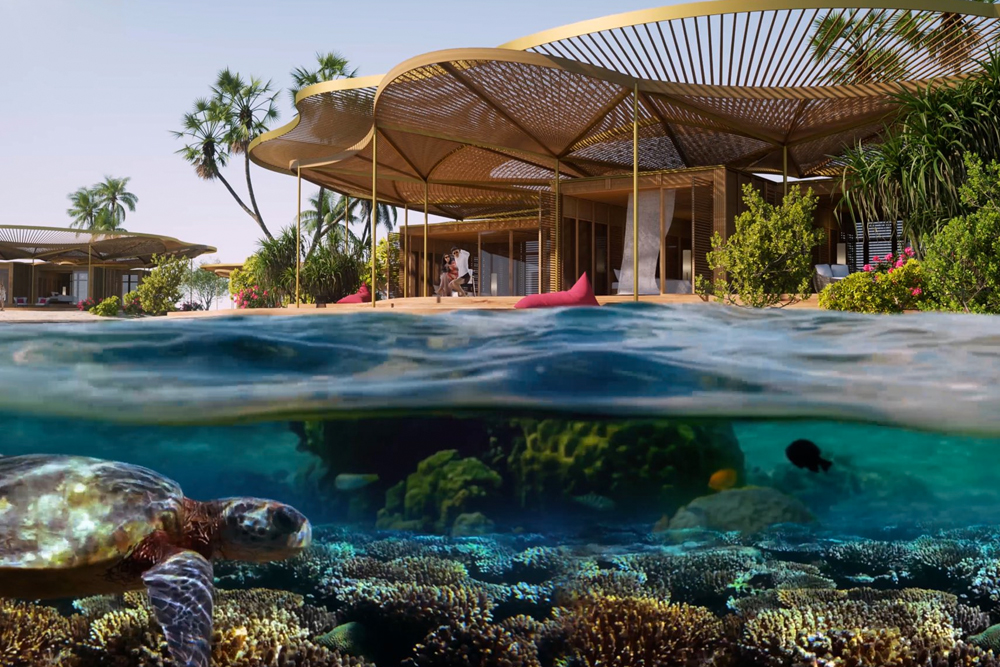 Saudi Arabia’s Crown Prince announced the official launch of Coral Bloom, a one-of-a-kind development project located on the Kingdom’s breathtaking Red Sea island of Shurayrah. To say Coral Bloom is an ambitious vision is perhaps an understatement. Images of the project have already been revealed, showing 11 stunning hotels on the dolphin-shaped island of Shurayrah, each designed to blend in with the natural environment, working in harmony with the island’s mangroves and vegetation while also providing additional defense from erosion.

The concept of the project, which will be completed by 2030, was created by award-winning British architectural design and engineering firm Foster + Partners, and the developer is The Red Sea Development Company (TRSDC). The released designs show striking sand dunes, as well as a series of new beaches and lagoons that will be created on the island.

Watch as we reveal our visionary ‘#CoralBloom’ designs for the 11 unique resorts on our hub island at #TheRedSea. Future guests will experience barefoot luxury like never before!#BreakingNewGround pic.twitter.com/J2PBPlqJq3

Speaking on the occasion of the project’s launch, CEO of TRSDC, John Pagano, explained that Coral Bloom designs take inspiration from flora and fauna found uniquely in Saudi Arabia.

“Shurayrah Island is the gateway to The Red Sea Project, so it’s important that it sets the standard in groundbreaking architecture and sustainable design, not just for our destination, but globally too. This is achieved by going beyond simply protecting the environment, to applying a regenerative approach,” he added.

The location of Coral Bloom is also magnificent in its own right. Shurayrah Island is one of 90 undeveloped islands off the west coast of the Kingdom being developed as part of The Red Sea Project, a land and property development that was announced in July 2017 by Crown Prince Mohammad bin Salman. The Red Sea Project itself will offer 50 resorts, 8,000 hotel rooms, and approximately 1,300 residential properties across 22 islands and six inland sites.