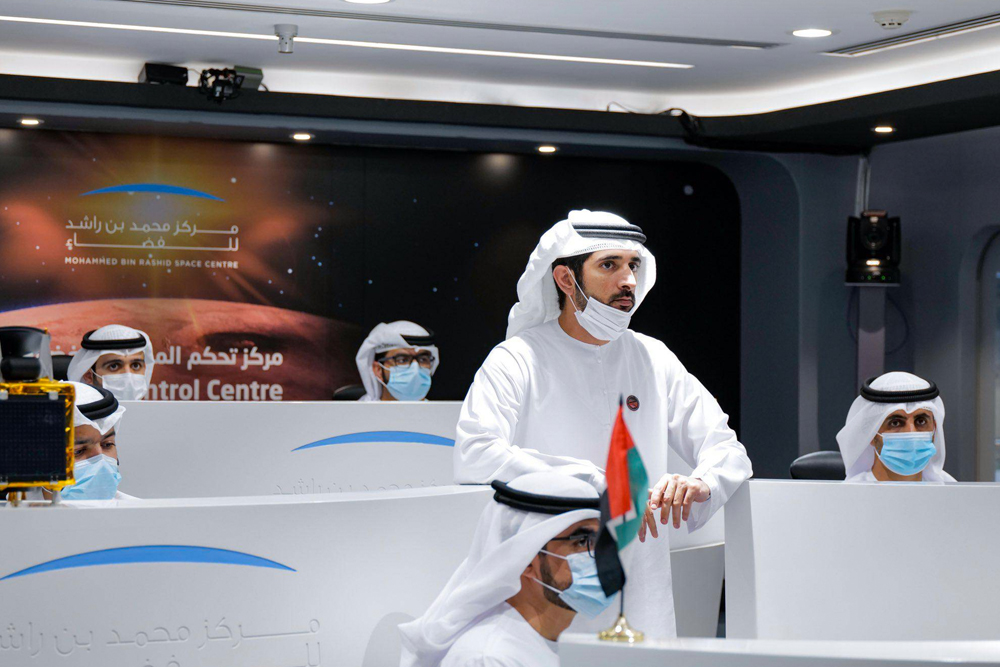 Making history on February 9th 2021, the UAE became the first Arab country, and the 5th in the world, to land on the red planet via the Hope Probe. The event marked a monumental breakthrough in space exploration for the Arab nation.

Last night, the UAE became the first Arab nation and the fifth globally to reach Mars through its #HopeProbe. The Emirates Mars Mission will create the first complete portrait of the Martian atmosphere. pic.twitter.com/lfUKuV3TZh

HH Sheikh Khalifa bin Zayed Al Nahyan, President of the UAE, congratulated and lauded Dubai’s ruler, along with the scientists, engineers, citizens and residents on the successful landing of the Hope Probe on Mars and said, “This historic achievement would not have been possible without the persistence and determination to implement the idea that emerged at the end of 2013 from His Highness Sheikh Mohammed bin Rashid Al Maktoum, Vice President and Prime Minister of UAE and Ruler of Dubai, who followed it up closely until its success.”

Hope took us there as we made history and became the 1st Arab country and 5th country in the world to reach #Mars. Our leadership and our nation believe that nothing is impossible! #ArabsToMars #HopeProbe pic.twitter.com/2MgdUlQ3d4

Sheikh Khalifa also commended HH Sheikh Mohamed bin Zayed Al Nahyan, Crown Prince of Abu Dhabi and Deputy Supreme Commander of the UAE Armed Forces, for being dedicated to the mission and aiding its success, as he added, “Thanks to both leaders and the team of scientists and engineers behind the project for proving to the world that the UAE can achieve the impossible.”

A tense half-hour on Tuesday will determine the fate of the UAE's "Hope" probe to #Mars, as the Arab world's first space mission carries out a tricky manoeuvre to enter the Red Planet's orbit https://t.co/WLvqeNj7I8 #AlAmal #HopeProbe pic.twitter.com/Wxl3tznVab

Ruler of Dubai, HH Sheikh Mohammed bin Rashid Al Maktoum was also elated with how the mission went and stated, “The Hope Probe’s historic arrival at Mars is the greatest celebration of the 50th anniversary of our country. It sets the tone for the beginning of the next 50-year phase with boundless ambitions and dreams. Our next accomplishments will be even bigger and greater.”

The Hope Probe will transmit its first images of life on the red planet back to Earth within the next 7 days. The probe had been 7 years in the making for this very mission, by a group of around 200 Emirati engineers and members of relative institutes in America.