Nora Attal Shines Bright As The Face Of Net-A-Porter 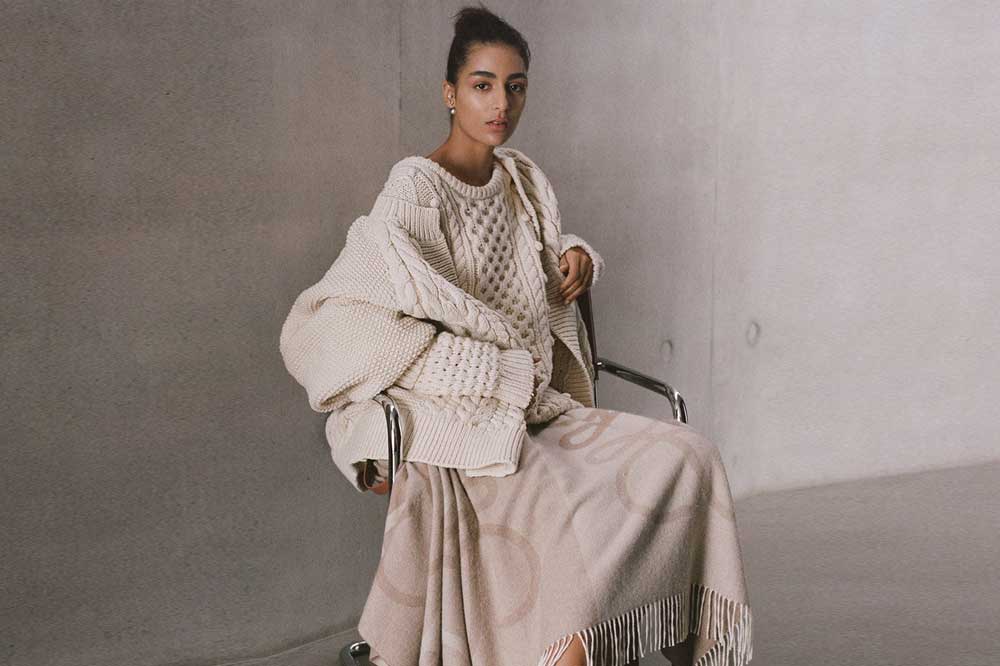 From Jacquemus to Alexander McQueen, British-Moroccan model, Nora Attal, is quite the sought after face in high-end fashion campaigns. The 21-year-old model is now the new face of luxury e-commerce platform, Net-a-Porter’s latest ad campaign.

Adorned in next season’s key pieces, Attal looks demure in a beige Christopher Kane knitted sweater, a matching cardigan from Mr. Mittens, Loewe skirt and J.W Anderson’s black chain loafers – which is noteworthy as the model was first discovered by the founder of J.W Anderson himself, Jonathan Anderson, when she was just 17 years old.

It was in 2014 that Nora first starred in a major luxury campaign, prior to taking her looks and physique to the fashion week runways. Other images from Net-A-Porter’s campaign show Attal styled to perfection in a pastel green King and Tuckfield polo shirt, wide leg trousers and a hounds tooth blazer from Philosophy di Lorenzo Serafini.

Despite the pandemic leaving the fashion calendar we’re all used to in a little of disarray, this hasn’t stopped Nora Attal from working. In fact, she’s likely to be seen in a number of campaigns including that of Bottega Veneta, and high-street retailer, Mango.

In the top 50 models worldwide by Models.com, Nora is in high demand following her work with Prada, Fendi, Chanel, Dior and Versace, amongst other renowned labels, and has also appeared in the pages of Harper’s Bazaar and Vogue trousers and a hounds tooth blazer from Philosophy di Lorenzo Serafini.

It seems that Attal will be even busier soon as the young model recently announced her engagement to cinematographer Victor Bastidas in October 2020, and we can’t wait to see what she wears when she plans her wedding!