Kitesurfing Along the Coastline of Saudi Arabia 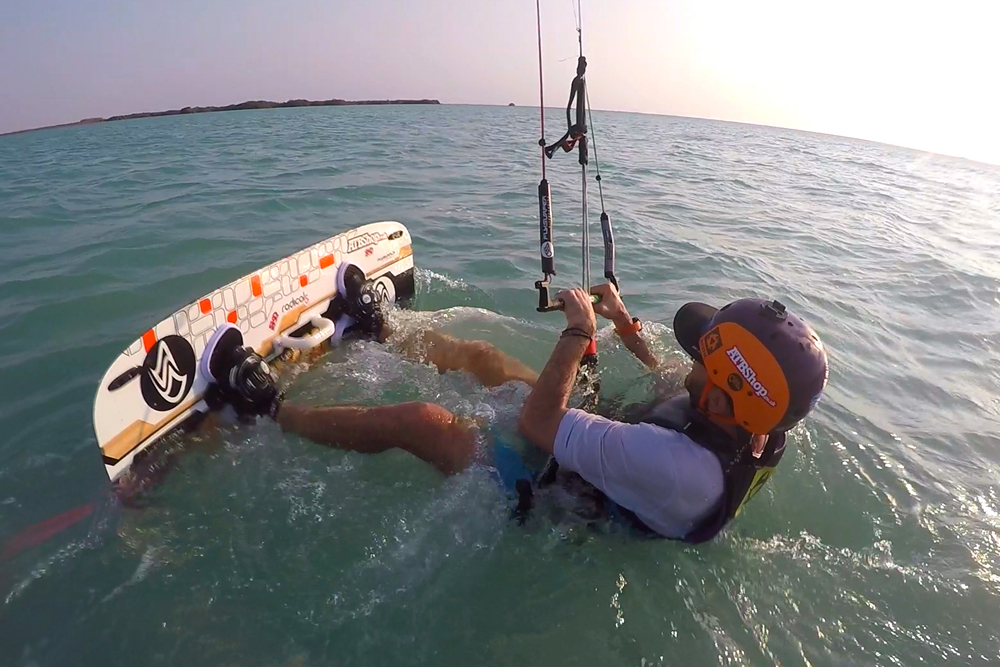 Saudi Arabia is definitely not known to be a country that shies away from extreme sports and challenging activities. The Kingdom is known for its love of sandboarding and sand sledding, sports that continue to grow as domestic tourism booms, and it is also known for tafheet, or Saudi drifting, a style of driving a car on two wheels that is believed to have started in the 1970s in the country. So, it comes as no surprise that the country’s pristine waters along its Red Sea coast is home to another gravity defying sport that is drawing in more and more locals by the day: kitesurfing.

Under the new agreement, Saudi women will be charting new waters & making waves in no time.https://t.co/MNNIp7V05F

For those who may not know what kitesurfing is, it is an extreme sport that is also known as kiteboarding, in which the rider, known as the kiteboarder, stands on a modified surfboard while holding a specially designed kite. The rider maneuvers this large controllable power kite in order to be propelled across the water by harnessing the power of the wind. Saudi Arabia is an ideal location for this sport due to its diverse coasts on both its east and west, stunning beaches, and various bodies of water including lagoons and bays.

Over the years, this sport that requires excellent swimming skills has been growing in popularity in Saudi Arabia, thanks to the nation’s push to boost domestic tourism, to increase its support of local sports and improve overall fitness and activities levels amongst its population, and through its establishments of various sporting bodies such as Saudi Sailing Federation (SSF). Indeed, SSF has been working over the past few years to provide support and guidance to the nation’s kite surfers, and to identify safe locations for aficionados to surf.

Saudi Arabia Is Home To A Seventh Heaven For Snorkellers & Divers:https://t.co/wsl0dCkjsS

According to SSF’s website, the federation was established in December 2017, months following the ascension of Crown Prince Mohammed Bin Salman to his current role. It is still a newly recognized governing body under the Saudi Olympics Committee along-side the Ministry of Sport, and has been designed to promote and support all kinds of water sports that utilizes wind as its main source of power. In addition, its Chief Executive Officer is Samia Bagdady, perhaps a sign of Saudi Arabia’s unwavering commitment towards increasing the presence of women in leadership roles across industries and sectors.