Their star quality is crystal clear and the dynamo vocals in the heartrending duet will move you to tears. 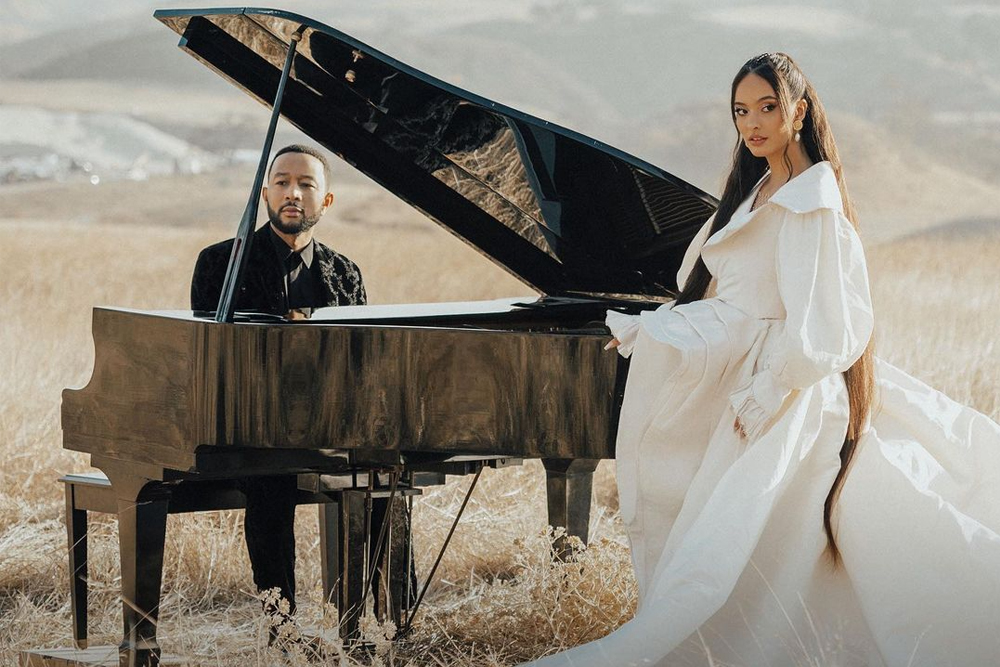 With just as many jaw-dropping visuals as there are powerhouse notes and pulsating beats, it’s not surprising Fauozia’s new music video with John Legend has gone viral. When the Moroccan-Canadian singer-songwriter dropped the video for the recently released “Minefields” on her YouTube channel, it clocked up more than a million views.

“Working with John on this video was such an incredible experience,” the Casablanca-born Faouzia, 20, said in a statement. “We hadn't previously met in person, having worked on the song together remotely, but things felt so comfortable and light together on set. Despite the long (and cold) days, I had such an amazing time and am so grateful for the countless talented people working behind the scenes to bring this beautiful visual to life.” The singer also mentioned the challenging video wouldn’t have been possible without the stellar team and dedicated the video to integral team member Ryan Brady, who died in a car accident.


In the stunning clip directed by Emmy award winning Kyle Cogan, the young star with a commanding voice and distinct style belts it out with the “All of Me” singer in two picturesque Californian locations, Bonelli Park in San Dimas and Simi Valley’s Big Sky Ranch. The duo play on a black baby grand piano, while surrounded by water, performing separately in the vast, scenic landscape before they unite as minefields explode around them. The clip spans throughout the day and features a glorious, dreamy sunset.

“Minefields” is an emotional love ballad about a star-crossed relationship, with the lovers separated by a huge distance. Co-written by Faouzia with Sam Martin, Ali Tamposi, Johnny Goldstein and J Kash, it touches on the challenges they have to navigate while gripped in the strenuous and stormy love affair.

According to the rising star who released her debut EP “Stripped, which includes acoustic versions of some already-released singles like "Tears of Gold" and "How It All Works Out," the follow-up song is based on real human trials and tribulations everyone goes through with significant others.

“With how challenging the last year has been for everyone, my hope is that this song and video can act as a beacon, a reminder, that we can and will persevere – it’s in our nature,” she said about the song that also features Charlie Puth on piano.

Faouzia Rocks Saudi Label Ashi Studio In The Video
In the music video, Faouzia, who performed on “Battle” for David Guetta’s “7” album, is seen in a fabulous off-white taffeta shirt and skirt. The ethereal ensemble by Saudi-helmed label Ashi Studio was inspired by an earlier 2019 collection, Mohammed Ashi, the founder and designer of the Beirut-based brand, told “Vogue Arabia.”

The 2015 Song of the Year Award winner at La Chican Electrique, a Canadian music competition, also spoke to “Vogue Arabia,” describing her look as “ethereal, hopeful, full of light.” She added: “The Ashi silhouettes resonated with me because they are like pieces of art. Music and fashion are in a lot of ways one in the same. I wanted to represent my Arab roots as well in the design. It was a great honour to wear Ashi. I felt like a princess.”

She paired the billowing outfit by celebrity-loved Ashi, which featured ruched cuffs, a long train and oversized lapels, with a romantic hairdo and gold and pearl drop earrings.