Arabic Calligraphy Lit Up Mount Tuwaiq In The Kingdom 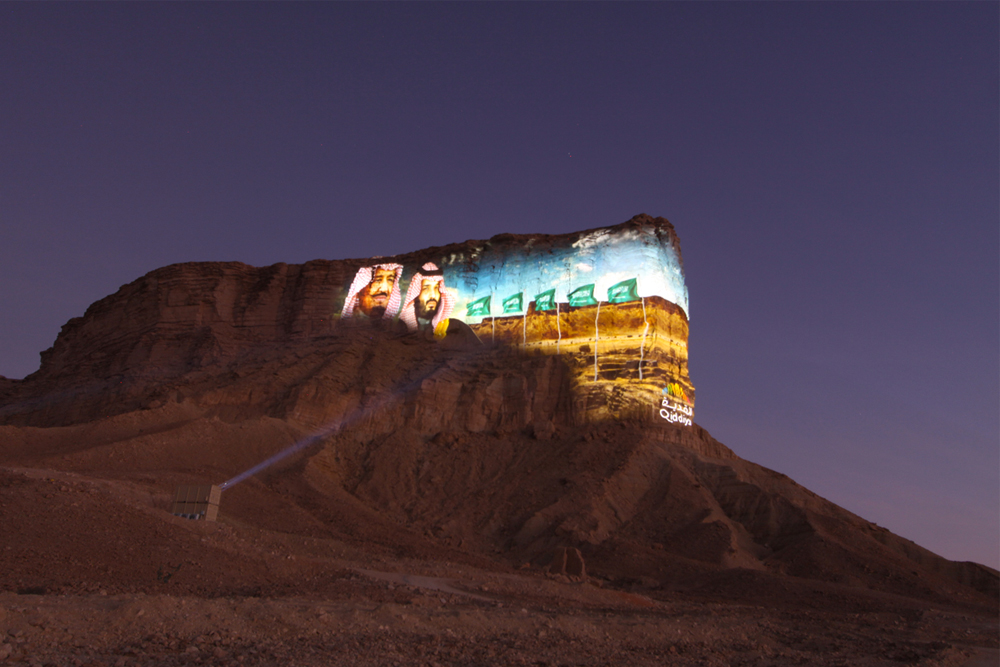 The logo of the “Year Of Arabic Calligraphy” initiative in Saudi Arabia lit up the summit of Mount Tuwaiq in Riyadh under the auspices of the Kingdom’s Ministry of Culture.
The ministry aims to transmute “Arabic calligraphy from a cultural vessel into an icon” that can successfully represent a vital element of Saudi Arabia’s cultural identity as it is also an asset of history for the region. 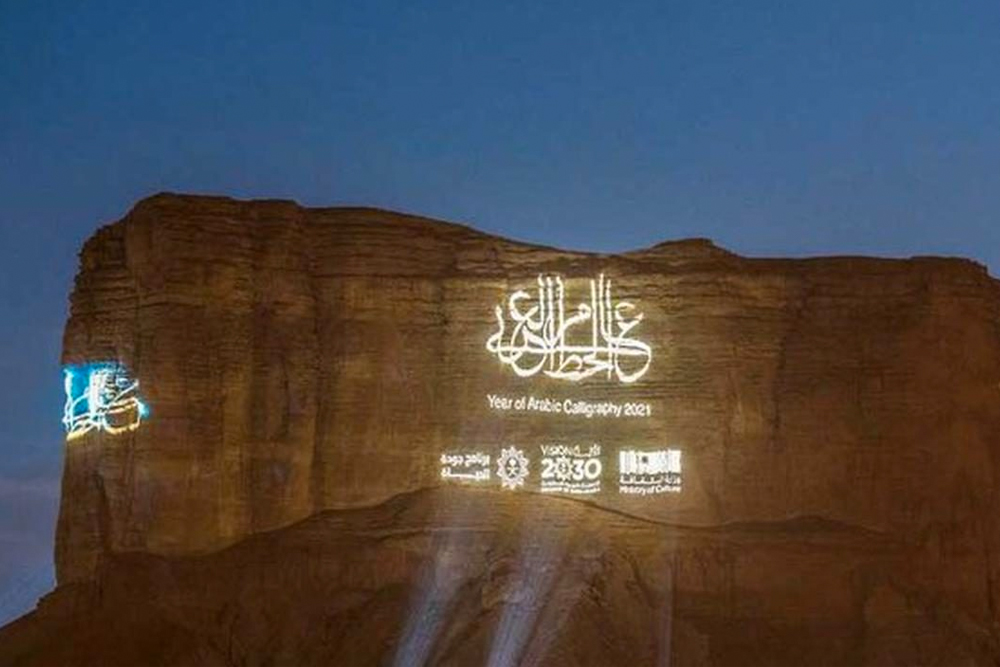 The display on the mountain was organized in partnership with Qiddiya Investment Co. for the inaugural ceremony of the “Year of Arabic Calligraphy” initiative for 2021. There were three other logos also displayed along with the initiative’s, and these belonged to, the Quality of Life Program, Vision 2030, and the Ministry of Culture. 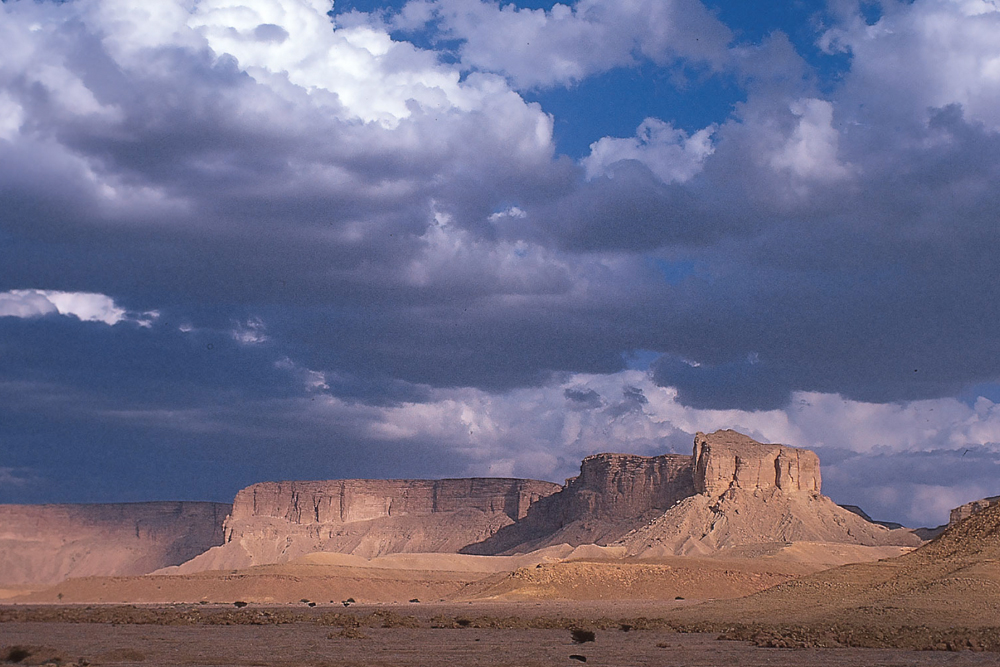 The inaugural event and display on Mount Tuwaiq is part of the Ministry’s efforts to promote the “Year of Arabic Calligraphy” initiative which was launched to encourage a continual interest in the art of Arabic calligraphy and cultural importance.