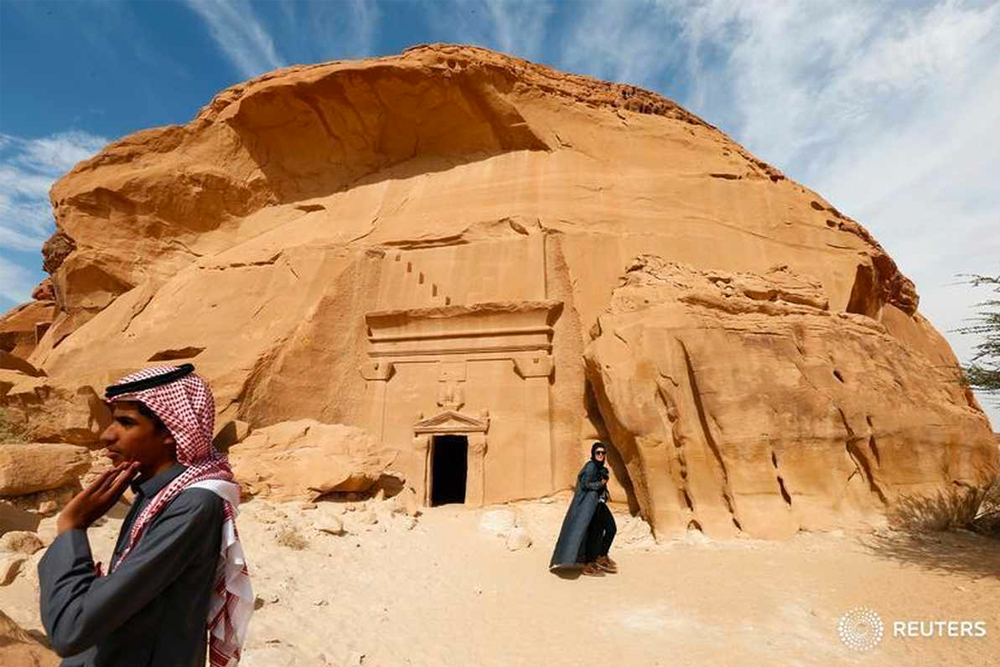 Over 13 types of inscriptions from ancient Arab civilizations were unveiled across Saudi Arabia. Some of them dating back to as far as 1200 B.C, the inscriptions have been found in the Arabian Peninsula, with the best-known ones on rocks in the mountains.

Speaking to Arab News, Dr. Sulaiman Al Thiaeb, professor of ancient Arabic writings and cultural consultant at the King Faisal Center for Research and Islamic Studies, said, “The oldest Arabian Islamic and Arabic-related inscriptions are the Thamudic inscriptions that date as far back as 1200 B.C. We did not find political Thamudic inscriptions because most of them are social and reflect the thoughts of ancient Thamudic or Arab individuals. We mostly find them in deserts, along trade routes and inside cities such as AlUla, Najran, Tayma and Al-Jouf, which were the capitals of kingdoms.”

Dating back to 1000 B.C. Aramaic inscriptions have been found in Al Ula, which was the capital city of the Dadanite and Lihyanite Kingdoms, which existed between the 10th century B.C. and first century B.C. before the Nabatean civilizations overthrew them.

Dr. Al Thiaeb also added that “the Lihyanite inscriptions found in northwestern Arabia are similar to the Thamudic, Safaitic, Nabati and Aramaic dialects and the dialects of the South Arabian script, such as the Sabaean and Minaean dialects.” The majority of these ancient carvings are mostly found in the northwestern and southwestern Arabia and in the region of Hail. Recognized by UNESCO, the region of Hail stands as one of the richest in ancient history and is the home of Jubbah.

The ancient texts found across the peninsula include writings in Palmyrene, Hebrew, Latin, Greek, ancient Egyptian and Babylonian. They are said to be written by soldiers and merchants who passed through what is known today as Saudi Arabia.

Al-Ahsa has a ton of heritage and awesome palaces to easily become a favorite destination for Saudi –and international– history lovers.https://t.co/rynkDihph8

Dr. Salma Hawsawi, professor of ancient history at King Saud University (KSU), notes that the first written inscriptions date back thousands of years, which were originally drawings, syllables and symbols before becoming a type of alphabet.