An Epic Fendi Debut: Kim Jones Rises To The Occasion

The looks from the star-studded, highly anticipated debut will live rent-free in our heads... 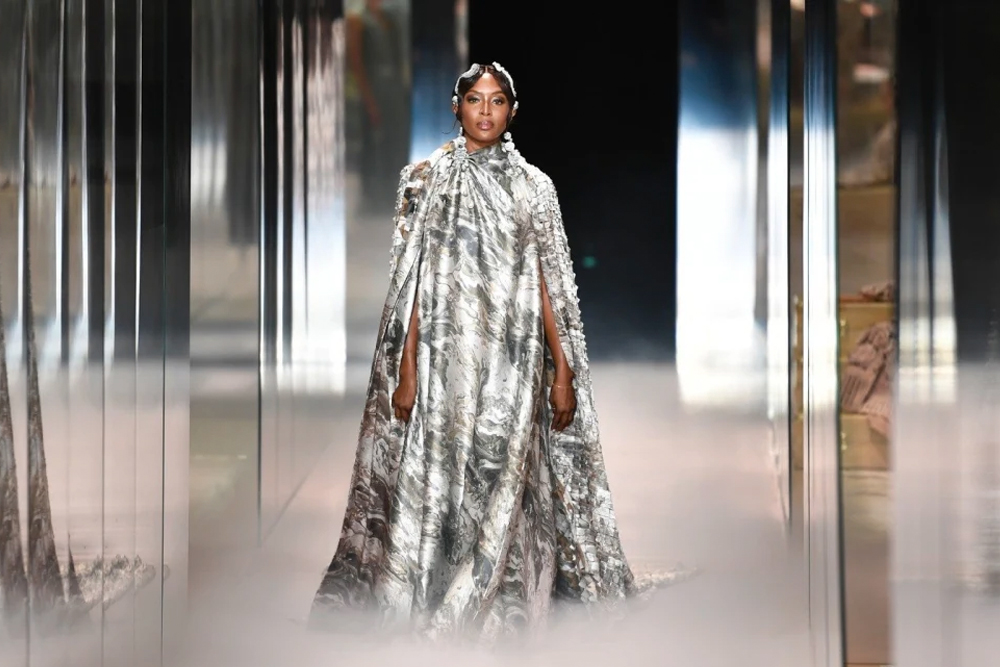 One of the biggest highlights at the latest couture shows from Paris Fashion Week has undoubtedly been Kim Jones’s first Haute Couture outing for Fendi. The new Artistic Director of couture and womenswear for the luxury Italian house presented a bona fide fashion spectacle, seeing him rise to the occasion during his first significant foray into womenswear and his first time ever working on couture.

The Biggest Catwalk Stars Align
The spring-summer 2021 collection was inspired by writer Virginia Woolf’s “Orlando” and her sister Vanessa Bell, a painter, interior designer and member of the Bloomsbury Set. For the magnificent virtual presentation, Jones, who revealed he’s admired these two women his “entire adult life,” turned to a star-studded cast of models, including Adwoa Aboah and Cara Delevingne, who stunned in a mint green and orange velvet two-piece camouflage suit with matching sheer blouse. Bella Hadid, who strode out in a stunning midnight blue sheer beaded body-hugging gown with a diaphanous overlay, also added her megawatt star power. 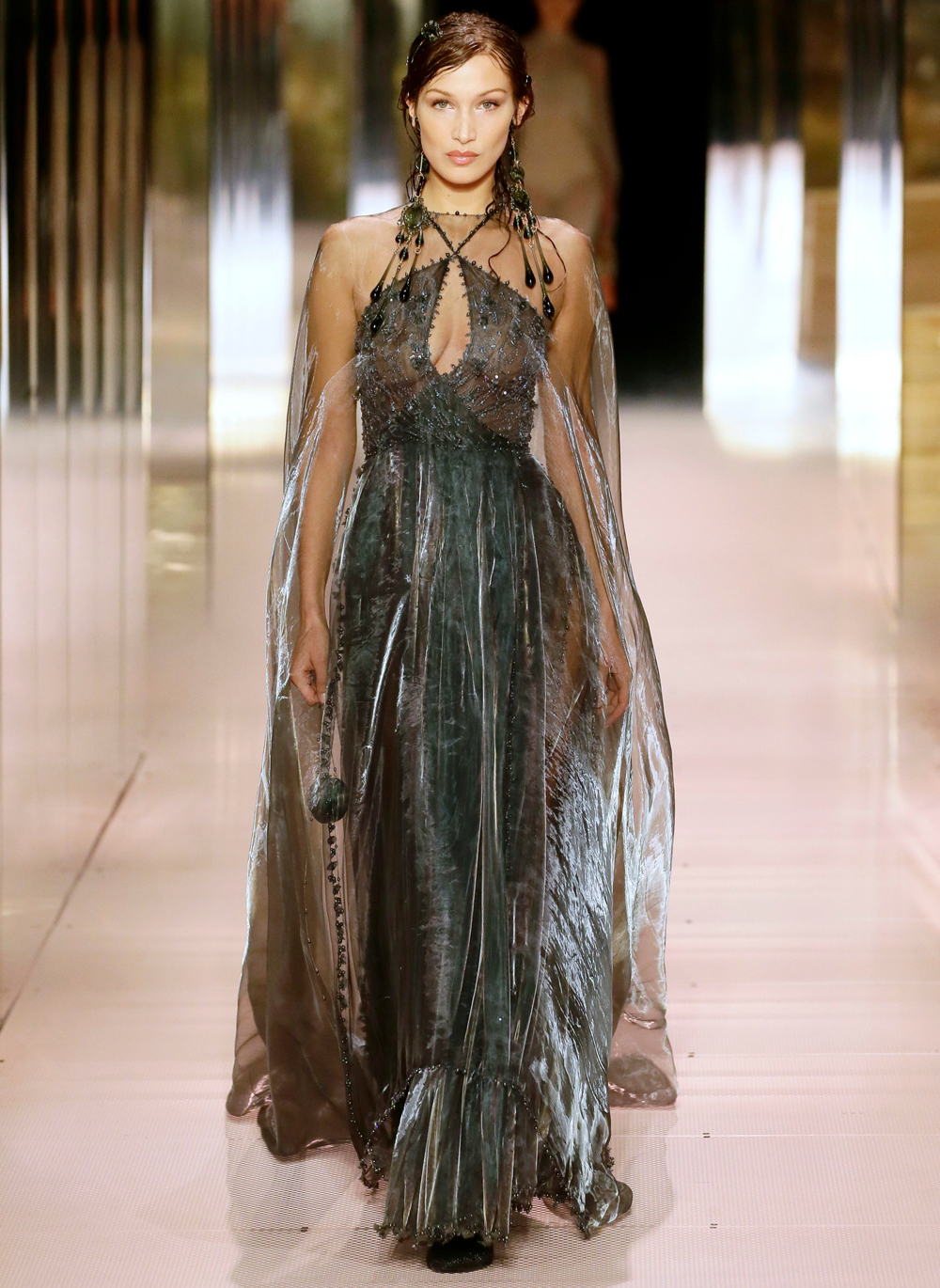 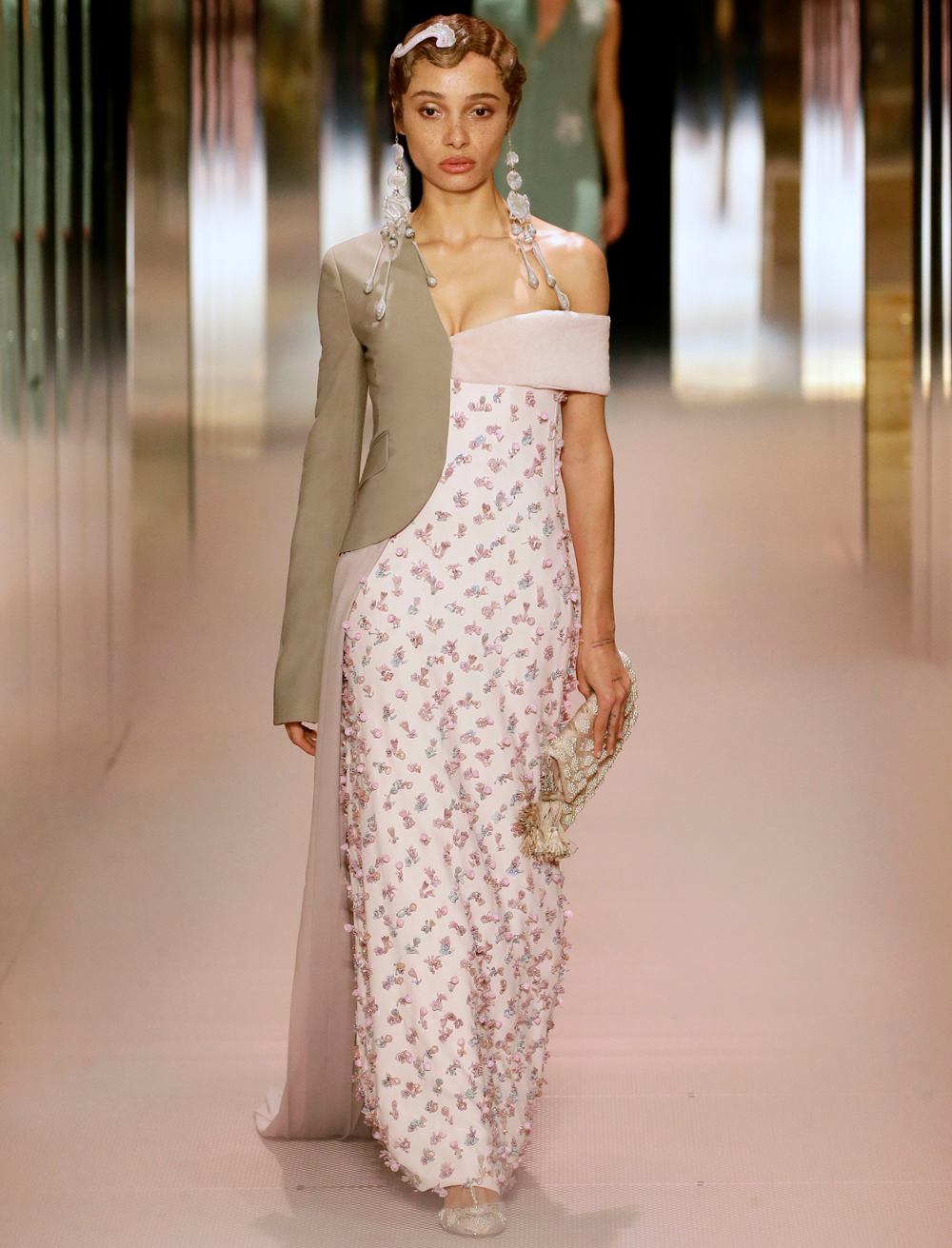 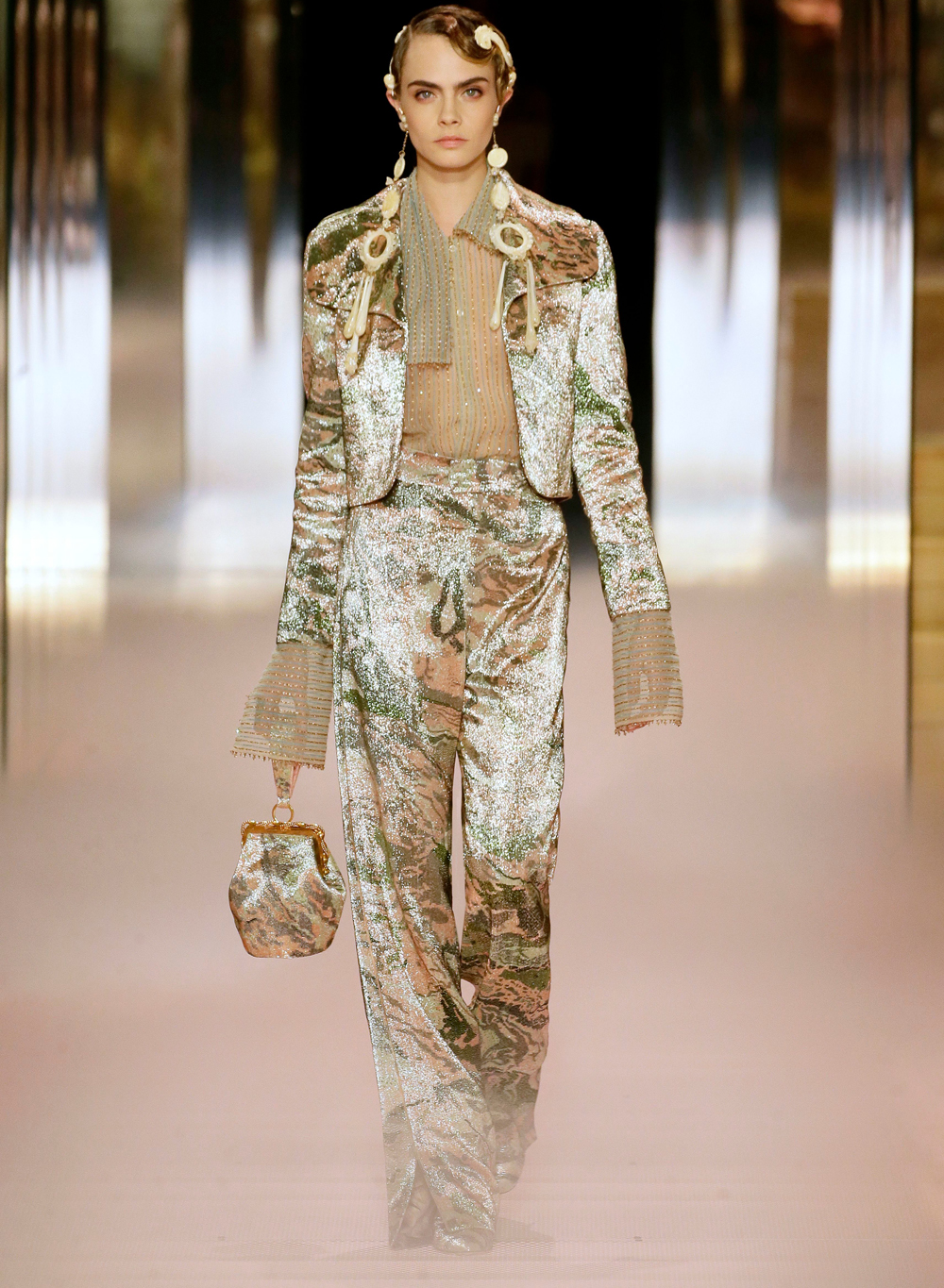 Original 90s supermodels like Kate Moss, seen in plunging silver satin maxi gown with a hem decorated with pretty embellishments and capelet sleeves, also took part in the magical show that could be described as a love letter to women. Naomi Campbell commanded attention in a regal satin-like metallic marble print dress that came with a dramatic cape and headpiece, while Christy Turlington Burns and Farida Khelfa also made their marks. And for some it was a family affair, with Moss’s daughter, Lila Grace, Turlington’s nephew, James, and Aboah’s sister, Kesewa, joining the lineup of runway heavyweights. What’s more, Demi Moore opened the British designer’s show, with the 58-year-old actress rocking a revealing off-the-shoulder black silk suit with wide-legged pants, accessorised with black statement earrings and a clutch, for her surprise runway debut.

The creative shared he was inspired by some of the stars who walked the show too, saying: “Each look is about the personality who will be in it. That's the luxury of couture, it's designed specifically for the person."

The Collection
Jones, who was also inspired by Gian Lorenzo Bernini's baroque marble sculptures and the Charleston farmhouse in East Sussex where they would meet for the collection, opted for a soundtrack by composer Max Richter to help present his striking 19-look collection. There were sweeping and dramatic capes, extravagant and mesmerising evening gowns that mixed masculine and feminine auras and androgynous sharp tailored separates The models walked a theatrically lit labyrinthine like-structure, which featured bookshelves and a grassy floor, an ode to the maze scene in the 1992 film adaptation of the Woolf book, at the historic Palais Brongniart. And as they stood in the transparent vitrines that were a nod to the label's "double F" monogram, we spotted a muted and restrained colour palette, with many rich earth tones, helping the focus rest on the embellishment and texture of the pieces. 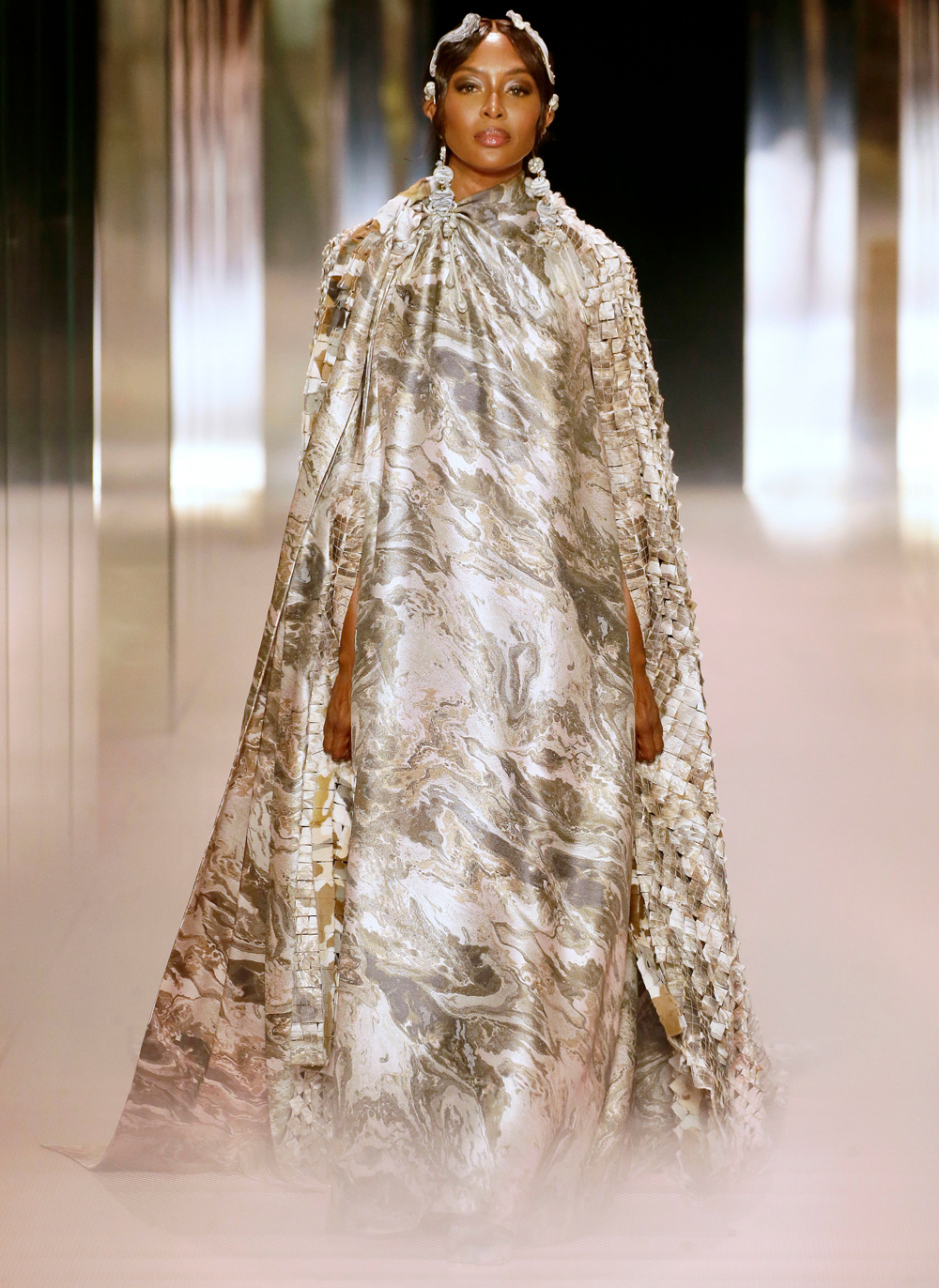 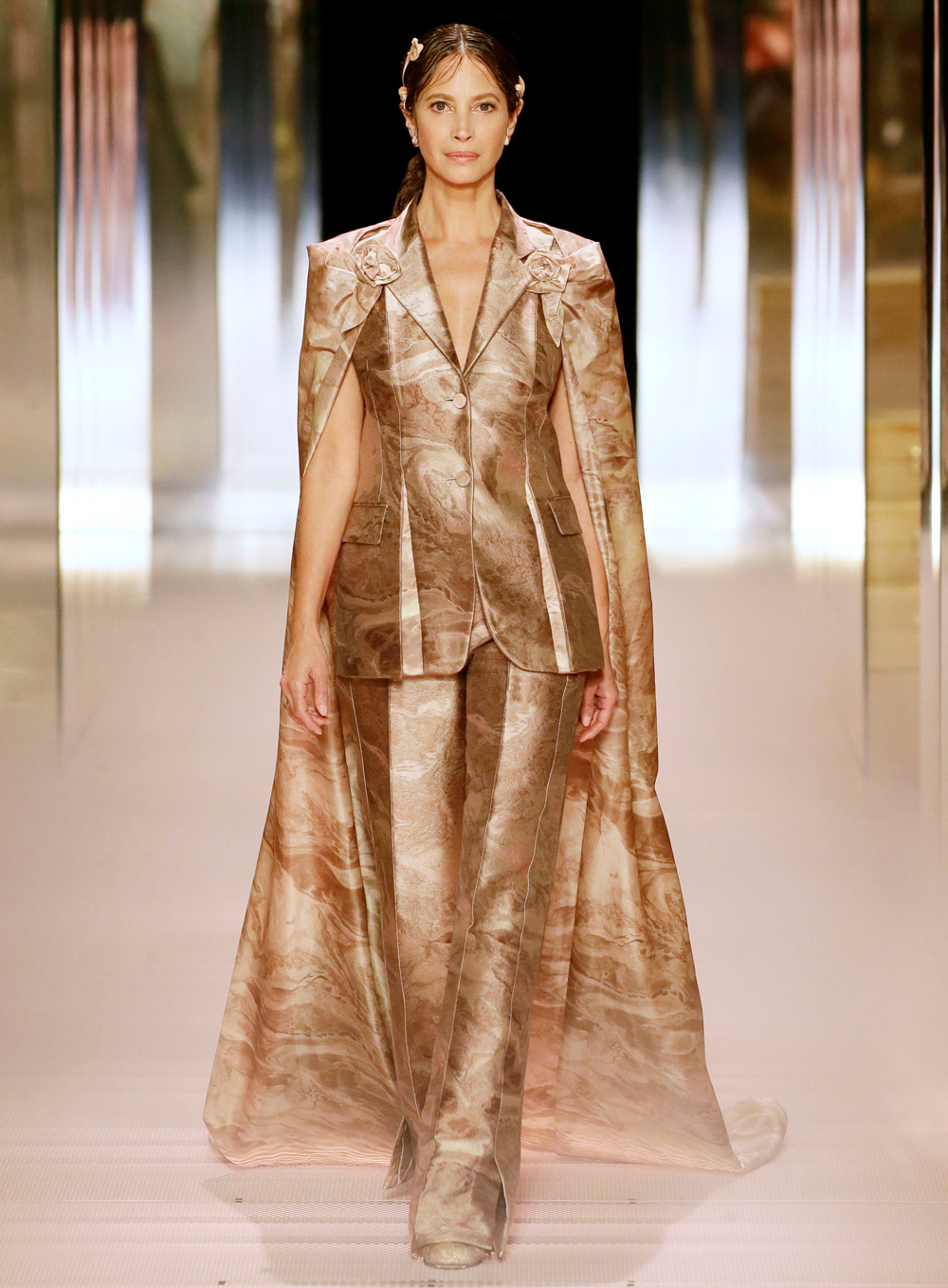 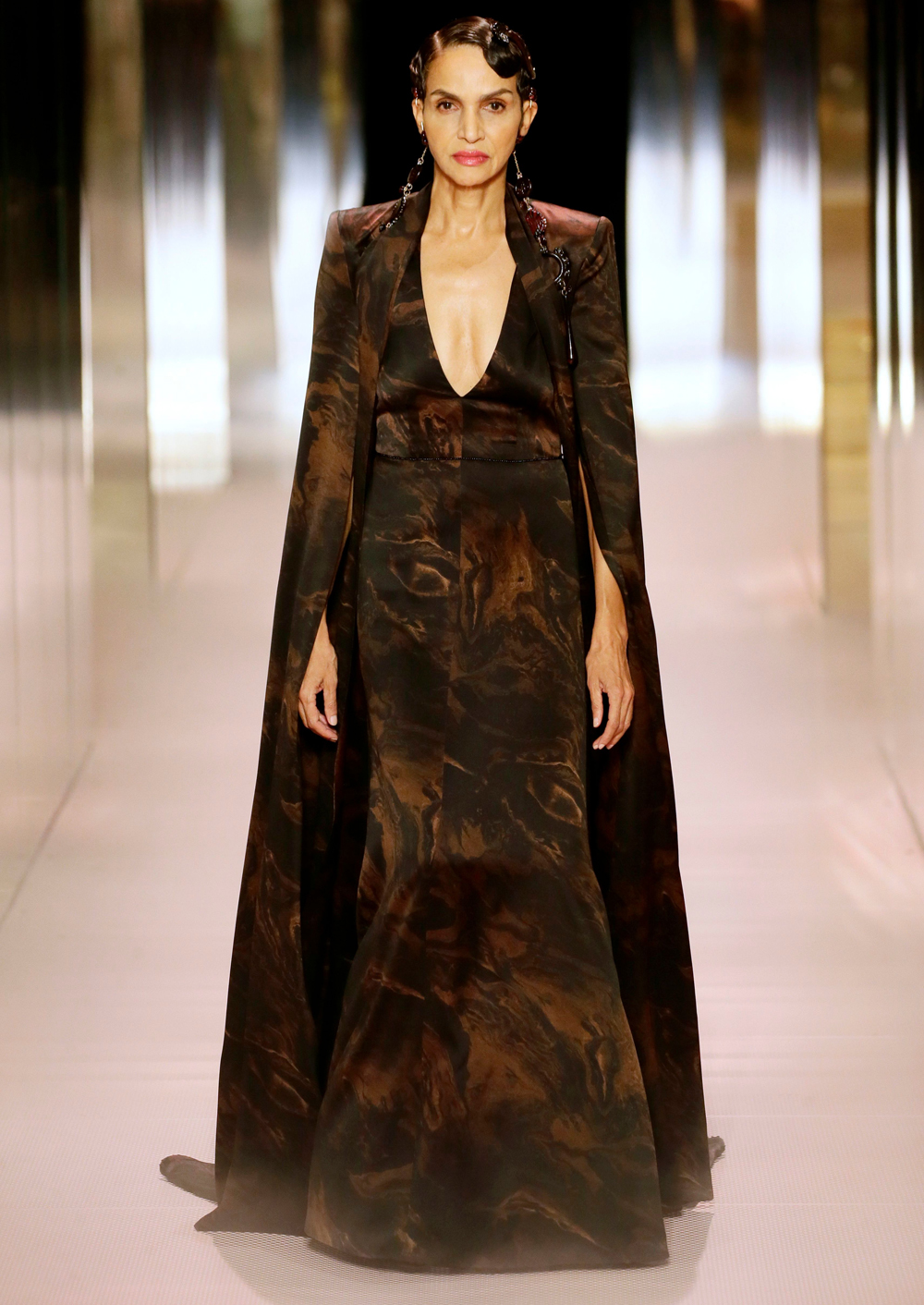 Romantic and subtly sexy ethereal evening gowns came with shimmering fabrics and gauzy layers. A period feel with Empire waistlines and long trains was apparent, while some of the draped gowns were gracefully decked with crystals. 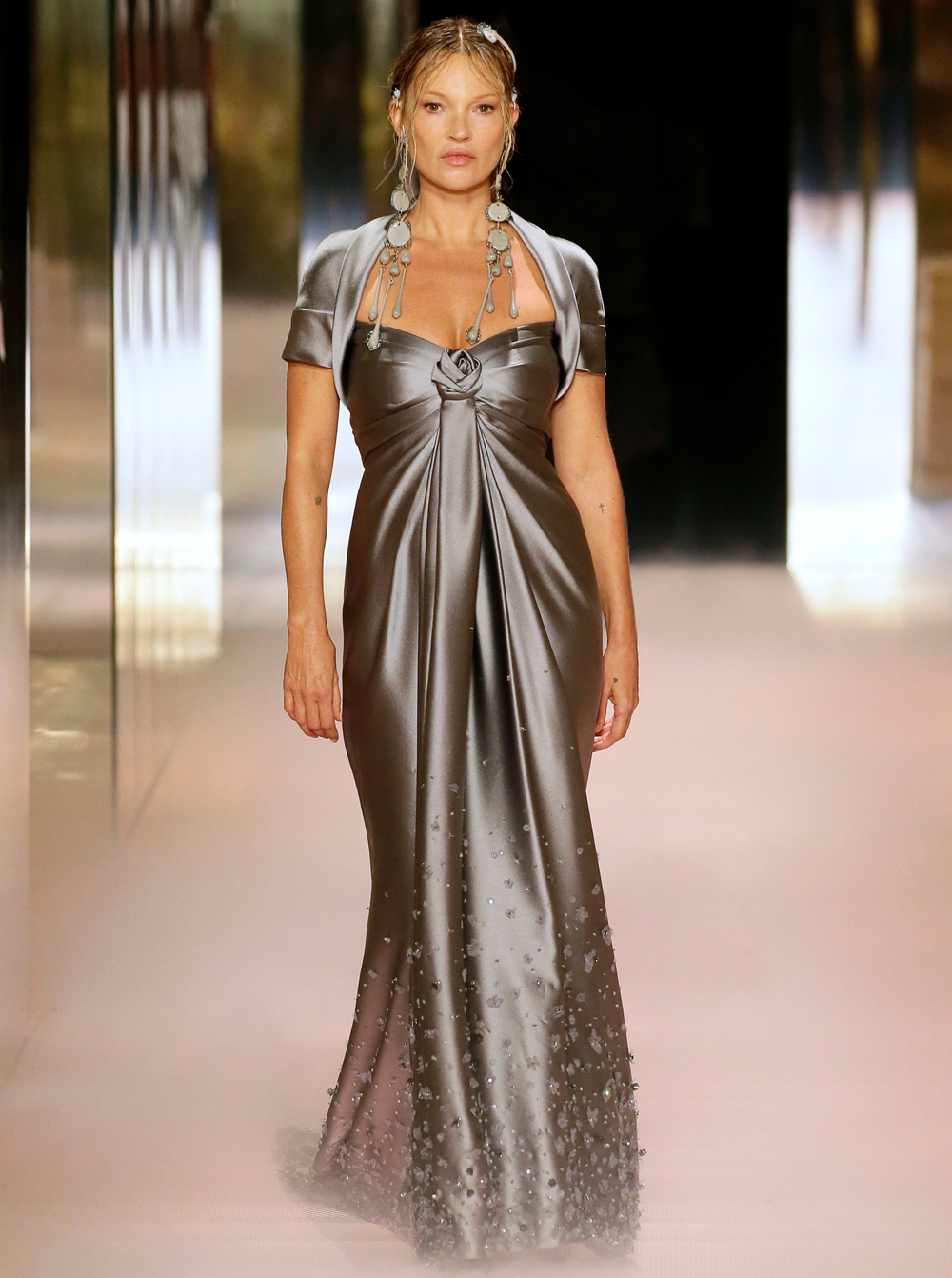 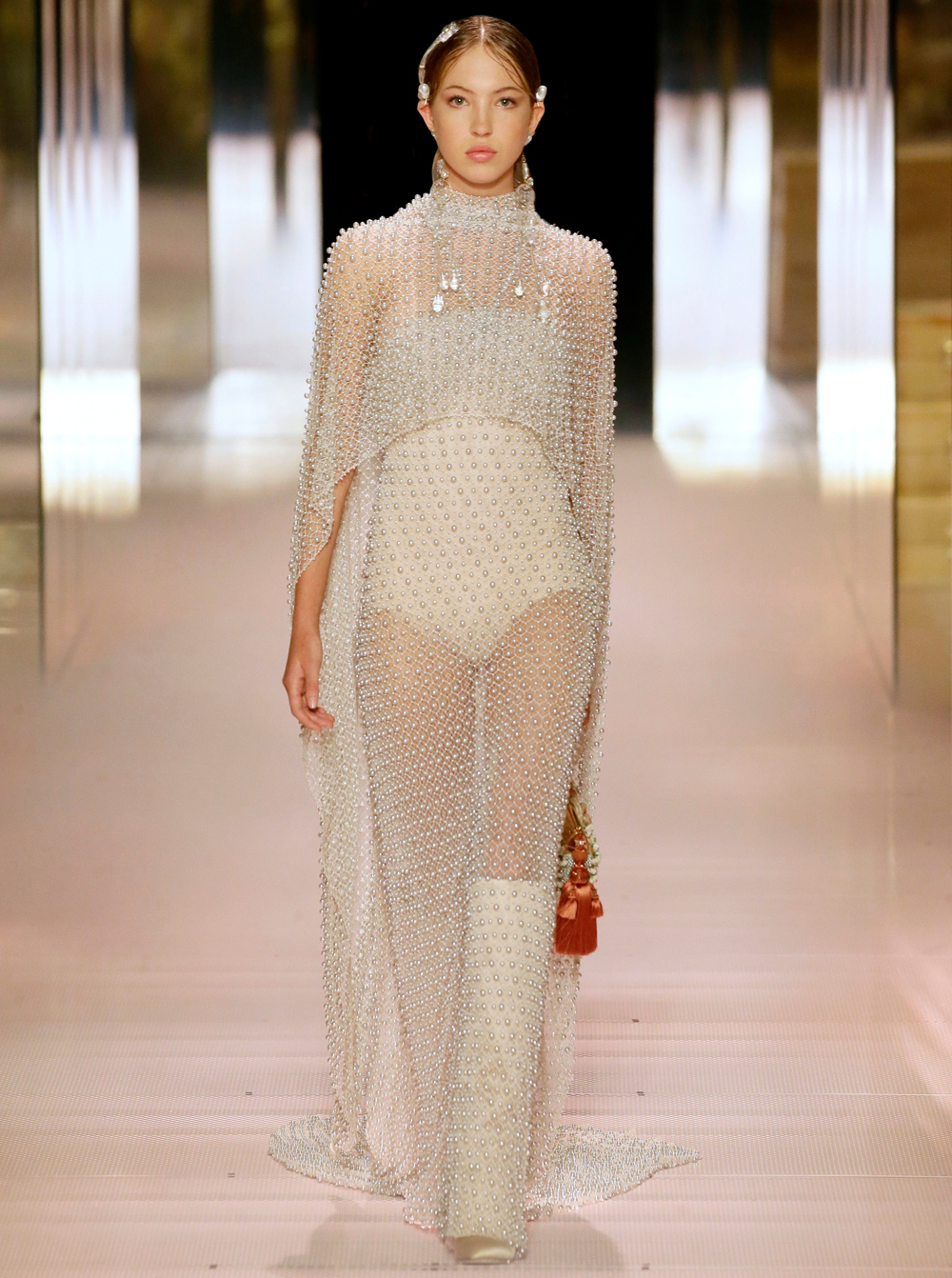 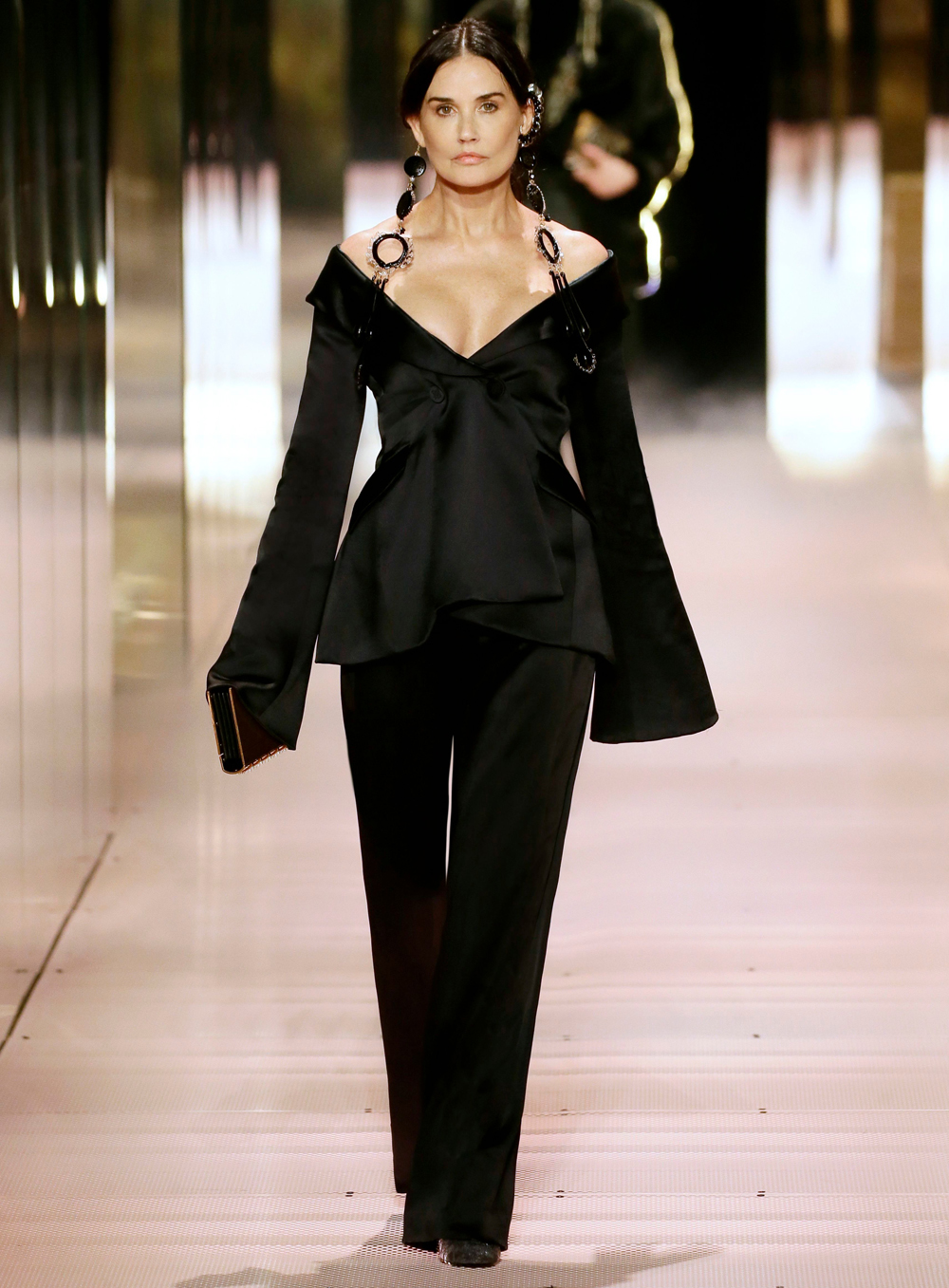 Also the Artistic Designer of Dior men, Jones, paid a noteworthy tribute to his predecessor Karl Lagerfeld, who spent over half a century at the house’s helm. The “Karligraphy” monogram that appeared in his last collection for Fendi came back in the form of a beaded detail on leather boots. Mentioning Fendi is all about family in his show notes, Jones also embraced the strong, powerful women working alongside him, namely Silvia Venturini Fendi, the Artistic Director of accessories and men’s wear collections. Her daughter Delfina Delettrez Fendi, the maison’s jewellery Creative Director, was also spotted walking the show with her sister.