The incredible sports and wellness campaigner has played a central role in the development of women’s sport in the Kingdom, with girls and women figuring notably in SFA programmes… 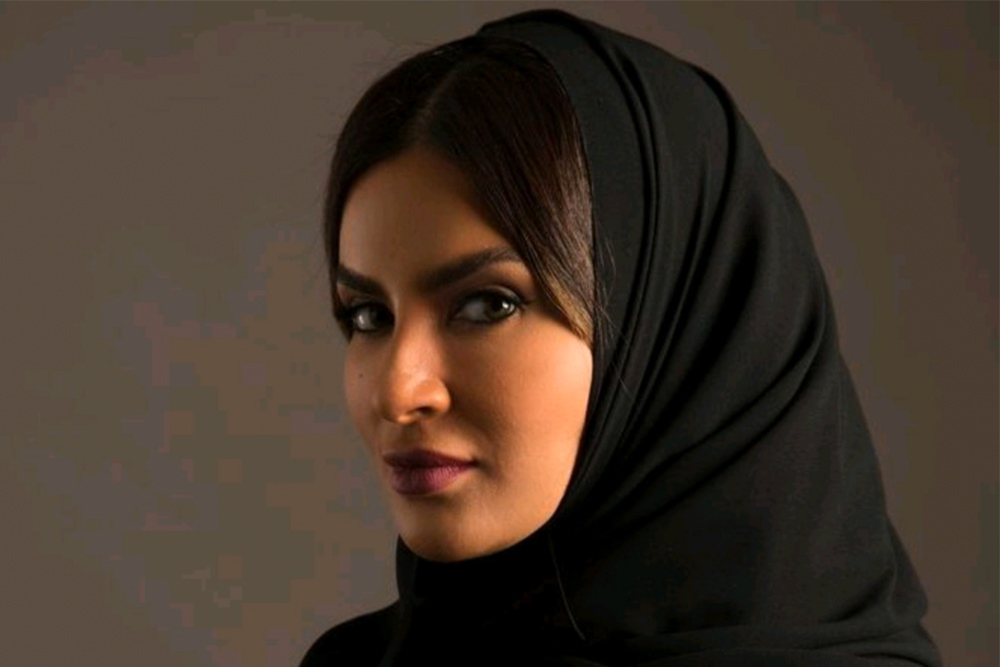 Shaima Saleh Al-Husseini, who describes herself as a promoter for “a healthy and active lifestyle for people of all ages and abilities across the Kingdom of Saudi Arabia” on LinkedIn, has always felt a need to focus her energy on Saudi society. And one way she has been giving back to her country is by making waves as the Saudi Sports for All Federation (SFA) Managing Director. Even lockdown restrictions during 2020 didn’t stop the active community advocate from reaching the goals set for the proactive community sport and wellness organisation that develops physical activity and social interaction programmes for everyone living in the country. One way the Institute for Management Development EMBA candidate and the team at the federation kept on track last year was to focus on public health and wellness communication rather than large events.

For instance, there was the extremely popular digital national health and wellness campaign, Baytak Nadeek, which saw around 3.8 million people turn their homes into gyms in just over two weeks after it was launched. As well as the campaign that facilitated donations for the Saudi Food Bank and helped people feel unified, the SFA joined the World Health Organization’s first virtual “Walk the Talk: Health for All Challenge.” The online event, which took place in May, included physical activities, information sessions with experts on topics ranging from physical and mental health to nutrition and healthy ageing, as well as cooking demonstrations. The federation also launched the “Move to Game” initiative with the Saudi Arabian Federation for Electronic and Intellectual Sports. The one-month gaming meets physical activity scheme suited all fitness levels and had competitors meeting daily steps and exercising challenges.


Plus, of course, there was the community level Women’s Football League (WFL), the first league of its kind in Saudi Arabia. The SFA developed the league as part of its scheme to encourage female sports participation and help extend and augment infrastructure for women in sports. As well as being under the careful supervision of the Ministry of Sports, it is supported by the Quality of Life programme.

This February, Saudi is hosting one of the largest golf tournaments in the world for the third time in King Abdullah Economic City: https://t.co/erpsmbPTYq

It was initially launched in February 2020, but gameplay didn’t start until November, with 24 teams from Riyadh, Jeddah and Dammam joining in a city qualification round before the semifinals and final. After a total of 21 matches in each city, the Champion’s Cup, won by Challenge Riyadh, included the finalists from each city along with the best second-place team. The participants, aged between 17 and 30, played a total of 50 matches between November 17 and December 17.

“The SFA’s massive success rate at bolstering people’s physical and mental health at a time when so many people across Saudi Arabia needed us most was the professional highlight of my year,” Al-Husseini told “Entrepreneur Middle East.” The Boston University graduate added, “It also resonated on a personal level, seeing all these people reach out to us on social media telling us we changed their mood and made life more positive during a challenging time.”

From optical illusions and brain puzzles to holograms and immersive rooms, it’s never a dull moment at the museum.https://t.co/iVwBEk7fPz

And it seems this year is going to be just as full of accomplishments for Al-Husseini, who has worked in various public sector positions involved in wellness and sports. So far, the SFA, which has a mandate of increasing the population’s physical activity levels to 40 percent by 2030, has organised the fourth edition of the Step Together programme. It tasked adults of all ages, backgrounds and abilities across the country to complete a half marathon (21.1 km), whether by walking or running, within 10 days. And the dedicated children’s challenge of 10 km had the same time frame.

Saudi Arabia is working towards training a whole new generation of football stars.https://t.co/LxMCjACOST

In addition to an anticipated second season of the WFL, the SFA has announced its first ever Global Goals World Cup (GGWCUP) Saudi Arabia. Launched in 2015 and described as the “social good world cup,” GGWCUP uses women’s community level football as a vehicle to promote the United Nations’ 17 Global Goals (SDGs). And for the inaugural Saudi edition, the SFA is inviting women across the Kingdom to form teams and host events, activations and programmes based around the UN’s SDGs so that sport can stimulate social good and create long-term positivity in their local communities. The winning team will compete at the final GGWCUP in New York City.

“The initiative is aligned with SFA’s own focus on wellness, community participation, and the SFA’s desire to play a leading role in fostering positive impact and lasting change. GGWCUP Saudi Arabia will be delivered as part of the Quality of Life programme, a vertical of Vision 2030, and as part of the federation’s ongoing commitment to increase participation in physical activity,” Al-Husseini, who initially worked in the private sector, is quoted as saying on the SFA’s website.