Guests had a unique opportunity to dive into the enthralling fantasy world of Hermès silks at the event that brought all the art, culture and design behind the scarves to life. 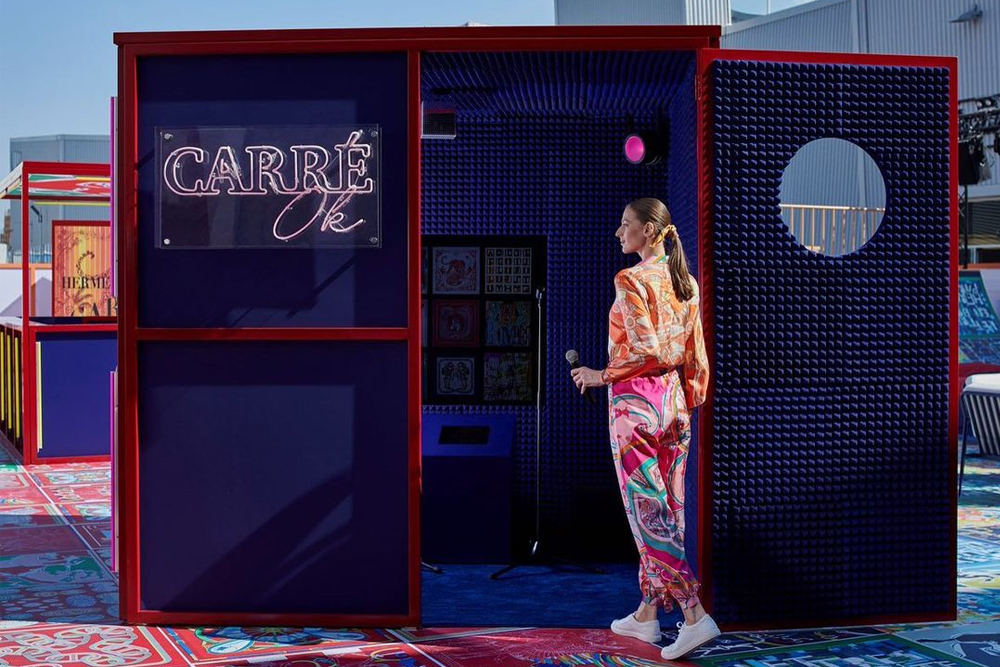 After mesmerizing visitors in New York, Paris, Milan, and Singapore, the Hermès Carré Club finally landed in Dubai. The interactive and multi-faceted pop-up at Concrete, Alserkal Avenue, was open to all lovers of the French luxury maison’s famous silk square, the carré. The event, which took place from January 15-20, was a celebration of the art and legacy of the signature luxury scarf, which was first introduced in 1937. Via the amazing array of activities, visitors, which included some of our favourite Dubai-based influencers and celebrities, got to learn first-hand all about the beloved Hermès silk scarf, a one-of-a-kind blend of art, skill and culture. The fun, immersive experience shone a spotlight on the extraordinary treasure house of designs, intricate printing process and impeccable finishing.

After being greeted by an Hermès waistcoat-clad concierge behind an extremely Instagrammable desk, visitors were able to plunge into the magic world of Hermès silks in different and exciting ways. Meeting the artists behind the iconic silk squares,including Cyrille;Diatkine, Gianpaolo Pagni, Théo Gueltzl, Octave Marsal and Daiske Nomura,and getting to watch them bring their creativity to life in real time in the Carré Studio was one of the most thrilling privileges.Diatkine even offered sketch sessions for those who were lucky enough to get on the waiting list.

The exhibition, which was divided into different areas, also allowed those who booked their slots to travel into outer space inside the Carré Cube, where there was a video installation called “Space Journey” by Ugo Bienvenu. They were also able to listen to all the interesting tales about the silk scarf at Carré Stories. Fashionistas also got to learn how to perfect the art of knotting a scarf or turning it into a turban at Carré Knot, which offered styling masterclasses with Jennifer Kolomoni and Carmel Harrison. They had the chance to get more insight through the live design talks at Carré Café too, while the Carré Park was where skateboarders took to skate ramps, showing just how men’s silk can grab attention. 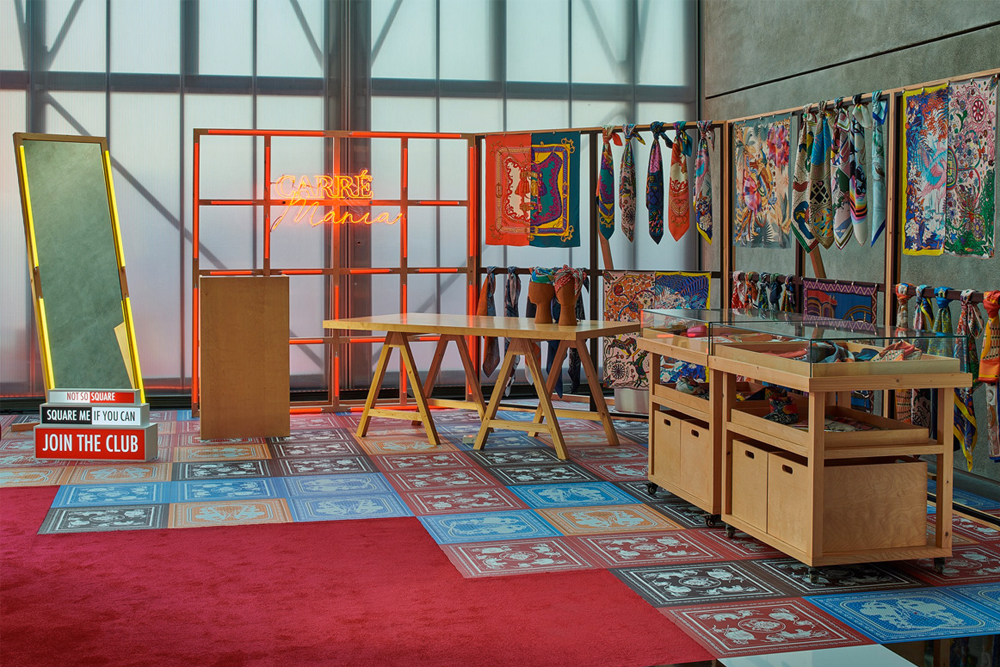 The vibrant pop-up also saw attendees showing off their singing skills at Carré OK or listening to local musicians and DJs like Lobito Brigante, Megatronic, Abri & Co and Shébani while taking a break. And dizzied visitors were able to walk home with photo memories from the event thanks to Carré Click, and of, course, a variety of women’s and men’s scarves, as well as some must-have custom ones. The scarves on offer at Carré Mania included limited editions in the exhibition’s colours. 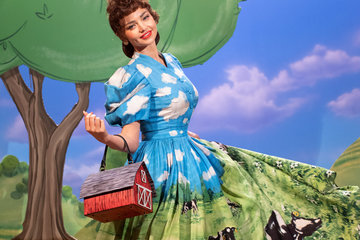 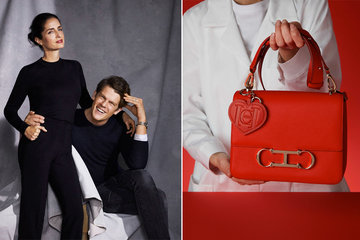 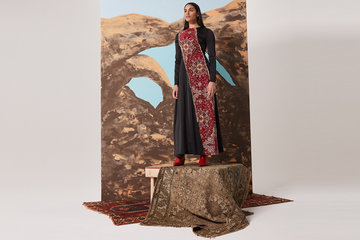 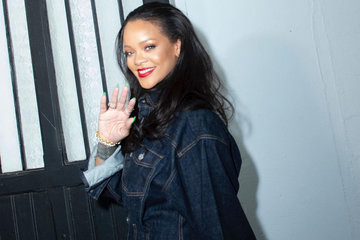 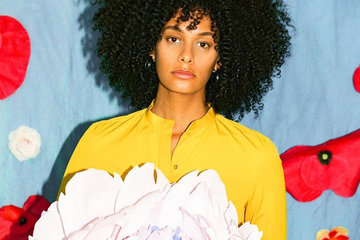