The song is a wakeup call to pressure political leaders into taking immediate action and to help people remember to show more respect for nature, according to Anderson Mwakazi. 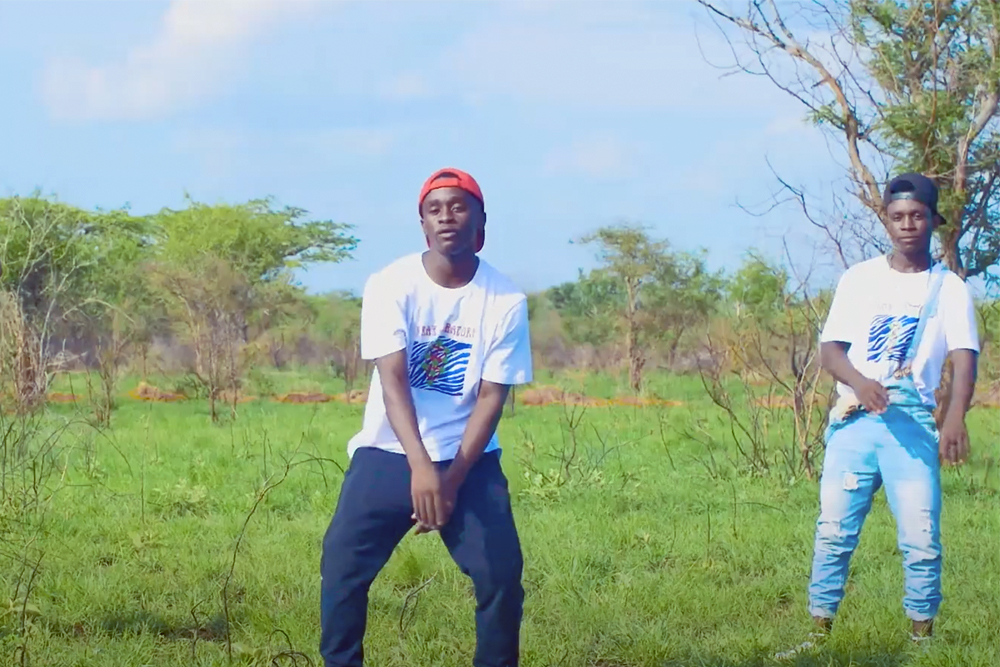 Rising rap stars Anderson Makazi (aka Harshkid Luckystah), Benard Kaisa (aka Benkaizah) and Simon Mwanjala (aka Popsodah) have released a new music video with an important message for the world. In the video, the eco-conscious Kenyans touch on the essential need to stop forest destruction, the second largest contributor to the climate crisis.

As Mwakazi lives in the Kasigau Corridor, a severe drought region in SE Kenya, located between Tsavo East and Tsavo West National Parks, a vital wildlife corridor, it is a subject that’s dear to his heart. His family and neighbours are subsistence farmers, and he knows first-hand how burning and cutting trees to clear land for farming and for charcoal production has a direct negative impact on the rain and farming conditions.

“My generation is increasingly anxious about the climate crisis, we don’t know if our lives will be cut short or if current harsh conditions will get even worse. It is overwhelming and causing young people serious depression,” the rapper, who hopes the collaboration will inspire environmental activism, said.

Wildlife Works, a leading conservation business focused on protecting forests, wildlife and sustainable development for local forest communities, along with its business development partner, Everland, sponsored Anderson to write and record “Pray for Nature.” And it is through The Kasigau Corridor-based company’s community outreach leaders that Anderson first learned about climate change and the importance of protecting trees.

Kenya’s upcoming rap stars, Anderson Mwakazi and fellow artists Benard Kaisa and Simon Mwanjala have released ‘Pray for Nature,’ a new music video with an urgent message for the world about the climate crisishttps://t.co/dKTUkksgpM pic.twitter.com/IasYtvkW1o

With the help of 350 local employees and the cooperation of 120,000 community members, Wildlife Works is able to protect the entire 200,000 hectare corridor. Its far-reaching community engagement activities include youth education on environmental issues held at local schools. Lots of the schools have been built or refurbished by Wildlife Works and they are where thousands of children have and continue to receive scholarships covering their school fees.

The Effects Of Deforestation:
The Intergovernmental Panel on Climate Change – the United Nations body for assessing the science related to climate change – warns that deforestation increases the effects of climate change, like water scarcity, drought and food shortages. Billions of people will be unfavourably affected, and this is especially true for those who live in rural parts of the world and depend on farming to feed their families.