It's a bright start for Basma Al Balawi! 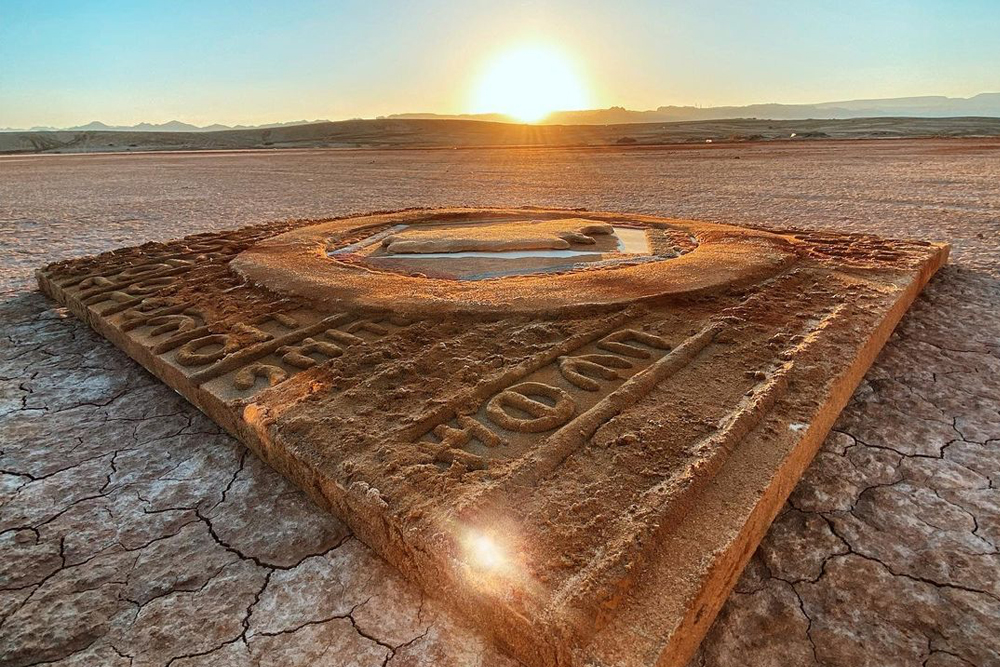 Basma Al Balawi is a young Saudi artist who created a piece to mark the 41st GCC summit held in AlUla, Saudi Arabia. Her work of art depicts the history of the ancient city of Al Ula, and the piece has been a conversation starter across social media platforms since the GCC leaders signed a declaration to unify with Qatar – ending a three-year dispute with the country.

Speaking to Arab News about her art piece, Al Balawi said, “I first thought of this work when Al Ula was announced to be the host of the 41st GCC summit. I wanted to celebrate my city’s rich historic and archaeological heritage using elements from our nature and monuments.”

Basma’s piece comes from a place of pride for her community, and it being host to the GCC summit, as she continued, “In this artwork, I merged the GCC logo, using different colors of sand from the AlUla area, with symbols and drawings that resemble AlUla’s ancient cultures.” In the center of her work of art sits the GCC logo surrounded by the history of Al Ula, including inscriptions that resemble the ancient carvings of the Lihyan civilization, using an ancient Arabian script, Al Musnad, which has been found in the ruins of Dedan, the Lihyan capital – now referred to as Al Ula.

Al Balawi’s piece took her four days to create and is around 100 square centimeters in size – but it isn’t the first piece of art she has dedicated to her home city of Al Ula. Basma told Arab News, “I have done six pieces so far inspired by AlUla and its fascinating archaeological sites, and I’m very happy with the results and will continue working with sand. I want to dedicate my art to embrace the beauty of our city and its ancient history, and I am really happy that my latest piece received such huge attention.”