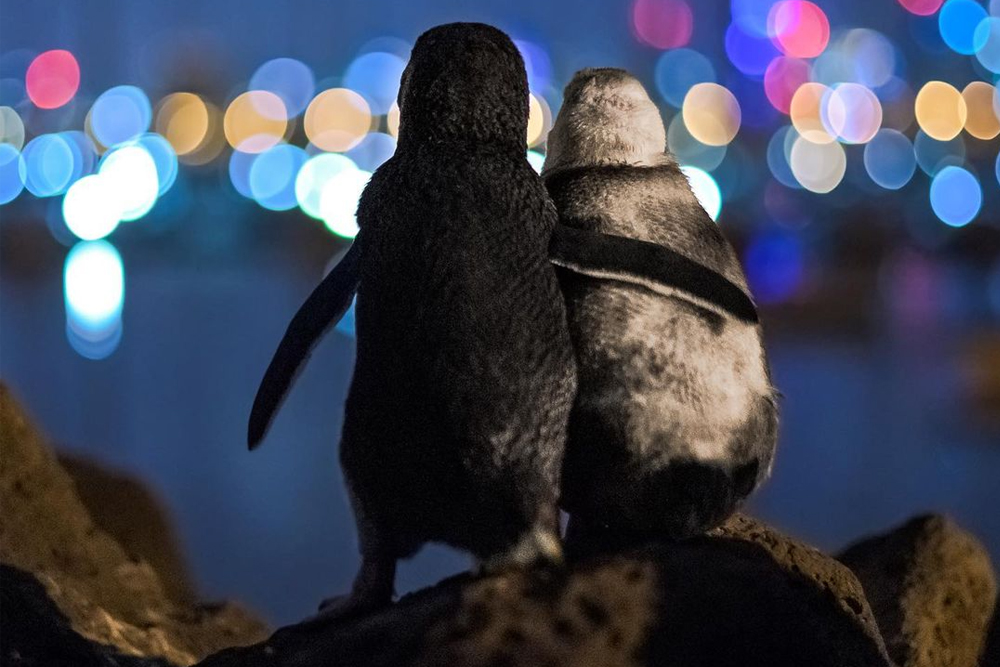 While 2020 has undoubtedly been full of trials and tribulations, there have also been some heartwarming, poignant and prevailing moments, like this shot of two widowed penguins standing “flipper in flipper” and seemingly comforting each other. The photo, which earned Tobias Baumgaertner the Community Choice Award at the Ocean Photography Awards 2020 organised by “Oceanographic” Magazine, is proof of the importance of communal support during times of grief.

To take the viral photo of the penguins, which has been spellbinding scrollers on social media for a while, the award-winning German photographer and videographer spent three nights with a fairy penguin colony before he was able to snap the image of the duo who had recently lost their partners and were apparently often spotted consoling each other. The photo was taken in St Kilda Pier in Melbourne, Australia, where the colony of around 1,400 penguins, which is supervised by volunteers, lives.

“These two fairy penguins poised upon a rock overlooking the Melbourne skyline were standing there for hours, flipper in flipper,” Baumgaertner wrote on Instagram, where he first shared the photo and a descriptive caption about taking the picture in March. "A volunteer approached me and told me that the white one was an elderly lady who had lost her partner and apparently so did the younger male to the left. Since then they meet regularly, comforting each other and standing together for hours watching the dancing lights of the nearby city."

In the post, the talented creative also talked about the difficulty of capturing the moment. "Between not being able or allowed to use any lights and the tiny penguins continuously moving, rubbing their flippers on each other's backs and cleaning one another, it was really hard to get a shot," he said. "But I got lucky during one beautiful moment."


There’s also a heartening video of the fairy penguins, known to be the smallest penguin species with a typical height of just 33cm.