Silvia Fadel is making sure the recycled glass collected from the streets of Beirut after the tragic blast is being used in the best possible way... 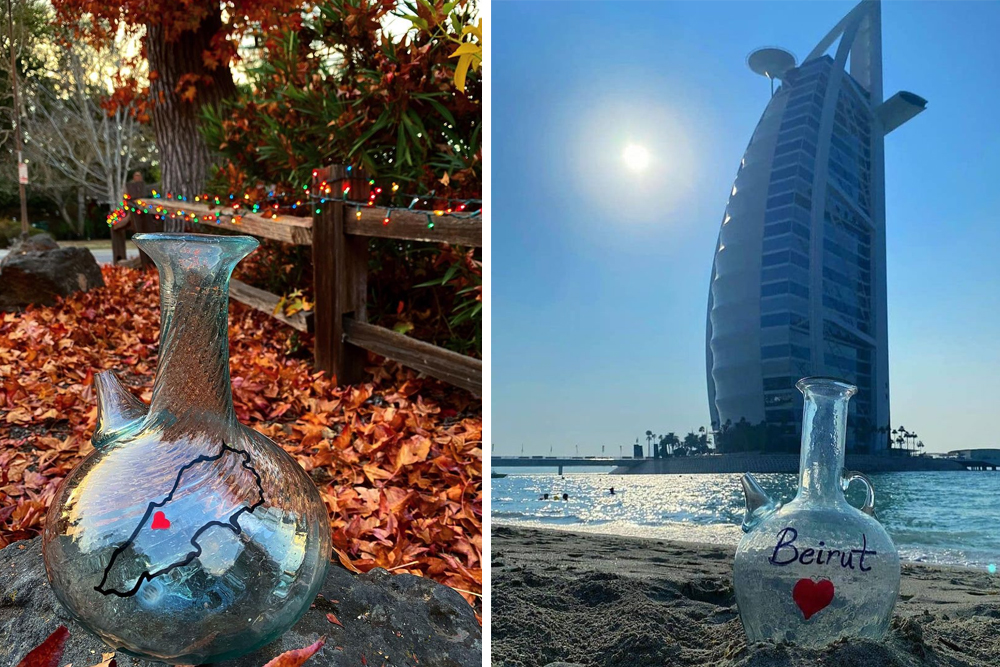 She may live far away in California, but Lebanon-loving Silvia Fadel made sure to join the droves of people who set out to help rebuild the country and make a difference after the massive explosion in Beirut’s port. The Lebanese-American entrepreneur is behind the Lebanese Glass initiative that has been transforming tons of recycled glass from the devastating blast into beautiful, traditional handmade Lebanese water jugs locally known as ‘ibriq’ and other time-honoured pieces.

As well as giving customers the chance to own a one-off piece with meaning, the online project with the motto ‘Every jug tells a story’ ensures customers are giving back to Lebanon. For every item sold, Lebanese Glass is donating $1 to Live Love Recycle, the country’s eco-friendly start-up that has been continually collecting the glass that shattered across Beirut. Fadel, a former educator, is also buying large quantities of the jugs and donating them to Live Love Recycle, one of the most proactive nonprofit groups in Lebanon, so they can sell them and keep the proceeds.

Additionally, Fadel, who launched Lebanese Glass in September, has been helping save the livelihoods of the extremely talented glassblowers, who live in Tripoli. They work for United Glass, the small glass blowing business that jumped on the chance to help turn the shattered glass into astonishing traditional masterpieces.

“The blue-collar workers make them individually, blowing the glass, pounding it on the ground and twirling it in the oven,” Fadel, who was inspired to launch Lebanese Glass out of her passion for Lebanese customs and conventional pieces, told Saudi’s leading English daily “Arab News.”

The transparent jugs, which come with a tinge of green and in varied designs, can be delivered all over the world. And it’s practically impossible to find identical ones thanks to small imperfections like discolouration, hemmed in air bubbles and soil grains. With their distinct appeal, it isn’t surprising the jugs keeping Lebanon’s essence and traditions alive around the globe are attracting international interest.