The effortlessly cool designer has a vivid and sleek creative energy… 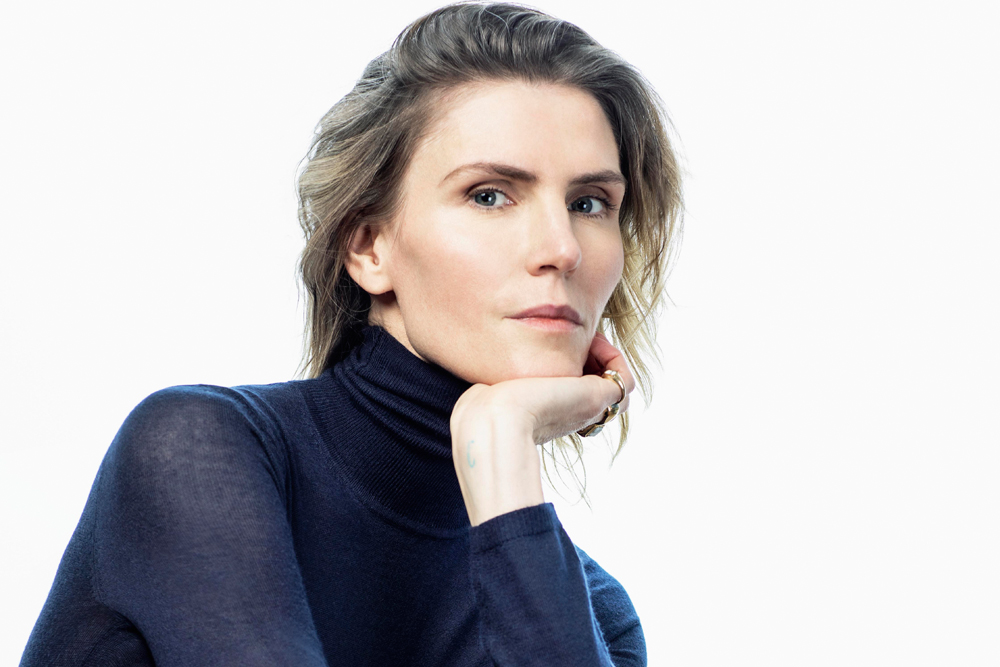 With her name already synonymous with luxe sustainability, Gabriella Hearst was the obvious choice for Chloé, which has outlined some new social commitments. While commenting on the appointment of the storied French house’s new Creative Director, Riccardo Bellini touched on how Hearst’s “powerful vision of more responsible fashion truly embodies the values and sense of commitment of today's Chloé women.” The Uruguayan-American designer is also known for focusing on women’s empowerment, another shared pillar. The Richmonte-owned brand’s founder, Gaby Aghion, had an “original vision of meaningful and powerful femininity,” Bellini, the Chief Executive Officer, added.

Hearst, a mother of three with two stepchildren, also made a statement about joining the esteemed number of female designers who have helmed the French luxury label, including Stella McCartney and Clare Waight Keller. “I am grateful for an opportunity at such a beloved brand as Chloé. I am thankful to Natacha Ramsay-Levi and all the other extraordinary designers that have come before her and helped build on the purposeful vision of Gaby Aghion,” the New York-based successor to Ramsay-Levi said. “I am excited for the opportunity to work under the leadership of Riccardo Bellini and support him in his commitment to create a business that is socially conscious and in balance with our environment.”

The Uruguay-born designer is expected to unveil her first collection for Chloé next March for the autumn 2021 season. She will continue working from her West Chelsea studio as the Creative Director of her eponymous fashion house, which was also founded on the principles of timelessness and quality.

She uses aristocratic, conscientious materials like silk, cashmere, linen and wool from her family’s ranch, which her father left in her care in 2011, on her “honest luxury” label. Known for her strong, modern, elegant yet utilitarian designs, Hearst also relies on biodegradable Tipa packaging, is steadfast in her plastic-free aim and is investing in zero waste stores. What’s more, for her spring/summer 2020 collection, shown in New York in September 2019, Hearst produced the first ever carbon neutral runway show.

About Gabriela Hearst
Gabriela Hearst, née Perezutti, grew up on her family’s 17,000-acre ranch, Santa Isabel, in Paysandu. While she did design Quinceañera dresses and explored her creative flair, a career in fashion wasn’t on her mind while she was a student at the British School in Montevideo. After studying Communications at the O.R.T. University of Uruguay, the tall, commanding beauty left to model in Europe and eventually made her way to New York in 2003. She worked as a sales director for a fashion showroom and went on to launch Candela, which originated as a T-shirt line, with two partners.

Then, in autumn 2015, after a decade at the bohemian-style contemporary label, she launched Gabriela Hearst, her luxury women’s and men’s ready-to-wear and accessories label. This was a way for her to honour her family’s heritage after taking over the operations of her father’s ranch. She wanted to create a brand that reflects a slower pace and process: where beautifully crafted things are made with care and detail, where tradition is more important than trend, where there is a purpose to every piece that is made to last. With her calf leather “Nina” bag accruing huge waiting lists and her tailoring popular with A-listers, it’s safe to say her label has been a raving success.

This has been a particularly big year for the alluring and sophisticated Hearst as she won the American Womenswear Designer of the Year Award at the CFDA Fashion Awards, as well as the Frank Alvah Parsons Award. The British Fashion Council also awarded Hearst as an Environment Honoree for her contribution in creating positive change within the industry. In the past, she nabbed the 2016/17 International Woolmark Prize for Womenswear, while in 2018, the year she was appointed to the board of trustees of Save the Children, she became the recipient of the Pratt Institute Fashion Visionary Award.