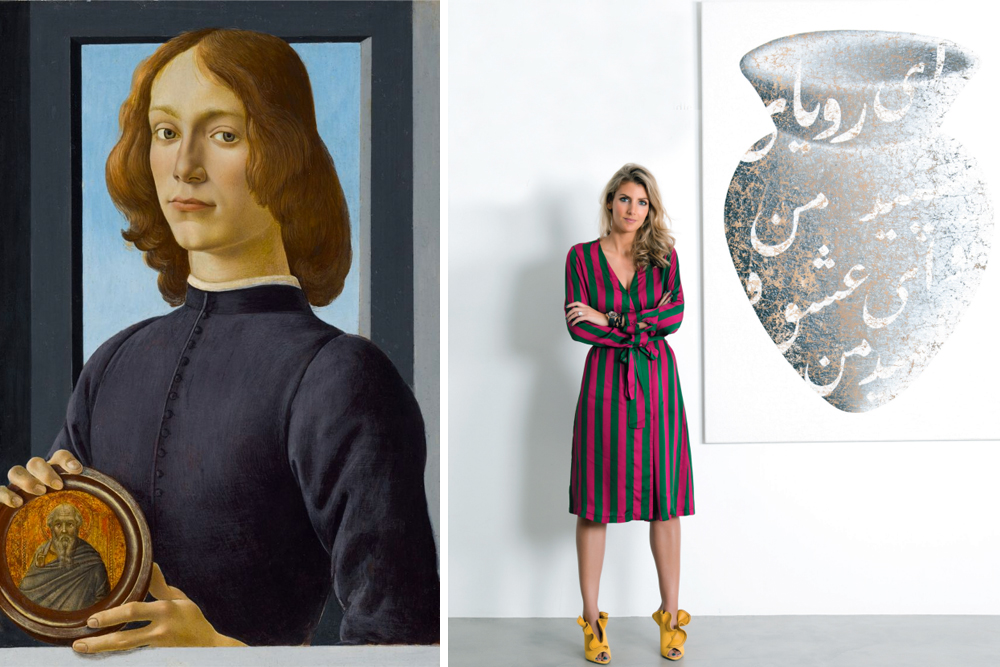 Botticelli’s “Young Man Holding a Roundel”  and the head of Sotheby’s in UAE, Katia Nounou Boueiz

The Middle Eastern art scene has been showcasing some of the world’s most infamous paintings and digitalized immersive experiences by the likes of Van Gogh, and once again, the UAE is bringing two of the world’s highest valued paintings.

Coming to Dubai are Italian painter, Sandro Botticelli’s “Young Man Holding A Roundel,” and “Abraham and the Angels,” by Dutch artist, Rembrandt van Rijn before they go to auction at Sotheby’s in New York in January 2021. At present, both paintings combined are estimated at a value of over $100 million.

Head of Sotheby‘s UAE, Katia Nounou Boueiz, said in a statement about the forthcoming exhibition, “It is a real thrill to be able to bring to the UAE works by two titans of art history. Exhibiting the highest-estimated Old Master in Sotheby’s history in the heart of Dubai not only reinforces our long-standing commitment to bringing the best of our worldwide offering to the region, but also the standing of the UAE in the global art scene. Both the Botticelli and Rembrandt are exceptionally beautiful to behold and are immediately elevated by being seen in the flesh, so I look forward to welcoming as many art lovers as we can to the DIFC.” 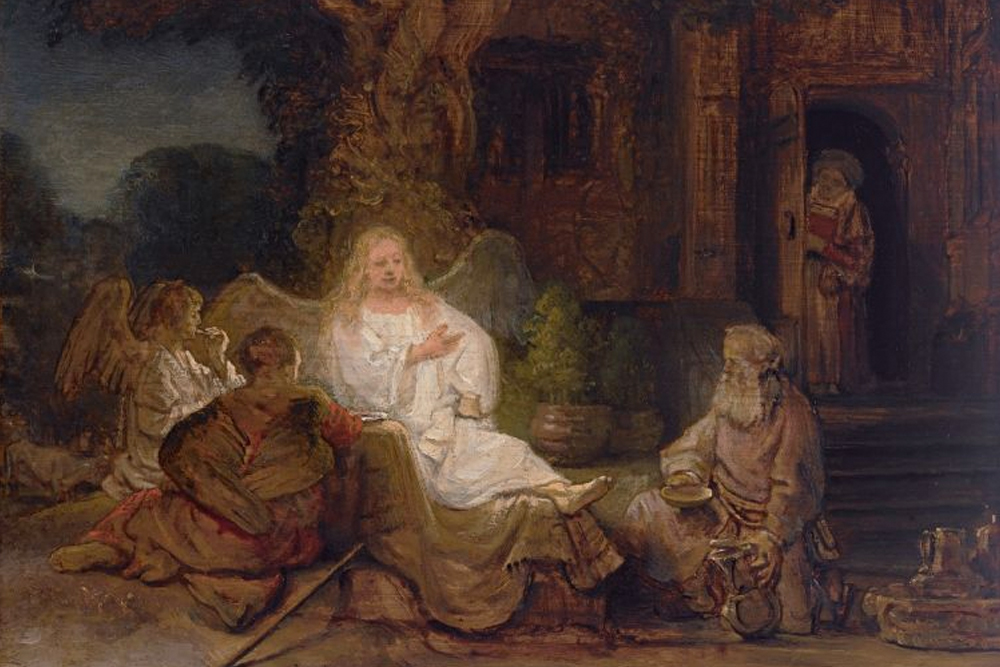 Rembrandt’s “Abraham and the Angels”

The exhibition of the paintings will take place at Sotheby’s Dubai, DIFC on December 16 from 10am-6pm. Botticelli’s Renaissance portrait, “Young Man Holding A Roundel” is one of his most famed creations, amongst his other pieces that depict life in the later stages of the 15th century. Sotheby’s will showcase Botticelli’s portrait, which is valued to be in excess of $80 million, making it one of the most important and expensive and rare portraits to ever appear at auction.

Dutch artist, Rembrandt produced a total of 136 pieces throughout his career, but one of his most notable creations, “Abraham and the Angels,” is one of only five remaining pieces of work that are privately owned – many of them featuring in exhibitions all over the world. Measuring at just 16cm x 21cm, the last time Rembrandt’s masterpiece appeared at auction was in London in 1848 where it sold for £64 (approximately AED312). Now, Rembrandt’s piece is returning to auction in January, with an estimated value of $20-30 million.