Designed by none other than the great Zaha Hadid! 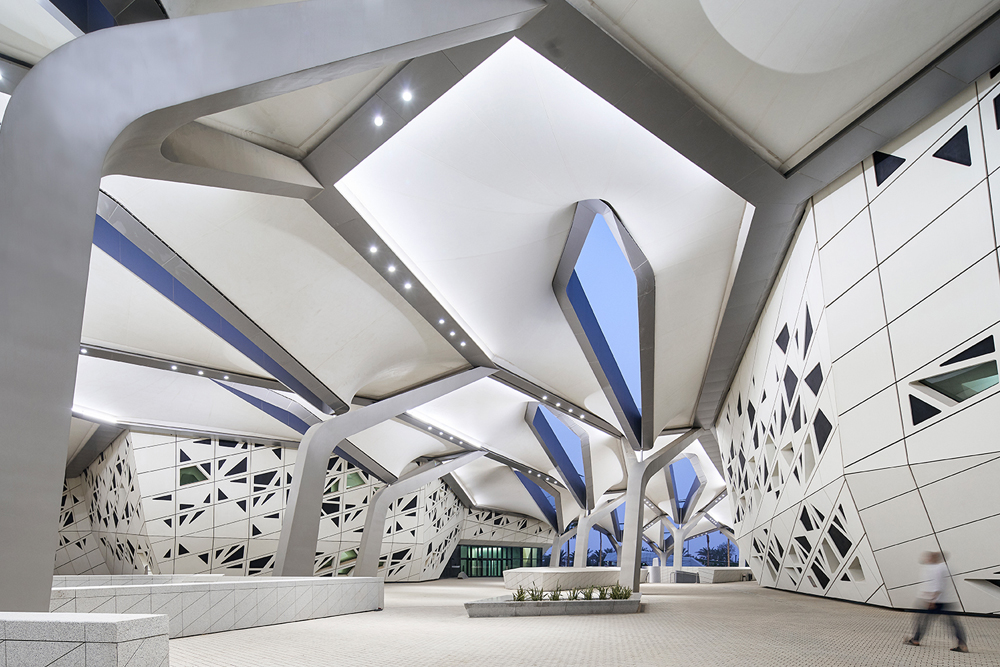 The structure features an hexagonal honeycomb structure which stands out with hexagonal cell openings providing shade from the harsh sun. "ZHA projects have always been unique and creative in an unprecedented, nontraditional way. There’s no other structure like it in the entire world,” Saudi architect Mokhtar Al Shoaibi told Arab News. Zaha Hadid's unconventional play with concrete reminds him of outer space. For Al Shoaibi, the late Iraqi architect's style brings back memories of the locally famous anime character, Grendizer.

Resembling an intricate iron skeleton web, the Saudi architected is in awe of the amazing KAPSARC campus. “We congratulate the Kingdom on this award. Riyadh is a beautiful city with many structures to be celebrated, including King Abdullah Financial City and ZHA’s train station," he added.

Great to be collaborating with @KAPSARC and @KFUPM in organising a webinar to discuss shale and its prospects in the energy transition. Join us on Dec 9 and Dec 10. https://t.co/AnlTvnph8N

The Riyadh gem is no stranger to awards! According to Arab News, KAPSARC earned itself the title of “smartest building” in the Kingdom from the Honeywell Smart Building Awards program. The material used to build KAPSARC is made if 30 percent recycled materials and the campus incorporates solutions to solve energy challenges and environmental problems.