The murals and staircases really brighten up Beirutis’ days…. 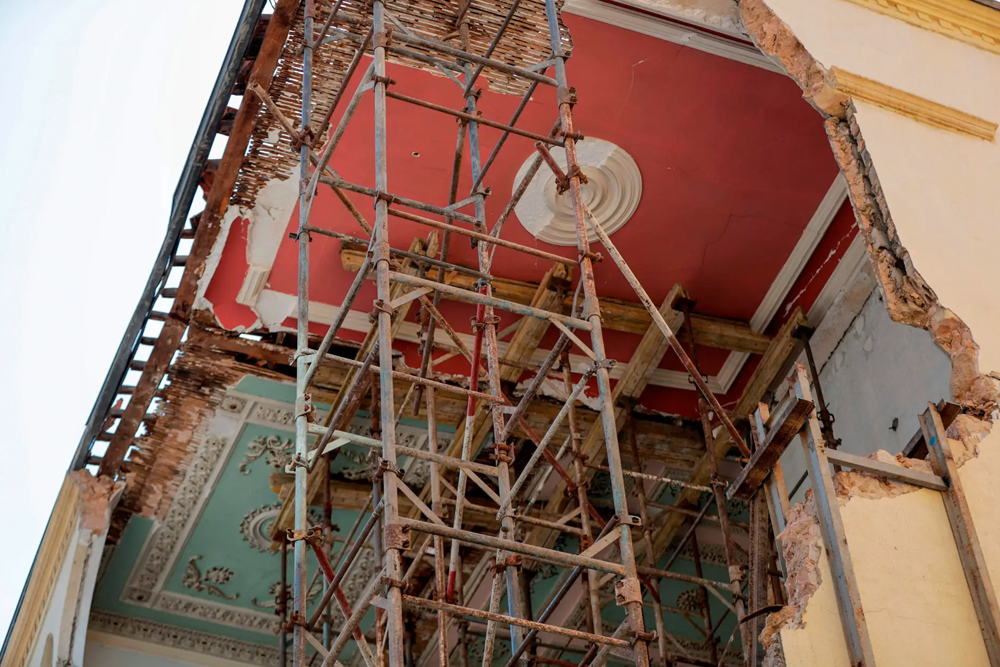 Beirut is slowly coming back to life months after a warehouse of ammonium nitrate exploded, killing around 200 people, injuring thousands and leaving 30,000 displaced. And it’s mostly thanks to local non-governmental organisations that the resilient Lebanese capital, known for always rising up again, is starting to get its magic back. Numerous Lebanese organisations have been relentlessly sheltering, feeding and cleaning up the rubble left by the 70,000 destroyed houses. They have also been repairing the 40,000 damaged buildings, as well as lending moral and emotional support. And one of the local non-profit organisations that’s seen its members rolling up sleeves to help rebuild is Paint Up. Their team of passionate artists and designers is ensuring Beirut is getting an amazing multi-coloured transformation with its bright and cheery works of art as they repaint the city.

“Beirut is in definite need of a face-lift, and a spirit-lift. It is in need of a lot of things that maybe we may not have control over in terms of politics or society,” the art collective that goes by the name Dihzahyners told “Grazia Middle East.” “But we can at least try the best way we know to take a stand for what we love and the city we love, and try to make a difference to bring about this change of behaviour, perspective and general feeling towards where we live and work.”

About Dihzahyners
Thanks to the work by the Dihzahyners, a name inspired from the word designers, dull streets, staircases and passages have been revamped and turned into vivid attractions. Co-founders Lana Chukri and Jubran Elias launched the initiative in 2012 after graduating from university. Their goal was to create a better and brighter Beirut via various urban and street art projects, so they invited the city’s creative community to get cracking. And the only way seems to be up for the organisation that started with only 12 members. While growing and evolving as they spread colour one country at a time, they have teamed up with numerous schools, charities and artists.

“We aimed at making a real difference in the landscape of Lebanon, and really changing communities that people live in,” the Dihzahyners told “Lebanon Traveler.” “We thought that we would start with stairs and have it grow into a real movement to reshape the way Beirut looks.”

The NGO is known for painting and refurbishing the stairs that connect the two neighbourhoods of Mar Mikhael and Jeitawi. Whether they’re piano inspired, have triangular or pixel motifs, or are decked with different patterns or stripes, the stairs have added Insta-worthy pops of colour that have given residents joy and shown them someone cares about their surroundings.

“We do feel we are making a change to the community. Neighbours in the areas we have painted have thanked us, joined us, and rejoiced in the colour we spread in their streets,” the Dihzahyners also told “Lebanon Traveler.” “Beirut’s old stairs are everywhere, they connect neighbourhoods together and at the same time it connects people houses together which means it connect people hearts together.”