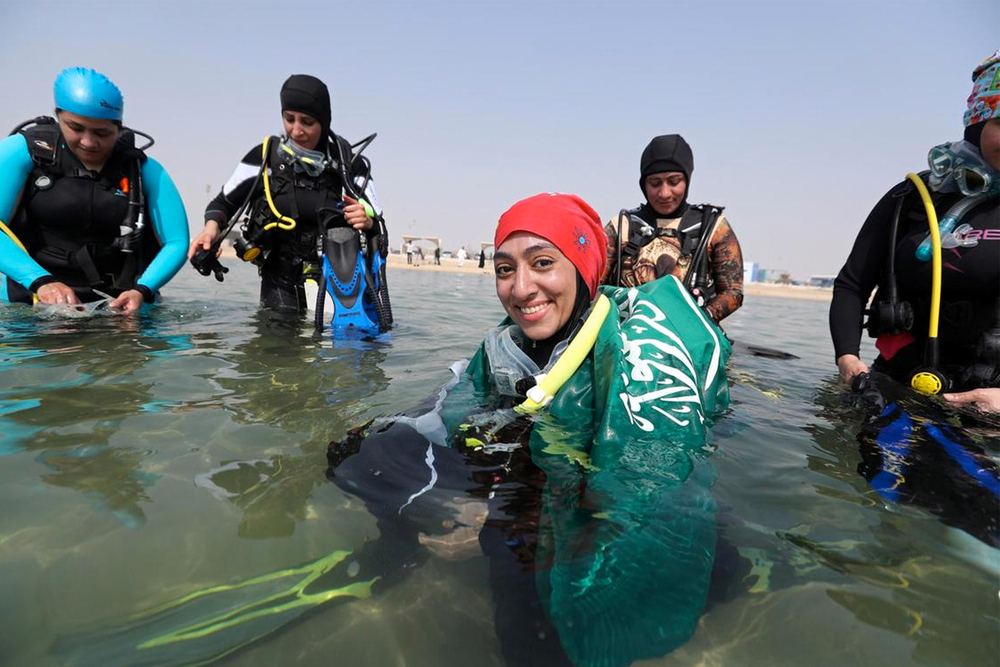 Saudi Arabia’s Ministry of Human Resources and Social Development (MHRSD) has just signed a memorandum of understanding (MoU) this week with the Saudi Water Sports & Diving Federation (SWSDF) that will bring in more women into the sector. The agreement is seen as part of the country’s larger efforts to empower its women, and has been specifically designed to involve them at every level of the country’s diving and water sports sector. Indeed, it marks another key, nationwide effort by the Kingdom to provide women with job opportunities, empower self-employment, and offer necessary training and support.

Under this agreement, all participating parties will be part of a joint working group that is in charge of defining aspects of professions in water sports and the diving sector. This arrangement will allow for better coordination between parties and will also help in defining training requirements. In addition, the MHRSD plans to also establish new facilities under this agreement that will be able to electronically process documents for various water activities.

This MoU is seen as part of the Kingdom’s Saudization efforts, officially known as Saudi nationalization scheme (or Nitaqat in Arabic‎), a key policy being implemented by the Ministry of Labor and Social Development that requires Saudi companies and enterprises to fill up their workforce with Saudi nationals up to certain levels. In addition, the MoU will contribute to Saudi Arabia’s larger efforts guided by its Vision 2030 and specifically its National Transformation Program objectives to strengthen the culture of women’s participation in the labor market and nurture working environments suitable for women.

Over the past few years, Saudi Arabia had been pushing to get more women involved in sports in general and specifically within leadership roles. For instance, sporting halls have been built over the past couple of years to help train female athletes, and sporting diplomas for women are now offered as part of the university curricula. With regards to leadership, Princess Reema Bint Bandar became the first woman to head the Saudi Federation for Community Sports (SFCS) in 2017 and then the Saudi Special Olympics Federation in 2019, and just this month Razan Baker was appointed to the Saudi Bowling Federation board.