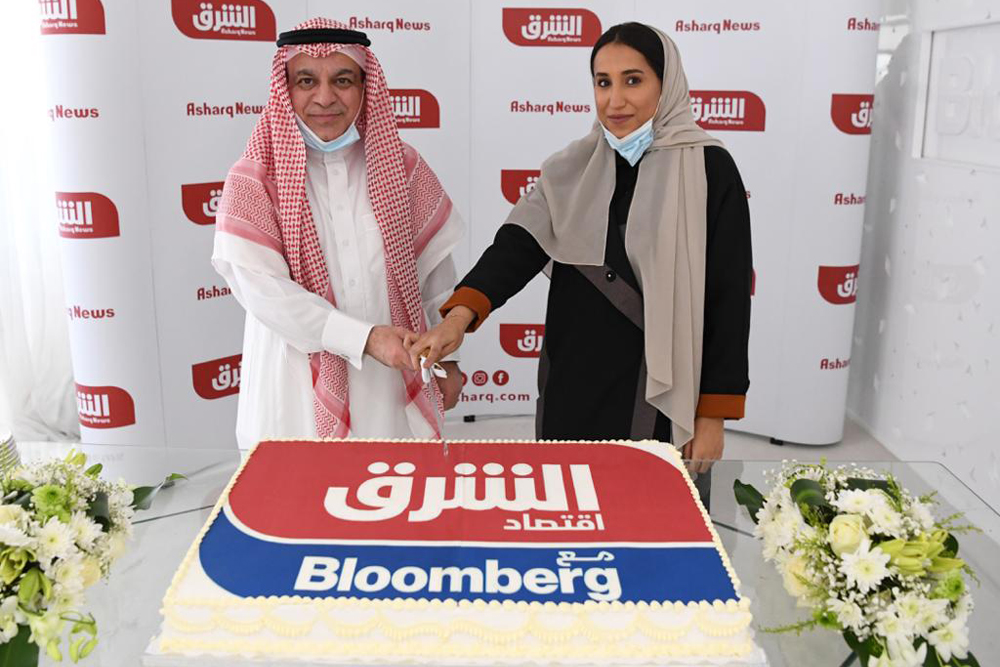 Saudi Research and Marketing Group (SRMG)announced the launch of Asharq News, a multiplatform Arabic-language news service that will provide 24/7 coverage across the Arab world and beyond with a focus on regional and global economic affairs. From 11 November 2020, audiences in the region will be able to experience global economic coverage on the Asharq News TV channel and digital platforms with an analysis of developments as they unfold.

An exclusive content agreement between SRMG and Bloomberg Media will power a key component of the channel, Asharq Business with Bloomberg, that draws on Bloomberg’s comprehensive coverage from more than 2,700 journalists and analysts globally, enabling Asharq Business to curate translated stories from Bloomberg for its platforms. Over time, the services will expand to include an Arabic edition of Bloomberg Businessweek magazine, a series of live events and a radio station. 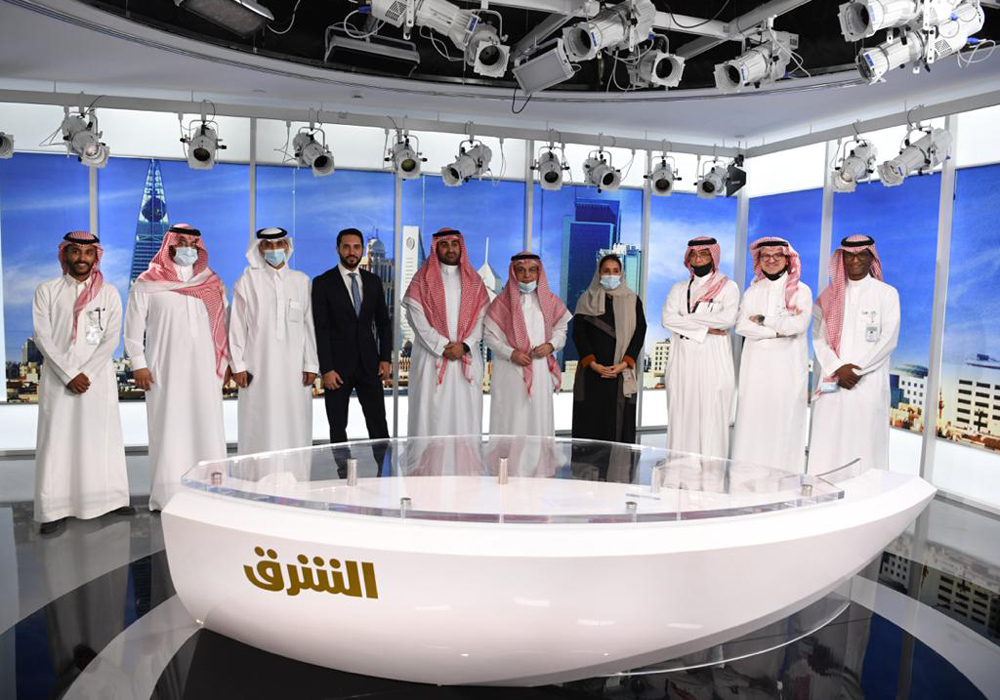 Speaking on the launch, Jumana Al-Rashed, CEO of SRMG, said: “Today’s launch of Asharq News marks a new and exciting phase for the Arab media landscape. We are witnessing an unprecedented pace of change worldwide and keeping up to date with this change means recognising the power of information and forging partnerships to harness that power.”

Justin B. Smith, CEO of Bloomberg Media Group, said: “The Middle East is home to many dynamic economies and business communities. Collaborating on Asharq Business with Bloomberg will allow us to deliver the best of Bloomberg’s insights and analysis to a new audience of business decision-makers across the Arab world.”

Al-Rashed added: “SRMG and Bloomberg bring together the best of both worlds: the in-depth market knowledge of SRMG and Bloomberg’s rigorous, data-driven reporting. We are confident that through this collaboration, Asharq News will set new standards for business news delivery to Arabic-speaking viewers.”

Highlighting the youth focus of Asharq News, she said: “We believe it is essential for young people to find trustworthy and insightful content to enable them to pursue their aspirations and contribute to shaping the future of the Arab world. To cater to the young generation, we aim to rely heavily on our digital platforms and social media, and we are confident that our content will respond to this challenge.”

Al-Rashed praised the efforts of Dr Nabeel Al-Khatib, General Manager of Asharq News, who has leveraged his long-standing experience to assemble a world-class team comprising the right blend of veteran journalists and young media professionals from over 40 nationalities. 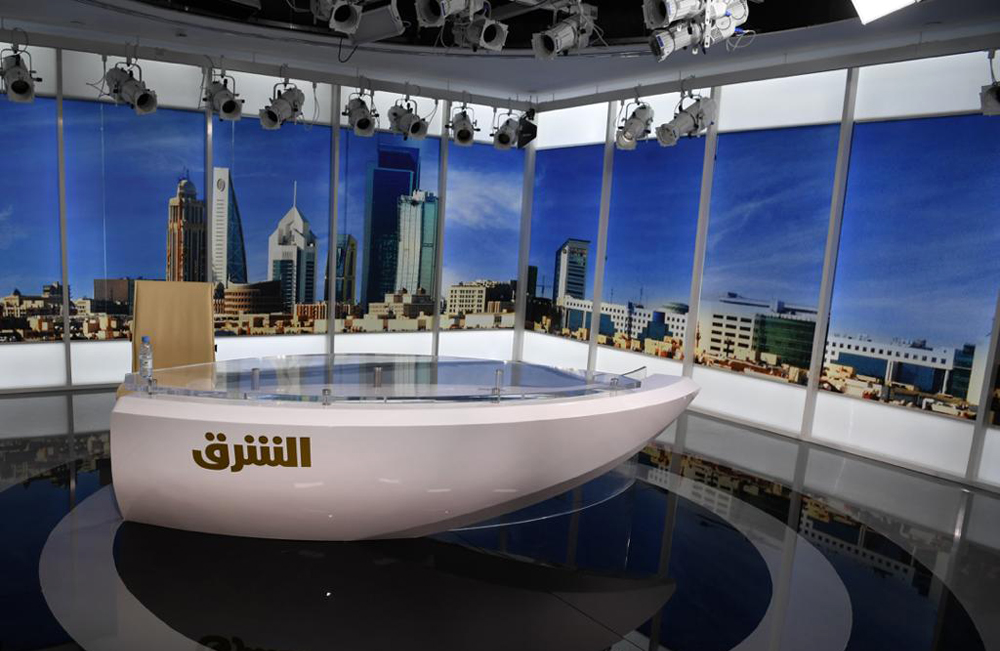 For his part, Dr Al-Khatib said: “We are officially launching with a clear editorial line and a schedule of programmes that focus on delivering comprehensive news viewed through an economic prism, explaining the impact of developments in any part of the world on the social and political conditions in our countries and the lives of each of us. Our multiplatform offering will provide relevant and diverse content for all ages and interests with an editorial policy based on our slogan ‘Connecting the dots’, which summarises our vision of the news and the way it is presented.”

Speaking on the occasion, Arif Amiri, CEO of DIFC Authority, said: “DIFC would like to welcome Asharq News to the Centre. Being part of DIFC will provide Asharq News with access to the largest financial ecosystem in the region, allowing it to report news reflecting the important global economic, financial and corporate information being generated by our clients.”

Asharq News will offer its artificial intelligence-powered digital services via two websites – the first is dedicated to business news in collaboration with Bloomberg Media, while the second features general news and in-depth analysis. The AI integration allows readers to access content that matches their interests. Both portals are also linked to content-rich social media accounts.

Asharq News’ cutting-edge tech infrastructure is unprecedented in the Middle East, and includes advanced studio equipment and broadcast technology, the latest graphics systems, and augmented and virtual reality (AR/VR) systems for impeccable visual coverage. The Asharq News studios are equipped with a tracking system to enable seamless streaming of the highly visual content. State-of-the-art 1.2 mm LED studio screens with a 4K and 8K resolution offer the highest levels of precision and attention to detail. For the first time in the region, Asharq News has implemented full IP technology compliant with ST 2110 standards.

Asharq News is headquartered in Riyadh with central offices at the Dubai International Financial Centre (DIFC) in the UAE and Washington in the US, and key hubs and studios in Cairo and Abu Dhabi. It also has regional offices and correspondents across key Arab countries and in major global cities, in addition to access to Bloomberg’s worldwide network.