The week-long festival involves a mini-series with a star-studded lineup of “international talents and friends of the house.” 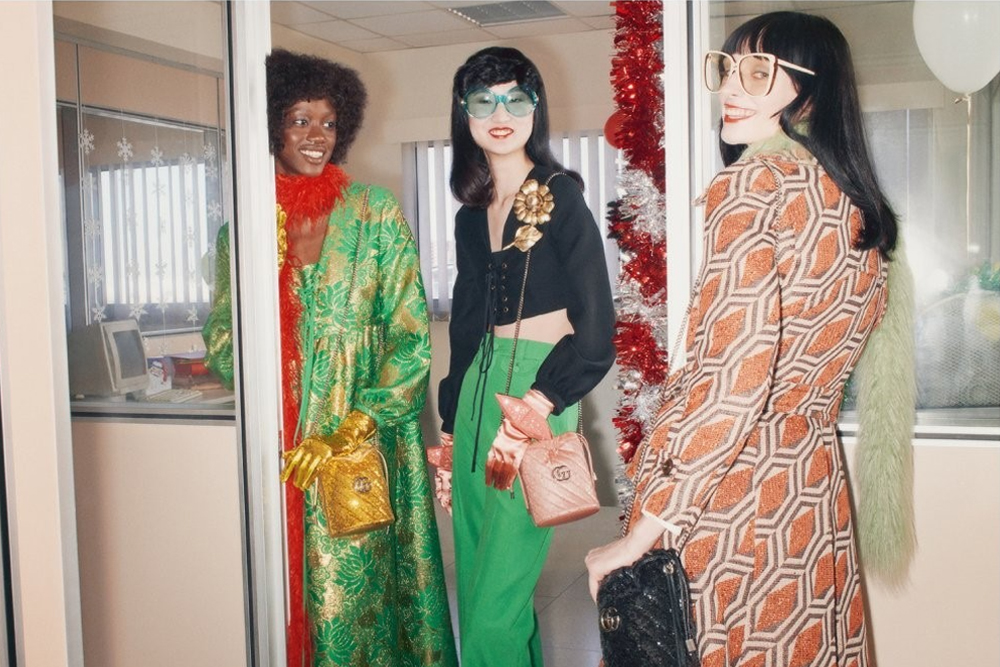 In May, in an open letter called “Notes from the Silence,” Alessandro Michele announced he would be doing things differently, and proof he is sticking to this goal is GucciFest. The digital festival of fashion and cinema presents a mini-series, a first in the industry, featuring the forthcoming collection from the Italian luxury house’s Creative Director. Running from November 16-22, on YouTube, Weibo and the dedicated website, guccifest.com, the original online festival will also back emerging talents by giving them the right coverage.

The mini-series featuring the collection is titled “Ouverture of Something That Never Ended.” Shot in Rome, it is co-directed by Michele and American film director Gus Van Sant, who put his stamp on movies like “Good Will Hunting” and “My Own Private Idaho.” And each day one of the seven episodes following actress, artist and performer Silvia Calderoni as she goes about her “surreal daily routine” in the Eternal City will be released. A host of A-list brand ambassadors, like Harry Styles, Billie Eilish and Florence Welch, will also be making appearances in the unique production that fuses rules and categories and is replete with novel aspects.

GucciFest will also screen short fashion films from 15 emerging, independent designers, who were cherry-picked by Italian Michele for their clear-cut perspectives. Some of the creatives to come under the spotlight include Ahluwalia, Shanel Campbell, Gui Rosa, Stefan Cooke and Boramy Viguier. 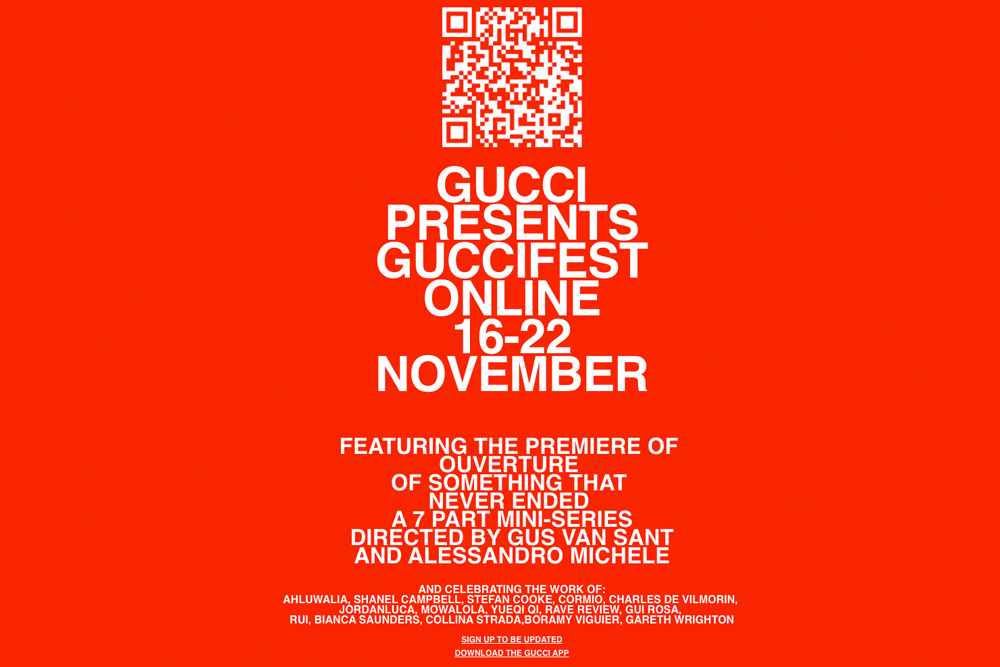 This isn’t the first digital presentation from the Maison that was notably absent from Milan Fashion Week in September. Michele, who said he would be presenting two seasonless and genderless shows a year, revealed the “Epilogue” collection in July. The final chapter of his “trilogy of love” was a 12-hour-long live stream, which featured a behind-the-scenes summary of the collection.