A Look At Al-Okhdood Archaeological Site In Saudi Arabia 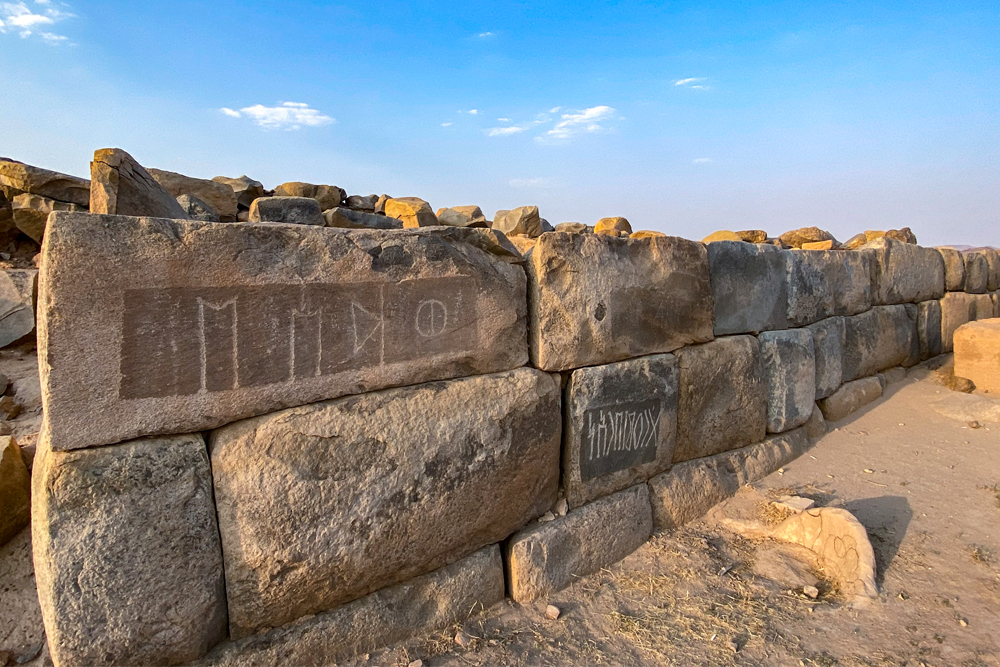 If you’re looking for a bit of exploration and a lot of rich and diverse history, then Saudi Arabia is the perfect destination, filled with historical sites from its very north to its very south. One such place definitely worth visiting is Al-Okhdood, an archaeological site located just a short drive from a nearby town in Najran, southwestern Saudi Arabia.

Once you enter Al-Okhdood, you quickly realize why it has become an important historical and tourism hotspot. A short stroll into the fields and you will come across a scattering of ancient blocks and structures that once used to be houses, and a closer look might reveal something even more fascinating: carved inscriptions, many that include drawings such as human hands and horses, and alphabets from an ancient language, from earlier times.

A testament to the significance of this inspiring creature, in the north of #Najran, #SaudiArabia, the largest ever camel inscription ever discovered awaits the desert’s passersby

Indeed, surrounded by mystery at first glance, Al-Okhdood, and more so Najran as a whole, actually has a rich history dating back some 2,000 years. The area of Najran itself was once known for its striving Jewish communities, claiming to be descendants of the ten lost tribes of the Israelite Empire. Al-Okhdood, now abandoned, is believed to have been one of their towns. Centuries ago, it also served as a vital passing point for the “incense trade route”, where traders made their way from Yemen to the Levant, and it also witnessed a handful of conquests throughout the ages, from other civilizations and within.

But, if the history of Al-Okhdood is already well-known by locals, what new discoveries have archaeologists unearthed? Under the guidance of the Saudi Commission for Tourism and National Heritage, archaeologists continue to discover new findings, such as a few remnants such as potteries, silver, bronze, and glass, all of which now serve as small but tantalizing clues to the lifestyle of the people who were once occupants of Al-Okhdood. More recent structures such as a mosque built during the first century A.H. and a handful of houses and fences have been discovered as well, and surely more of the region’s history will be uncovered with time.

A pottery jar containing more than 1000 antic coins, metal seals and stones with inscriptions by Ancient South Arabian script (Musnad) dating back to the first century AD was found at Al-Okhdood in Najran pic.twitter.com/VCjTezcXzw

Najran also has a fascinating museum, which proudly features some of these ancient items including a bronze lion head, and for those who prefer the outdoors, the archaeological site itself now provides sitting areas and cafes to visitors.