This Polar Bear Mother & Cubs Is The Most Adorable Sight

Pause your day to appreciate this bundle of cuteness! 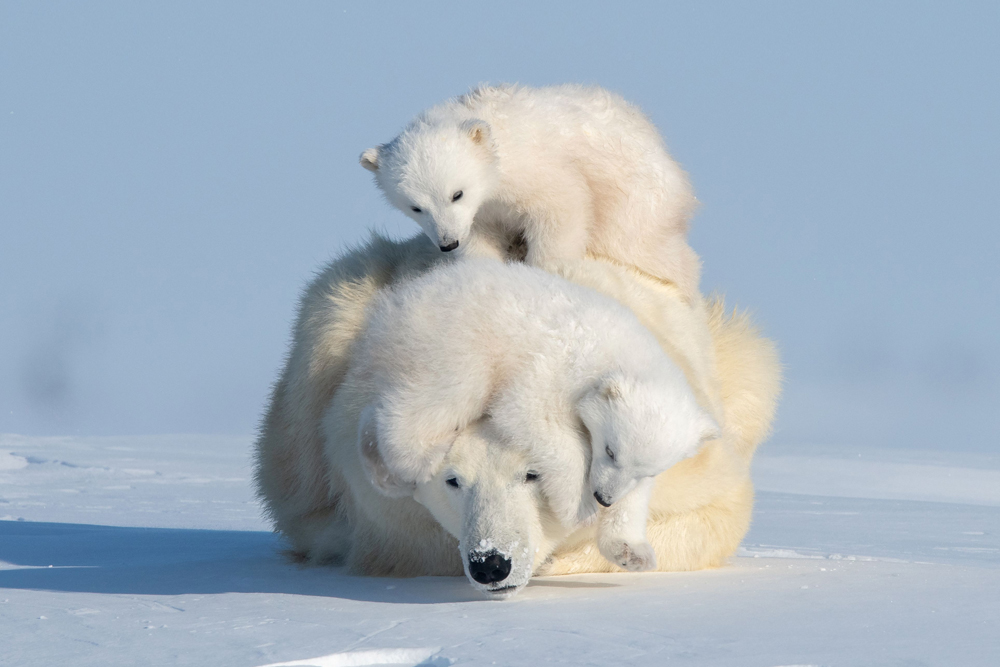 Stop everything you're doing and appreciate this polar bear cub leaning into his mother as a climbing frame as she walks across the snow.

You can spot the 3-month-old cub hugging to its mother's neck as it attempted to wrestle her to the floor. After the baby bear fell off onto the snow, the sibling played around under the legs. 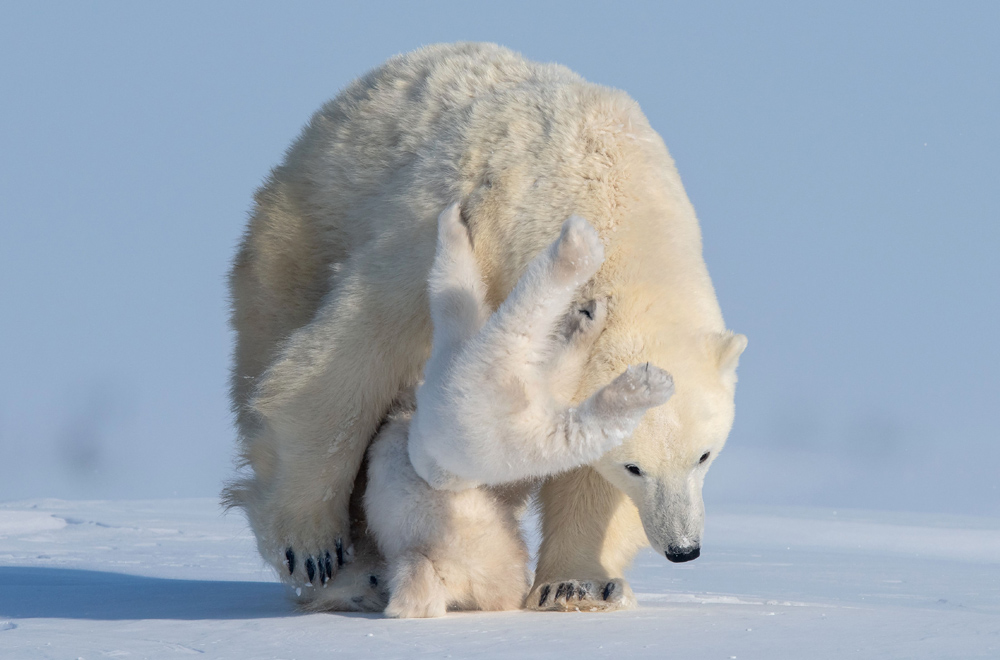 The family was making its way towards the Arctic Ocean to hunt for food and the photographer captured these priceless moments. Property manager and amateur photographer Hao Jiang, took the photographs in the minus 40 degree temperatures of Wapusk National Park, in Manitoba, Canada. 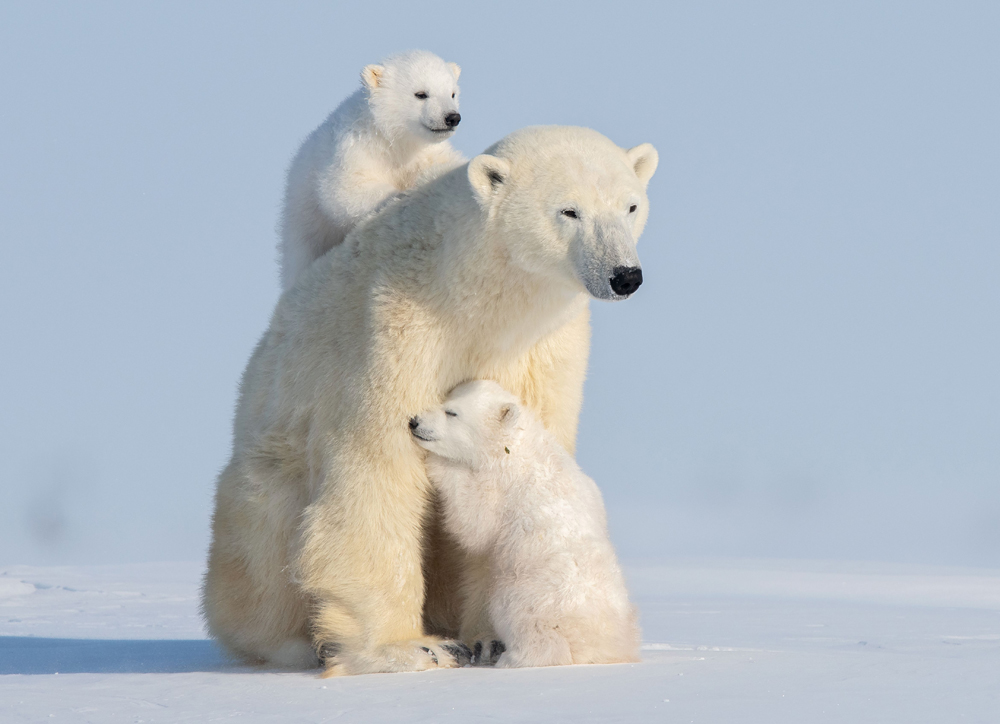 The 54-year-old from San Francisco, California said: "The cubs were about three months old and they had emerged from their den a few days ago. This was the first trek of the cubs' lives. When the bear family stopped, the cubs always had endless energy to play, wrestle, run and cuddle around their mother." 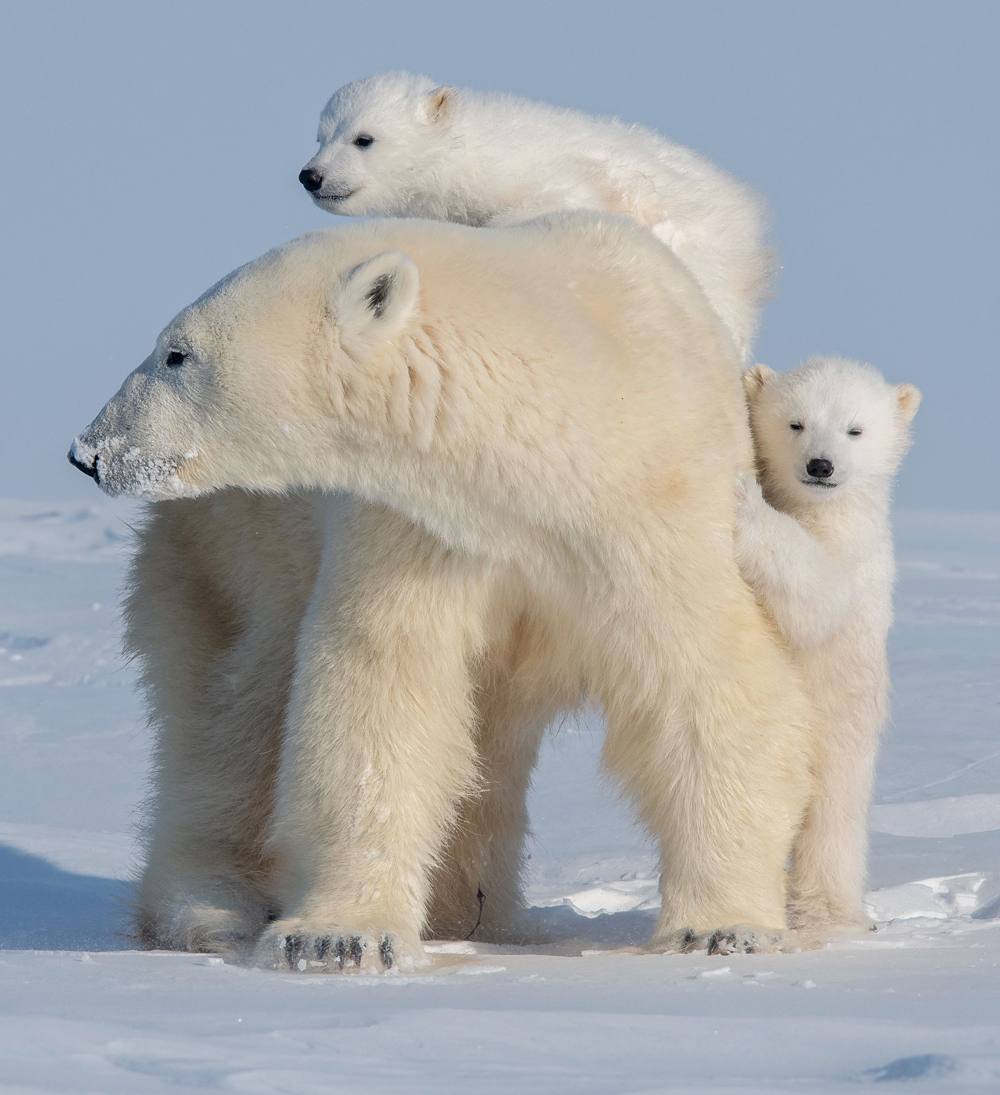 "Because polar bears are solitary animals for most of their lives, these scenes of the mother bear and her cub's warm and intimate interaction are especially unique and precious."