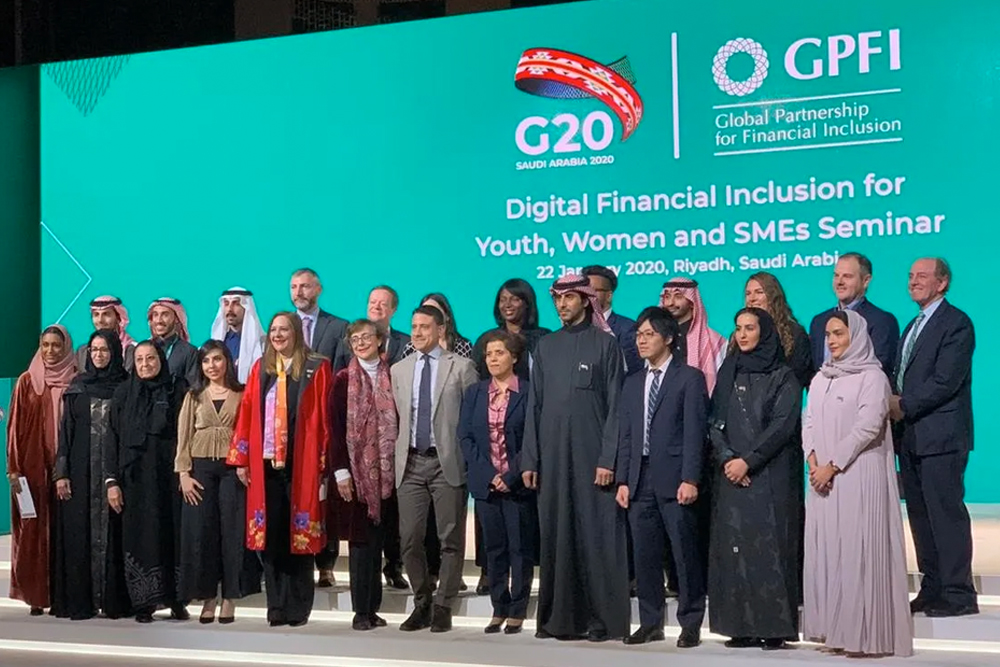 During a virtual conference this week organized by the Saudi Arabian Embassy in France, Executive Director of the G20 Saudi Secretariat, Reem Alfrayan, revealed that women make up 41 percent of G20 Saudi Secretariat employees, strongly reflecting the direction Saudi Arabia has been taking with regards to integrating women into every level of governance and leadership. Indeed, a key part of Saudi Arabia’s Vision 2030 has been an unwavering focus on increasing the voice, power, agency, and meaningful participation of Saudi women in economic decision-making at all levels from the household to international institutions. It has also been working on increasing women’s participation in the workforce to 30% by the year 2030.

Speaking to the audience during a talk entitled “G20: French Saudi Women,” Alfrayan also explained that great advances have been made of late when it comes to female participation in sports, which has resulted in a third of Saudi athletes who participated in the last Olympic Games being women.

Also, part of the conference was a segment of female empowerment that was led by Princess Haifaa Al-Mogrin, who is Saudi Arabia’s permanent delegate to UNESCO. HRH pointed that, in the Kingdom today, almost 60% of students enrolled in computer science degrees are female.

The #Communique has been handed in! The W20 Communique offers @g20org the opportunity to pave the way for equitable economic recovery, where #women as #equal partners and key economic actors are part of the solution. Find the full document: https://t.co/C5tqNzijdk pic.twitter.com/AMh5kcow0C

Other speakers pointed out other impressive figures with regards to female participation and empowerment in the country, from being 90 percent of beneficiaries when it comes to family loans in Saudi Arabia, to being 35 percent of entrepreneurs in the Kingdom.

Saudi Arabia has been placing such importance on female participation for many years, and studies show that this focus is important for the growth of any country, not just as a moral imperative but also has a measurable impact on the bottom line. For instance, PwC partner Norma Taki explained in 2019 that the MENA region is collectively losing an estimated $575 billion a year due to the legal and social barriers that exist for women’s in joining the workforce.

The #G20SaudiArabia Presidency promotes financial inclusion for women to shape a better future for all. pic.twitter.com/4kR4AAjCiS

Indeed, at World Economic Forum 2019, a panel explained that the market power of women’s increased participation in the workforce could add an estimated $2.7 trillion to the economy on MENA by 2025. In addition, according to UN Women, women’s economic empowerment boosts productivity, increases economic diversification and income equality in addition to other positive development outcomes.