A good day to celebrate some of the Kingdom's longstanding achievements in the United Nations. 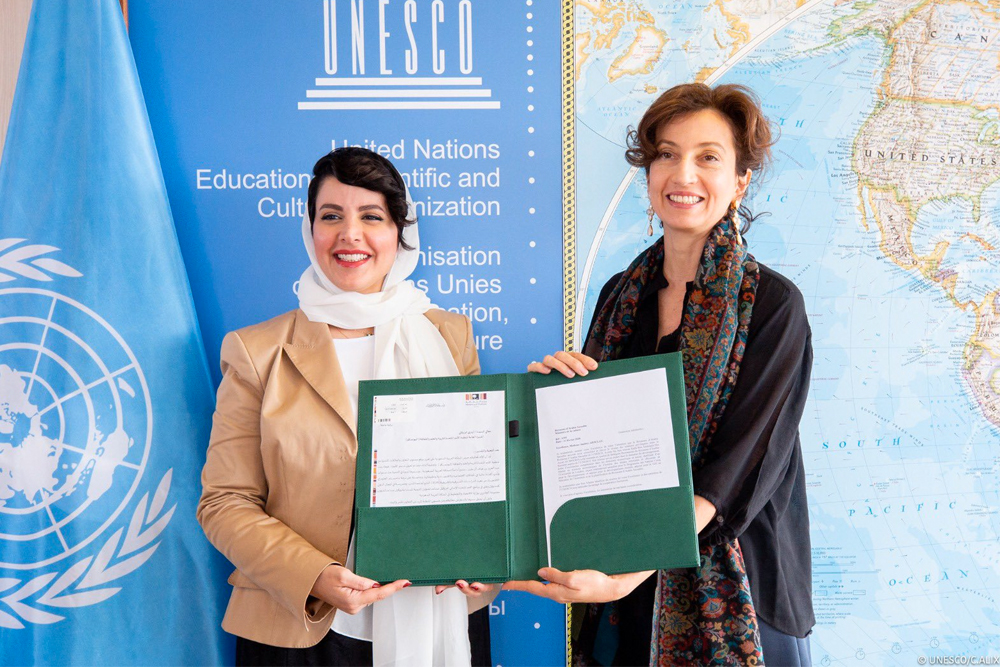 Every nation across the globe is celebrating United Nations Day and as this year marks 75 years of the organization working for peace, let’s take a quick look at some of Saudi Arabia’s key UN milestones, from being elected to the executive board of the UN Commission of Women to its UNESCO World Heritage Sites.

1. Saudi Arabia Elected to Executive Board of UN Commission on Women

In 2019, Saudi Arabia won a seat on the Executive Board of the United Nations Entity for Gender Equality and the Empowerment of Women, also known as UN Women. The Kingdom was one of 12 new countries elected in a secret ballot during a meeting of the UN Economic and Social Council in New York, and its term will last until next year 2021.

Saudi Arabia is making it clear that equal pay for men and women is a priority.https://t.co/9r9ybVfok2

In 2018, Alwaleed Philanthropies joined UN Women’s public-private initiative, “Making Every Woman and Girl Count,” which contributes to strengthening the monitoring and implementation of data on gender equality around the world. This initiative aims to support a timelier and more efficient implementation of the United Nations’ Sustainable Development Goals (SDGs), a universal roadmap adopted by world leaders in 2015 to achieve sustainable development by 2030.

3. Saudi Arabia Commended by the United Nations for Its Interfaith Center

In 2019, Saudi Arabia’s King Abdullah bin Abdul Aziz International Center for Interreligious and Intercultural Dialogue (KAICIID) received high praise from the UN High-Representative for the Alliance of Civilizations, Miguel Angel Moratinos. He took the opportunity to thank the Saudi government for their support for UN Secretary-General Antonio Guterres’ plan for global conflict prevention and resolution, and also highlighted the various efforts being made by KAICIID to tackle extremism, promote coexistence, and encourage tolerance across the Arab world and beyond.

Saudi Arabia has been elected as a member of UNESCO's Intangible Cultural Heritage Committee for the first time during a meeting attended by 178 countries. KSA's delegation was headed by Princess Haifa Bint Abdul Aziz Al Muqrin, the Kingdom’s Permanent Representative to UNESCO. pic.twitter.com/Kw41YhA47k

A quick glance at the UNESCO World Heritage Sites list and you are sure to come across Hegra in Al Ula, Saudi Arabia’s first UNESCO World Heritage Site, best known for its more than 100 monumental tombs carved from rock formations in which the Nabataean elite were laid to rest. You will also see Rijal Alma, a stunning village that sits at the foot of Assouda Mountain on what has been reported to be an ancient trade route connecting Yemen and Saudi Arabia. In addition to having UNESCO World Heritage Sites, the Kingdom was praised this April by UNESCO director Audrey Azouley praised for its efforts in culture, education, and tourism, the establishment of a Ministry of Culture in 2018, and its nomination in UNESCO’s Executive Council with a seat on the World Heritage Committee.

The past few years have truly been lifechanging for Saudi women –and it’s only the beginning of their empowering journey.https://t.co/SBJj7asM0F

Under the guidance of Saudi National Vision 2030, women’s rights and issues have become the heart of Saudi Arabia’s development projects, and the Kingdom’s various reforms and achievements were highlighted during the 75th session of the UN’s General Assembly by Mohammed Khashaan, second secretary of the Saudi mission to the UN. Khashaan walked his audience through the waves of changes for women in Saudi Arabia, such as: law changes promoting gender equality; the inclusion of women in high-ranking, leadership, and governmental positions; the growth of women in the legal sector; the establishment of the Saudi Human Rights Commission; the launching of the Children Hospitality Service Subsidy Program for Working Mothers (Qurrah); the Female Transportation Program (Wusool); and Qiyadiyat, a platform that aims to provide training to female leaders and other activities.