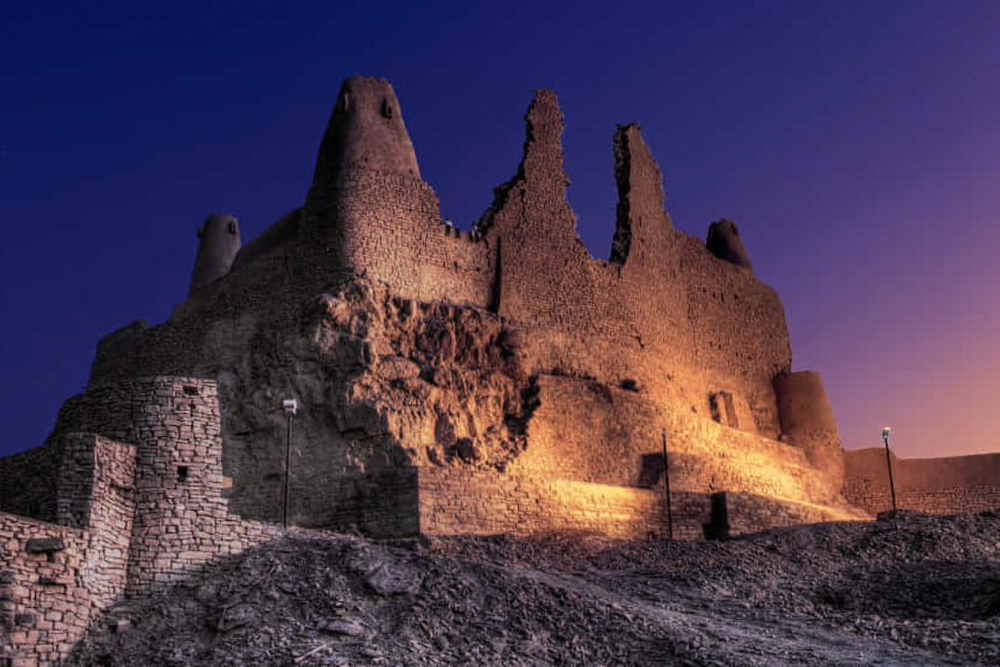 In the north of Saudi Arabia is Al Jawf, a region bordering Jordan and filled with centuries of history. In fact, Al Jawf is deemed to be one of the oldest habitation places in Arab Peninsula, with habitation places traced back to the Stone Age and Acheulean period (which lasted from 1.5 million to 200,000 years ago). Due to this long history, Al Jawf is home to many of the Kingdom’s key historic landmarks, one of them being the iconic Marid Castle, a military fortress located in the city of Dumat Al-Jandal.

Marid Castle is said to date back to the first century AD and the oldest recorded mention of it dates back to the third century AD. Originally rectangular, the two-floor stone and mud castle is now oval in shape and can be accessed from two main entrances, one in the south and the other in the north next to the tower. Located on a hill standing over 600 meters above sea level, the castle overlooks Dumat Al-Jandal, allowing guards to see far and wide, spotting at once any approaching army. Indeed, its elevation has been key in its function as a fortress, for instance, when Queen Septimia Zenobia, a third-century queen of the Palmyrene Empire in Syria, invaded Dumat al-Jandal and Tayma in the region but could not breach the fortress.

Walking around its grounds gives one a sense of the historical wonder that this fortress was, and surrounding it are great vistas of greenery below. The castle also has a twisting 1,000-step stairway at its southern side. To reach the top of this stairway, visitors need a good 30 minutes or so. Apart from the castle itself, there have been discoveries of ancient Nabataean and Roman ceramics on and around its grounds, dating back to the first and second centuries AD.