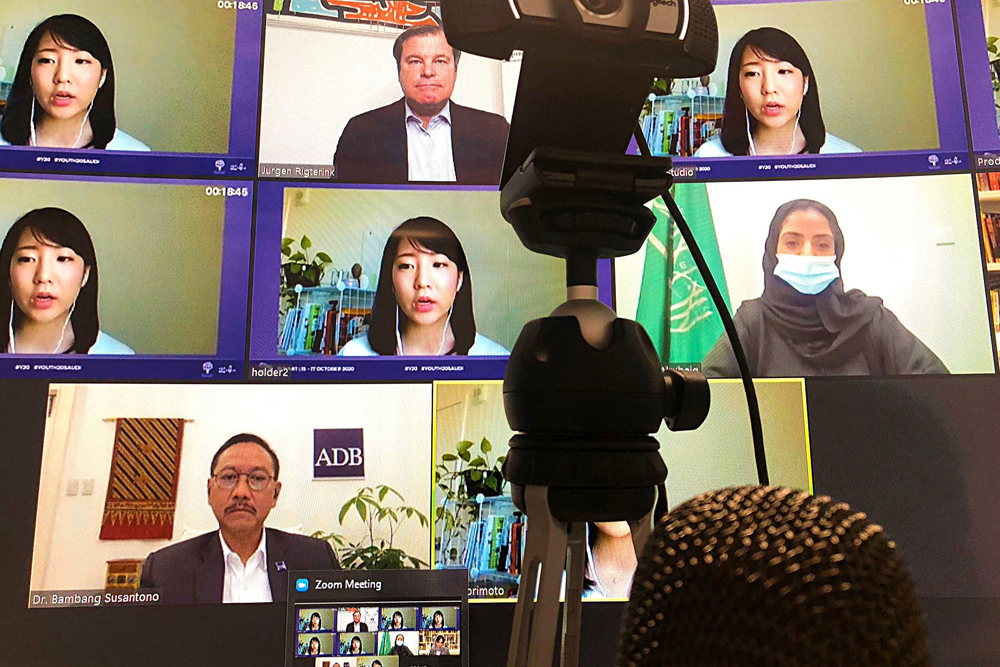 One of eight official engagement groups under the G20 umbrella is the Y20 Summit, a youth-led event and platform for young people in G20 countries and beyond. For the 2020 edition of Y20, delegates from across the globe convened for the first-ever virtual Y20 Summit under Saudi Arabia’s G20 Presidency.

The @Youth20Saudi has just wrapped up ten months of efforts culminating in the successful completion of the #Y20SummitKSA, focusing on harnessing global #youth's limitless potential. pic.twitter.com/h0BPy2YKgt

The event spanned three days and was hosted virtually, concluding with the drafting of the Y20 Communiqué, a call on the globe’s largest biggest to sustain efforts to empower the youth. This year’s 9-page communiqué prepared by the Y20 delegates and handed to Saudi Minister of Education Hamad Bin Mohammed Al-Shaikh by Y20 Chair Othman Almoamar included (but was not limited to) the following key policy recommendations to G20 leaders:

Is the grass greener? Here are some of our speakers highlights from the #Youth Leading Sustainable Recovery panel! #YouthMatter #Y20SummitKSA pic.twitter.com/EJfMnAfs5l

This year marked the 10th anniversary of the establishment of the Y20 as the official G20 youth engagement group. Delegates and young leaders from across the G20 countries met online to discuss and debate the G20 Leaders’ agenda. Envisioned as a forum for developing cooperation with the future generation, the three-day event also gave space for them to develop their skills and networks, and identify the most pressing economic challenges and opportunities facing young people today.