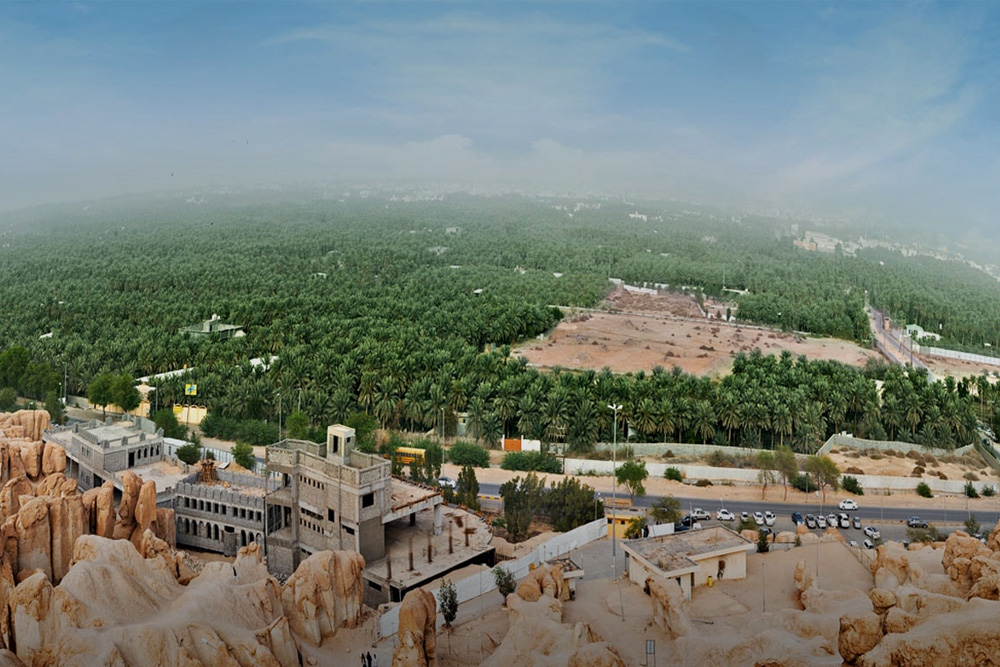 Saudis can celebrate yet another feat by the Kingdom, this time for Al-Ahsa Oasis being registered into the Guinness World Record as the largest self-contained oasis in the world! Located in a traditional oasis historical region in eastern Saudi Arabia, the record-breaking oasis is located about 60 kilometers inland from the coast of the Persian Gulf and was named a world heritage site by UNESCO two years ago.

According to the official site of Guinness, Al-Ahsa Oasis is home to more than 2.5 million palm trees in the oasis, which is fed from a huge underground aquifer, allowing year-long agriculture in a region that is otherwise sand desert. The oasis occupies around 85.4 square kilometers of land, and is irrigated by the flow of more than 280 artesian springs.

Al Ahsa Oasis in Saudi Arabia has entered the @GWR as the largest self contained oasis in the world. The oasis, which is home to 2.5 million palm trees, is also one of the Kingdom's five @UNESCO World Heritage sites. https://t.co/KOLbL6c5X8

Dating back to some 6,000 years according to UNESCO, Al-Ahsa’s archaeological sites represent traces of continued human settlement in the Gulf region from the Neolithic to the present, as can be seen from remaining historic fortresses, mosques, wells, canals and other water management systems.

Today, this ancient locale is home to a booming date industry and to half a million people. It has an evolving cultural landscape comprising gardens, canals, springs, wells and a drainage lake, as well as historical buildings, urban fabric, and archaeological sites. Indeed, its springs provide irrigation to the vegetation and residents of the oasis. In addition, the oasis boasts of time-honored tradition of handicrafts, such as its high skill in tailoring, especially in making bisht, a traditional men's cloak.

In fact, not only is Al-Ahsa now featured in the Guinness World Records and a UNESCO world heritage site, it was also included in 2015 in UNESCO’s Creative Cities Network for its tradition of handicrafts and folk arts, and was nominated in 2019 as the Capital of Arab Tourism by the Arab Ministerial Council on Tourism (AMCT).