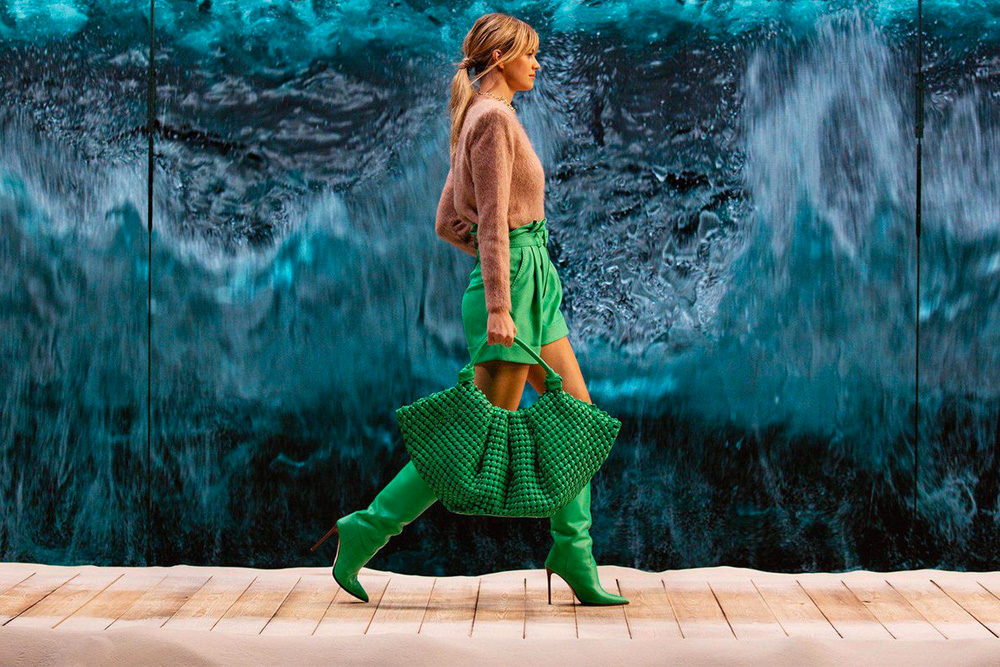 Social-distancing rules undoubtedly made watching the spring/summer 2021 ready-to-wear collections an interesting and very different experience. With many of the shows presented in a digital format, deciding what it is we'll be wearing next season became a totally new ball game. Here are three of our favourite digital shows from designers who embraced the new set-ups and the creative license that technology offers. 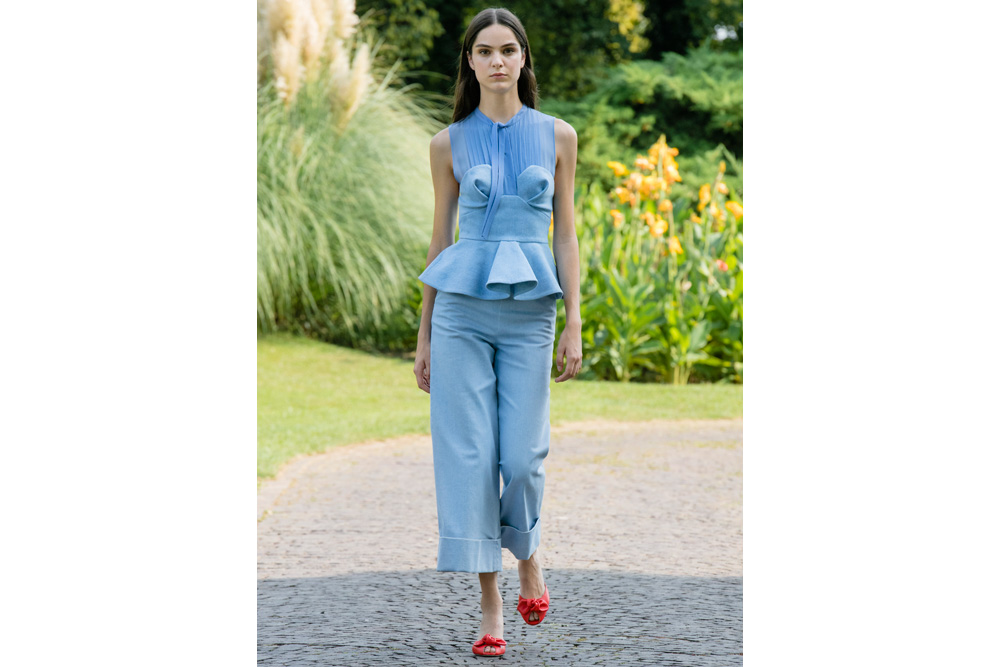 Creative Director Sara Cavazza Facchini’s collection is inspired by Italy and all its beauties. Through this GENNY range, she tells a story about the country’s art, music and history via shades, colours and graphics. Promoting a positive message based on style, modernity and a peace of mind, the 42 looks were modelled around one of the water-lily ponds in Parco Giardino Sigurta’s spectacular garden in Verona. Shown online on www.genny.com and www.cameramoda.it, they confirm a return to flowing feminine silhouettes and a confident anticipations of enjoyable times to come. Think: lavender-toned jackets paired with shorts in golden yellow, all to bring new life into one’s wardrobe. 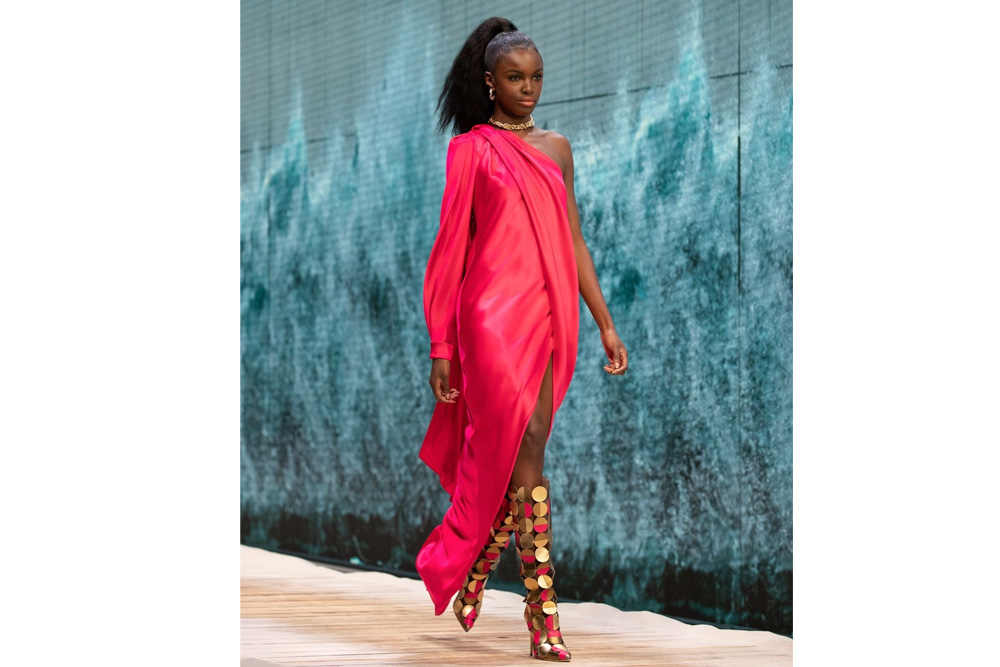 “La Futura,” born from a profound belief in human creativity and a commitment to creating an inspiring and captivating future, was livestreamed on the Ralph & Russo website. The digitally charged runway show was unveiled against a mesmerising backdrop of crashing waves that replicate the immensity of the natural and digital worlds and the romance of never-ending Latin American summers. 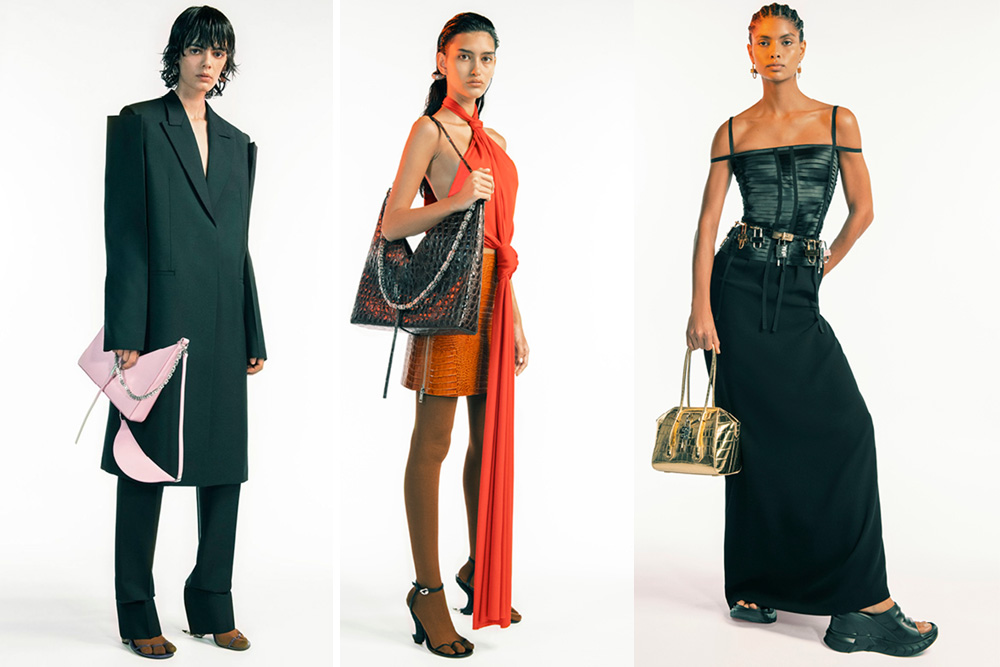 Matthew William’s Givenchy debut is about “finding the humanity in luxury.” While this is a new beginning for the house, it is intermingled with elements of the archive and is a utilisation of Givenchy’s distinct lineage, pointing to the past, present and future. Above all, there is a sense of celebration, of the people who have led Williams to where he is and those he wants to wear the clothes. The Creative Director revealed the collection via a photographic study, a collaboration with the artist Heji Shin.

Hardware takes centrestage, with “The Lover’s Lock,” a sincere yet playful symbol of Paris, punctuated throughout the initial collection as decoration and fastenings.  And from Hubert de Givenchy’s swathes of looped drapery, lighter than air transparencies and linear necklines to ‘Jour’ open backs and a reborn McQueen horn, the classical and radical contrasts of Givenchy are embraced and shown to have always been part of the house’s history in the collection.

Some of the elegant, playful and pragmatic pieces include the “Tryp-toe,” shoe, the “Marshmallow” slide, the “Antigona” bag and the unisex “Cut-out” bag in its many iterations, as well as the G chains, which are interspersed throughout.

Williams’ signature technical material experimentation is balanced by the traditional, natural and opulent. There’s the use of a cotton Ottoman for both genders in outerwear, technical taffeta in tailoring and structured Punto di Milano jersey to evoke more pure forms in dressmaking. Plus, there’s new technical coatings of denim in paint and resin, work that is as labour intensive as the collection’s more traditional embroideries.