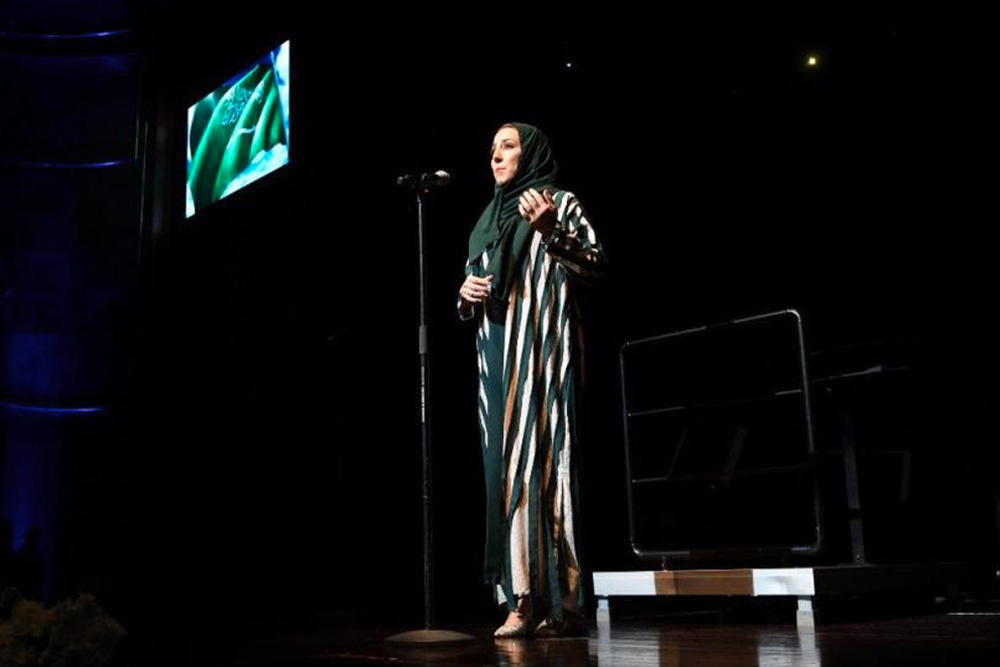 Al Bahiti, described as the first professional Saudi opera singer, features with Nugamshi, another of the Kingdom’s celebrated artists. The calligrapher has reflected the words from the national anthem by using his unconventional method, while remaining true to the tradition. And the combination of Al Bahiti’s powerful and soulful voice and Nugamshi’s contemporary calligraphy reinforces the strength and beauty of the anthem.

This isn’t the first time Al Bahiti has stunned while singing the Saudi national anthem. During her singing debut in Saudi, she opened with a surprise performance of the anthem, accompanied by  Teatro alla Scala Academy’s renowned Italian orchestra. She received a standing ovation during the Riyadh event attended by over 3,000 people. Al-Bahiti also regaled her audience while crooning the anthem during last year’s National Day celebrations at the Saudi embassy in Germany.

The video of her latest performance is designed to showcase Saudi talent while highlighting ambition, optimism and most importantly, patriotism that embodies the true Saudi spirit through the national anthem’s words.

The Kingdom of Saudi Arabia Pavilion is preparing to present the country’s talent, culture, diversity and the amazing rapid progress it has achieved at Expo 2020 Dubai next year. All the initiatives and plans that are underway are deeply rooted in the nation’s tradition and heritage. In particular, the pavilion is an ode to Saudi ambition and talent that serve as a catalyst to ensure national transformation and the realisation of the Kingdom’s vision for the future.

Watch her powerful rendition below:

About Sawsan Al Bahiti
Sawsan Al Bahiti has been singing opera since 2008. Encouraged by her academic supervisor to pursue a career in opera, Al Bahiti started developing her professional singing skills while studying for bachelor’s degree in Mass Communication at the American University of Sharjah. Now, the 33-year-old soprano can confidently belt out songs in Italian, French, German and English. And whether it’s Alessandro Parisotti’s “Se tu m’ami,” “In Mir Klingt Ein Lied’ by Frédéric Chopin or “All I Ask from You” from “Phantom of the Opera,” she undoubtedly knows how to keep her audience mesmerised.

As well as being a certified voice coach at the New York Vocal Coaching Center, Al Bahiti is the Founder of Jeddah’s The Soulful Voice studio, which offers “vocal coaching classes by certified teachers for singers and singing lovers around the world.” In addition to her singing pursuits, she is the owner of La Mamma Catering, also based in the Red Sea port city. In the past, Al Bahiti, who specialised in advertising, has worked for several big companies like Unilever and Saudi Airlines Catering Co. 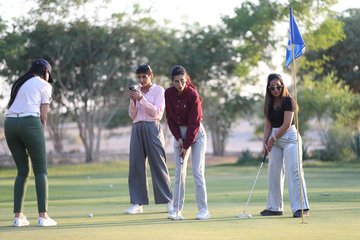 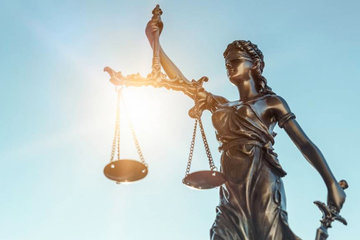