Catch the region’s leading MC and public speaker with the most popular Arab stars in “Harb Aalmeyya.” 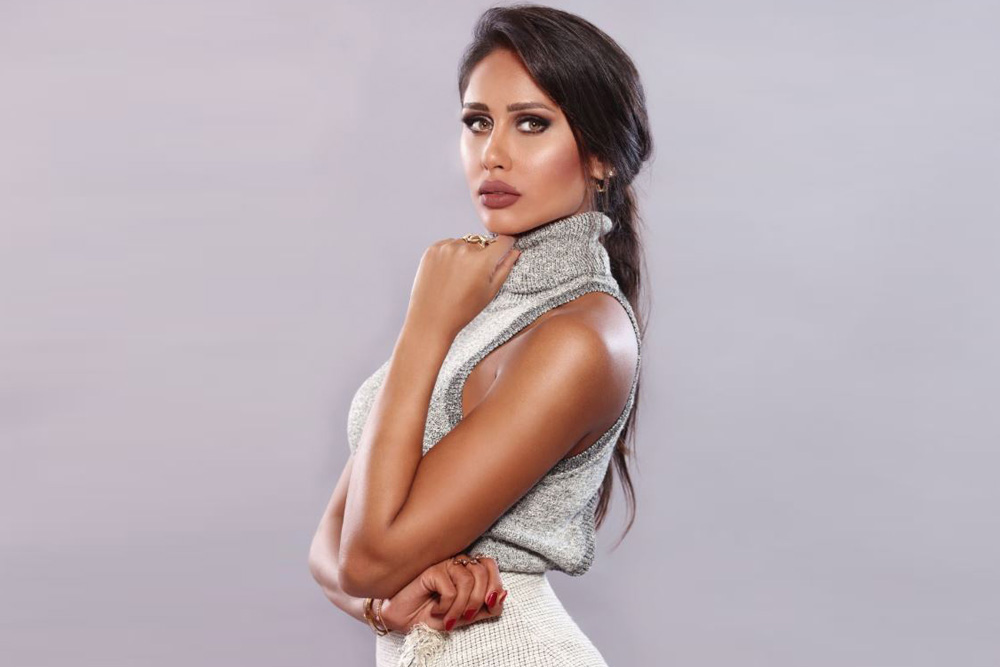 If you’re Enjy Kiwan fans like us, “Harb Aalmeyya” has undoubtedly made it to the top of your must-watch list. The popular Egyptian TV presenter, MC and panel moderator is killing it on the OSN spin-off to hit talk show “Aa’det Rigala”

In the first episode of the show that turns the tables on “Aa’det Rigala,” with the same guest celebrities deciding to wage war against men, Dubai-based Kiwan hosted Lebanese actress Nadine Nassib Njeim.

And over the course of the six-episode show, the stylish and fun-loving presenter gets to interview some of the most influential women in entertainment, including Nelly Karim, Shams, Cyrine Abdelnour, Fifi Abdou and Asala. In an intriguing reversal of roles, the female stars have the upper hand as they voice their pet peeves about men.

“Working with the team was a breath of fresh air, I enjoyed every moment and the chemistry between all of us was perfect,” Kiwan said in a statement. “The concept of the show is powerful and the first-of-its kind in the Arab world. It’s fun, light and thought-provoking.  I’m honoured to have been part of it.”

Each episode of the spin-off to OSN’s first original production includes four segments and ranges between 11-15 mins. The first segment is an interview where each guest tells UAE-raised Kiwan what irritates them about men and what they dislike the most. In the second part, viewers are taken on a behind-the-scenes set tour, while during the third part, guests discuss TikTok and film a video on the platform. Plus, the final segment involves a game called ‘I Never Lie.’

“Harb Aalmeyya” is available to all OSN and OSN Streaming App subscribers.

About Enjy Kiwan
Enjy Kiwan started her working life in the banking industry. For almost a decade, she worked as an investment analyst, financial editor, panel moderator and event organiser in renowned companies like NBAD, Thomson Reuters and Menacorp. In 2013, the mother of two boys founded Rubabikia, a vintage home furniture and accessories boutique, and by 2016, she left her banking career to pursue her passion for presenting.

Enrolling in a media academy to further hone her media and public speaking skills has helped Kiwan become a source of inspiration making a difference. The senior correspondent on Abu Dhabi TV’s “Zahrat Al Khaleej” has hosted and presented various events to do with fashion, sports, finance, children, wellness and corporate team-building. She has had prestigious projects and partnerships with leading labels and always aims to discover their true heritage and legacy and share their stories.