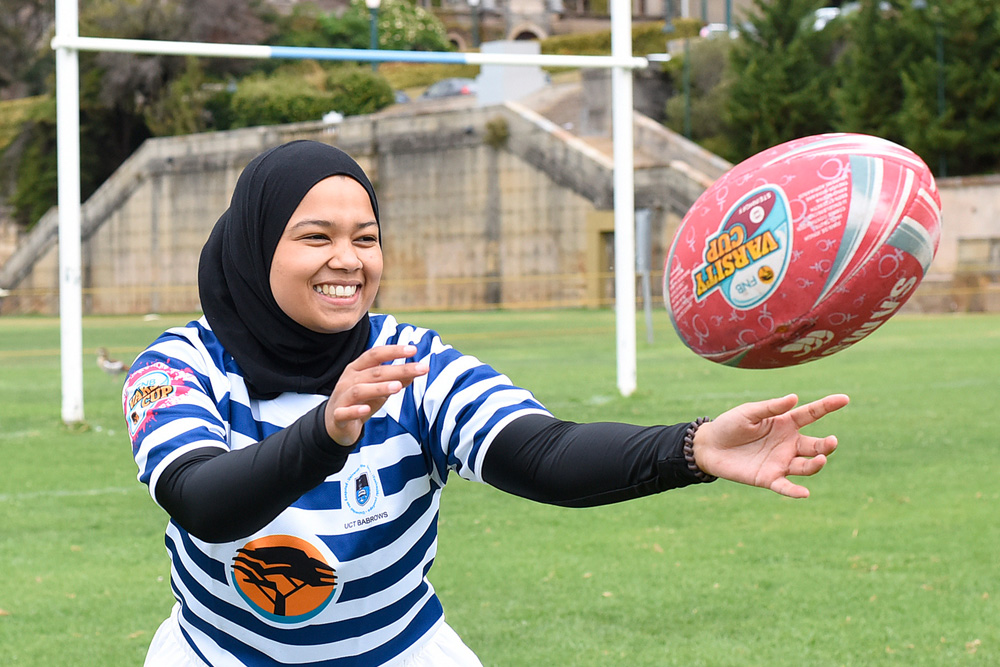 From boxing to ice skating, football to fencing, hijabi athletes have been truly owning their talent and wearing their belief with pride, refusing to compromise on either. Their unique balance of religion and athleticism has been inspiring women across the globe for years and challenging the homogeneous imagery of many sports. One such athlete who has been making headlines in the field of rugby is South-African-based Zahraa Hendricks. 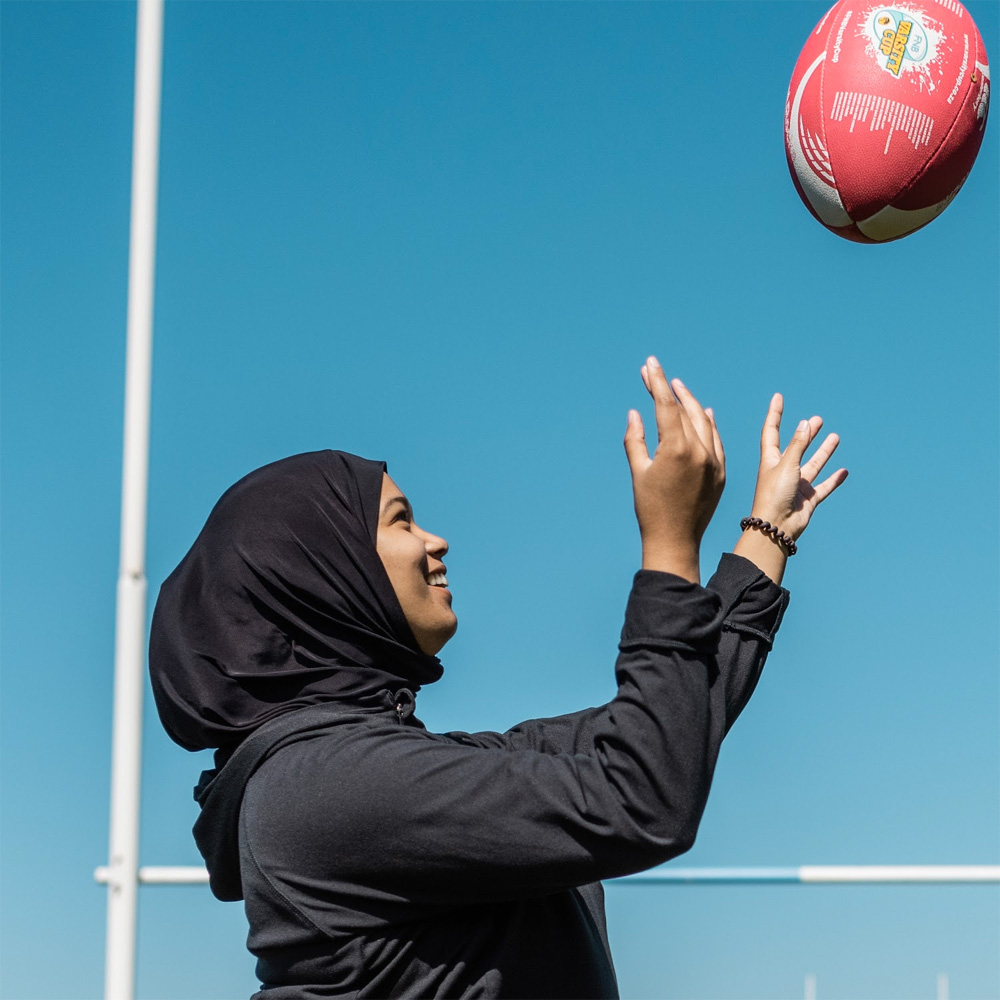 Hendricks’ popularity as a hijabi rugby player began in early 2019 when she ran onto the field as part of the University of Cape Town’s (UCT) women’s rugby team to play her very-first match. Two images of the young hijabi player was taken by photographer Cheryl Roberts and posted with a caption that read: “In South Africa, on a sports field in Cape Town today, a hijab wearing woman rugby player enjoys participating in rugby. And there are no objections to her religious attire on the sports field. Elsewhere in the world, in a country like France, a hijab wearing sportswoman was objected to. Not in South Africa. The young woman rugby player turned out for the University of Cape Town women's rugby team.”

These photos were instantly shared across the world, while also sparking a debate at home about inclusivity in sports. Just 21 years of age, Hendricks became an icon in South Africa and internationally for simply being herself.

In an article posted on her university’s website, the young athlete explained that the conversation around her headscarf has not changed much for her, saying, “I mean, this is who I am. When I go to practices, I always wear my scarf. It wasn’t any different when I was playing on Saturday […] If it had to obstruct or hinder my performance, it could have been an issue. But it didn't, and I feel comfortable wearing it and playing in it as well.”

In a piece by Sowetan Live, Hendricks also explained that as people assume that donning the headscarf is a sign of being oppressed, her role as a rugby player is to quell such falsehoods by her very presence on the field and to inspire other women who choose to don the headscarf to pursue their love for contact sports.