The Kingdom boasts some of the region’s most abounding heritage spanning thousands of years. 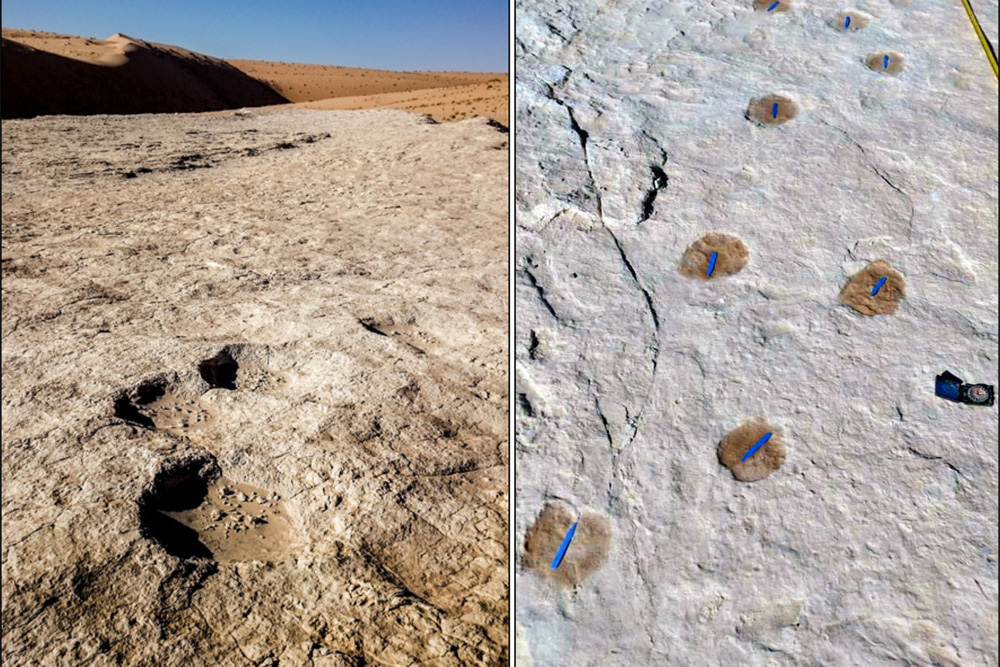 A group of Saudi and international archaeologists have discovered ancient human and animal footprints, dating back over 120,000 years in Tabuk, which is in the northern part of Saudi Arabia. The groundbreaking discovery, supported by the Kingdom’s Heritage Commission, marks the first scientific evidence of human life on the Arabian Peninsula and gives us a rare glimpse into the ancient ecosystem that existed alongside the area’s human inhabitants.

A total of 107 camel footprints were unearthed at the site, as well as 43 elephant footprints and prints of antelope and bovine species. Plus, hundreds of fossils were found at the site, including 233 skeletal remains of elephants and oryx. Signs of predators were also located through identifying traces of tusks found on the bones, indicating that carnivores fed on these animals.

We are excited to announce our discovery of human and animal footprints dating to around 120,000 thousand years ago in the Nefud Desert in northern Saudi Arabia. The article will be published later today in the journal Science Advances. https://t.co/46RrIlO1VS

The finding was made by the Green Arabia Project, a joint collaboration between several international universities and Saudi institutions that focuses on the prehistory of the Arabian Peninsula, studying the impact of the changing environment on human and animal life. The international universities include Germany’s Max Planck Institute for the Science of Human History, the UK’s University of Oxford and the University of Queensland in Australia. The Saudi establishments involved, meanwhile, are Riyadh’s King Saud University, the Saudi Geological Survey and Aramco. The endeavour was overseen by the Heritage Commission, one of the Ministry of Culture’s 11 sector-specific commissions.

“Discoveries such as these help us to contextualise the Kingdom’s history, allowing us to better understand the journey of our forebears from ancient civilization to where we are today. The Kingdom boasts some of the region’s richest heritage spanning thousands of years, and this discovery demonstrates what can be learned from Saudi Arabia’s diverse landscape,” Dr Jasir Alherbish, CEO of the Heritage Commission, said during a press conference. 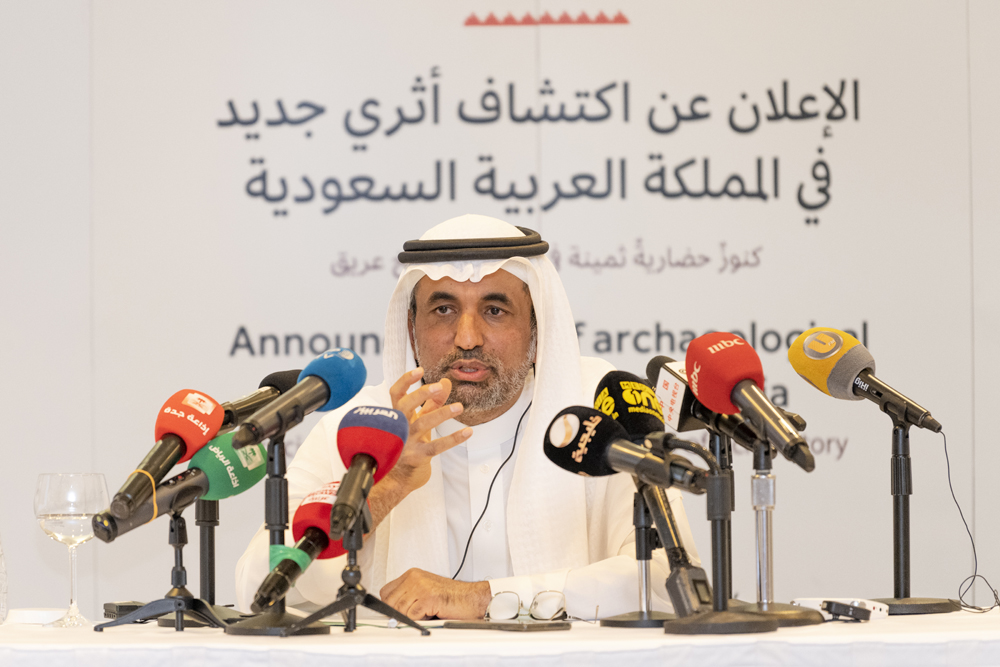 Alherbish also said the Saudi archaeologists and researchers who worked alongside international partners to uncover, verify and preserve the newly detected treasures were highly qualified. The head of the Heritage Commision added he hoped discoveries like this will inspire the next generation of Saudi historians and archaeologists as they “continue to uncover more of the Kingdom’s untold history.”

#HeritageCommission is now announcing the details of the new archaeological discovery “Human and animal footprints dating back more than 120,000 years” pic.twitter.com/t7wdhsnGmX

The Heritage Commission oversees the Kingdom’s heritage sector, promoting, documenting and preserving Saudi Arabia’s tangible and intangible heritage, handicrafts and craftsmen and women. The commission is overseeing the conservation and restoration of a number of archaeological sites, which will eventually be open to visitors, in line with its efforts to promote national heritage domestically and internationally. Plans to host archaeological exhibitions locally and abroad are also underway. Additionally, the Heritage Commission will support the preparation and publication of archaeological research.